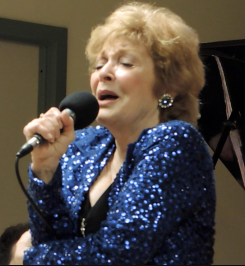 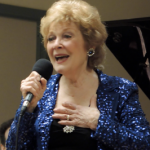 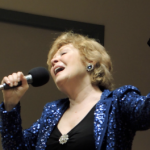 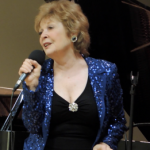 The MAC Award Winning New York Sheet Music Society held it’s monthly meeting at Musician’s Union Hall on April 12, 2014. As part of these programs, the entertainment was none other than that sparkle plenty ball of fire, Tony nominated Anita Gillette.  It was a packed house as Ms. Gillette took stage with the cabaret show she had debuted at Birdland, After All, and has since performed at St. James Studio in London, the Metropolitan Room, Feinstein’s and Cape May Stage. She was awarded a Bistro Award for the 2013 season and is the 2014 recipient of the MAC Award. 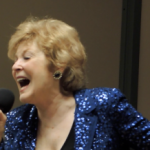 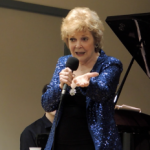 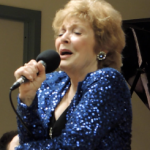 Her film and TV credits include: Mona the mistress in the film Moonstruck; Tina Fey’s mother in 30 Rock (and many other mothering roles as described in the video); she was recently seen on Modern Family, and on Blue Bloods. She has more than fourteen Broadway shows to her credit, including Chapter Two (Tony Nomination, LA Drama Critics Award).  She was Sally Bowles in Cabaret. Other shows include Carnival, Gypsy, Guys & Dolls, Don’t Drink the Water, All American, Jimmy, They’re Playing Our Song, Brighton Beach Memoirs, Mr. President.

Accompanying Anita were Paul Greenwood on piano (and vocals) and Steve Doyle on bass (and vocals).

For information on future programs and membership:  www.nysms.org