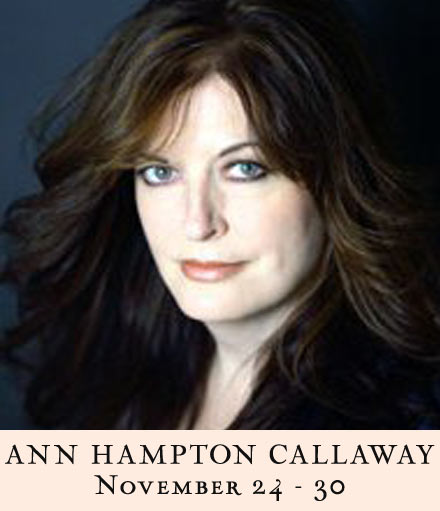 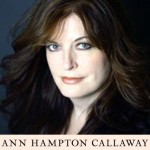 Ann Hampton Callaway certainly deserves points for honesty. So many cabaret shows seem to be little more than an amalgam of a performer’s favorite songs, without rhyme or reason. But Callaway – a superb tunesmith herself – admits by the title of her new show at 54 Below, “Songs I Wish I’d Written” that what we’re about to hear are great tunes she simply would have loved to pen herself.  And not only were the dozen or so selections Callaway chose on Monday night truly among the greatest songs of the 20th Century, but each was performed brilliantly by this wonderful entertainer.

Callaway kicked off the proceedings by showing off her considerable jazz chops in up-tempo, scat-filled renditions of The Gershwins’ “Our Love is Here to Stay” and Cy Coleman and Dorothy Fields’ “The Best Is Yet to Come.” However, just minutes later, the entire room was enveloped in silence during her spellbinding, thoughtful take of John Kander & Fred Ebb’s “A Quiet Thing.”

In a show where every number was a highlight, it can be hard to choose the finest moments. I particularly adored Callaway’s forceful, almost Gospel-like version of Simon & Garfunkel’s “Bridge Over Troubled Water,” a gorgeously introspective take on Joni Mitchell’s “A Case of You” (in which Callaway accompanied herself on the piano), a full-out “Don’t Rain on My Parade,” that practically tore the roof off the club, and a strikingly heartfelt “Somewhere” that practically moved me to tears.

You may feel differently, preferring Jerome Kern and Oscar Hammerstein’s glorious “All The Things You Are,” Leslie Bricusse and Henry Mancini’s soulful “Two for the Road,” or Jerome Kern and Dorothy Field’s jaunty, feel-good “Pick Yourself Up.” And fans of classical music will certainly thrill to music director Ted Rosenthal’s imaginative reworking of George Gershwin’s masterpiece “Rhapsody in Blue.”

Two things about this show are not in dispute. There could be no finer encore (especially given the holiday season) than John Bucchino’s cabaret classic “Grateful,” which Callaway sings with a piercing sensitivity. And when Callaway sings the song she most wishes she’d written, “Happy Birthday,” she has a perfectly good explanation. “It’s the highest grossing song of all time,” she says with a laugh.