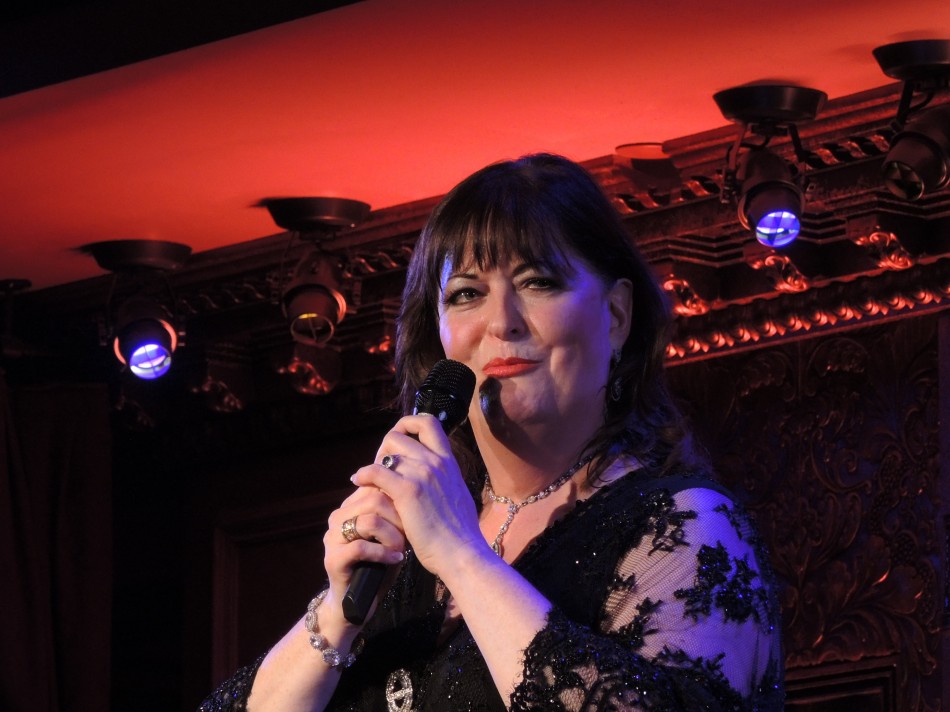 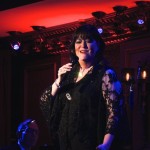 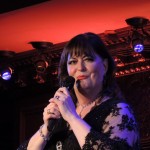 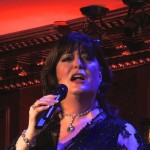 Why do we sit in cabarets and clubs? We hope to hear and see a performer confident and talented enough to bare one’s inner-most secrets and reveal their soul – the beauty and depth deep down inside that says this is why I’m unique, this is why I sing. It’s not too often the experience is rewarded with this truth.

Tony Nominated and Platinum Award-winning songwriter, Ann Hampton Callaway is this performer in “Turning Points,” her most personal show, that opened on November 23rd at 54 Below. With joy, with pain, with resilience and love, she reveals her life from childhood days growing up in Chicago, and so much more.

After a long labor, she’s sure the Doctor must have said to her Mother, “Mrs. Callaway . . . it’s a Diva!” And what a Diva – – with a richness of spirit, and a vocal prowess that soars up, around and through notes as it curves and winds with an ease that is strikingly beautiful.

Ann brought her own special lyrics to Pete Seeger’s “Turn! Turn! Turn! as she presented an evening of defining moments – good, bad and real turkeys!

Inspired by her parents, who loved the standards and jazz, and she, being an old soul, spent many an hour as a young girl writing poems and keeping a journal. And though gripped by a fear, she followed Grandma’s philosophy – the Optimist’s Creed – and learned to “Pick Yourself Up” (showing off that wide vocal range peppered with scat throughout many a song).

Her search to be a true artist in High School resulted in a rejection (she didn’t get into the college of choice but sister Liz did), the turning point expressed with fortitude and passion in a real gutsy “You’re Gonna Hear From Me.” But she surely broadened her education when she and Liz came to New York City (a slow bossa “The Island” – music Ian Lyns/Vitor Martins, English words Alan/Marilyn Bergman).

Ann’s real break came when she was doing a show at Don’t Tell Mama and Fran Drescher came in and said “You should write for my TV Show,” and 7 years later . . . as her accountant succinctly put it, it was my finest work to date! – “The Nanny Named Fran.”

The blow-me-away song of the evening was “Blues in the Night (Arlen/Mercer) – a wailing from deep down inside that explodes and clutches – each lyric its own story of soulfulness.

With the loss of her father five years ago, Ann wrote a poignant, heartfelt, personal remembrance to the man who gave her dreams and her mother who sang each day – “There’ll Always Be Chicago.”

She openly spoke about her recent fright dealing with breast cancer thankfully caught early; speaking with friend Sylvia McNair who told her “you’ll never sing with more heart and gratitude as you do now” (“Grateful” –John Bucchino).

Her personal milestones include a recent marriage to her beloved – “The First Time Ever I Saw Your Face” (Ewan MacColl) and “Finding Beauty” (Ann Hampton Callaway) finalized with “Sadie, Sadie” (Styne/Merrill).

This no holds barred performer is a joy to hear and see and, with Ted Rosenthal on Piano, Martin Wind on Bass, Tim Horner on Drums, and direction by Dan Foster, this is a must-see!