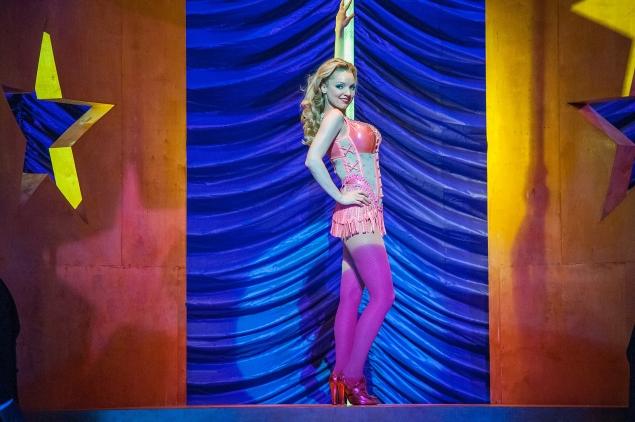 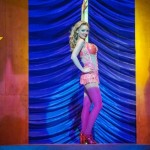 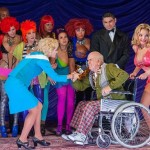 The New York City Opera and the Brooklyn Academy of Music’s production of the contemporary opera Anna Nicole is a triumph but it is also a very sad occasion because it will be, unless an enormous amount of money is raised, the last production of the venerable New York City Opera. Without close to $40 million, they will not be able to complete this season.  Their productions, since they left their Lincoln Center home two years ago, have been acclaimed by critics and audiences.

With the stunning creative team imported from the 2011 Covent Garden production, Anna Nicole is one of the most exciting visual productions we’ve seen in years.  All the American singers from the world of opera and musical theater sing the tongue twisting lyrics and Kurt Weillian musical score (think Mahagonny) without a mishap!  Let me list them now:  Composed by Mark-Anthony Turnage, with libretto by Richard Thomas (Jerry Springer the Opera) and directed by Richard Jones (nominated for a Tony for La Bete,) with set design by Miriam Buether, costume design by Mimi Jordan Sherlin & D. M. Wood, choreography by Aletta Collins.  The conductor was New York City Opera’s Steven Sloane.

It’s a saga of the American dream as personified by Anna Nicole Smith who wanted to make something of herself, and after having a son by a co-worker leaves her small town to seek her fortune in Houston.  Anna Nicole is played by American soprano Sarah Joy Miller who created the role in London and is on stage for the entire opera.  The New York City Opera chorus have many choral scenes.  They are always part of the action and choreographed like the Rockettes, never missing a synchronized gesture!  In several scenes they wear camera type headpieces as they pursue Anna Nicole!  Her family is featured in the first flashback scene:  Broadway baritone James Barbour, unshaven and in sexy garage mechanic outfit, has an opening aria about scavengers searching his garbage for Anna Nicole souvenirs;   Mary Testa is almost unrecognizable in her costume and wig as Anna Nicole’s aunt, and internationally famous mezzo soprano Susan Bickley has the second biggest role as Anna Nicole’s mother.

In Houston, Anna Nicole gets a job as a pole dancer and is advised, in a hilarious aria by co-worker Cristina Sajous (Spiderman, Baby It’s You) that she needs bigger breasts to make bigger tips!  There follows a hysterically funny scene with the Doctor Yes (tenor Richard Troxell from Pennsylvania) about the many sizes of implants she can choose, and of course she chooses the biggest ever!  He warns her that she will have back pains supporting those breasts but she goes ahead with the operation, singing a long aria with lots of high notes, as she gets the implants!  Miller is dazzling in this aria and the transformation is stunningly staged!

She returns triumphantly to pole-dancing and meets the billionaire J. Howard Marshall II (sung exquisitely by Metropolitan Opera tenor Robert Brubacker.)  He has been married several times before and has children by his previous wives.  He showers Anna Nicole with gifts of expensive jewels and furs and clothes but she wants a ranch for herself and her son!  In an explicitly simulated scene Anna Nicole gives the wheel chair bound Marshall a blow job and gets the ranch!

There is an extraordinary wedding scene, with Anna in gorgeous white dress on a heart-shaped cake!  Her mother doesn’t approve and attorney Howard Stern (sung by Rod Gifrey, of Master Class and Previn’s Streetcar Named Desire fame) gives her his card.  Her young son, sung at the performance I saw by Finn Robbins, starts giving her all the pills she needs to ease her back pain.

The second act gets grimmer. Anna on a giant bed suffers from back pain.  She loves red carpets on her feet and throws wild parties again with the chorus gallivanting all over the stage, her original family among them.  Marshall collapses and dies without a will.  His family refuses to give Anna any money.  She wants half a billion.

There begins a ten year series of court decisions and reversals, projected on a drop with a gigantic poster of Anna.  Ten years pass, and Anna Nicole goes on Larry King (opera tenor John Easterlin) to present her case.  She is in such pain she has to take her pills now administered by her older son (sung by Nicholas Barasch, the gifted young man who sang “Somewhere” in the last West Side Story revival and was paired a lot with Chita Rivera in Drood.)

Stern allows the press to see every day of Anna Nicole’s life.  She reveals to him she’s pregnant again and he arranged her child birthing to be sold on a Pay Per View channel.  Three days after the birth, Daniel crawls into her bed and dies of a drug overdose.  Barasch has an astonishing aria that is nothing but a listing of all the pain killing addicted drugs he has ingested.

Anna loses the will to live after that and zips herself into a body bag and allows herself to die as the camera keeps filming her.  All she ever wanted was to “blow you….a kiss,” she sings as she dies as all the cameramen and women close in on her!

The entire cast and conductor receive standing ovations!  Be warned that the super titles and libretto is full of explicit sexual language. 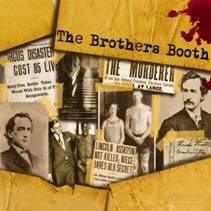 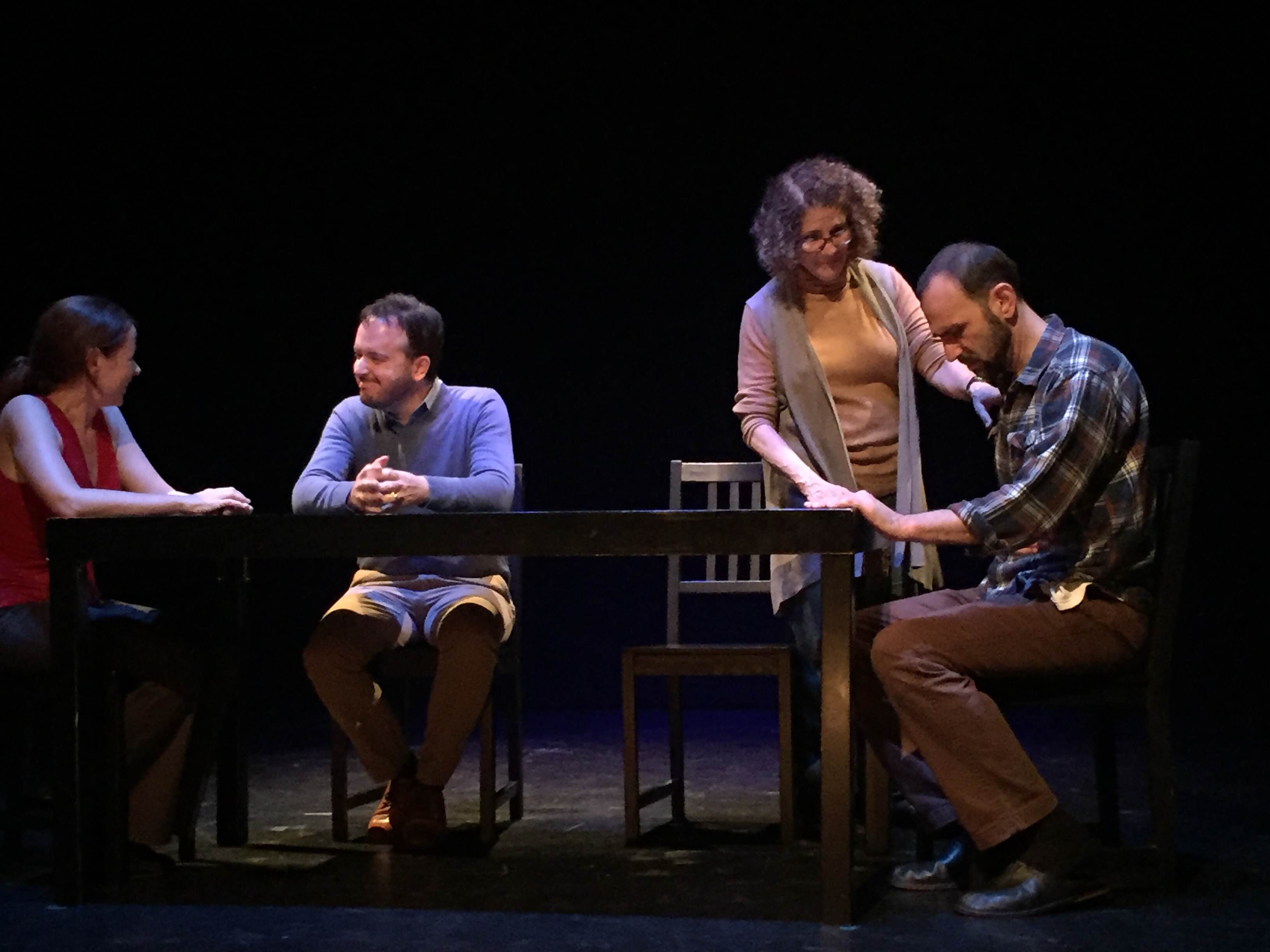 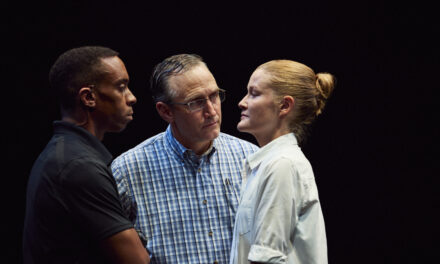