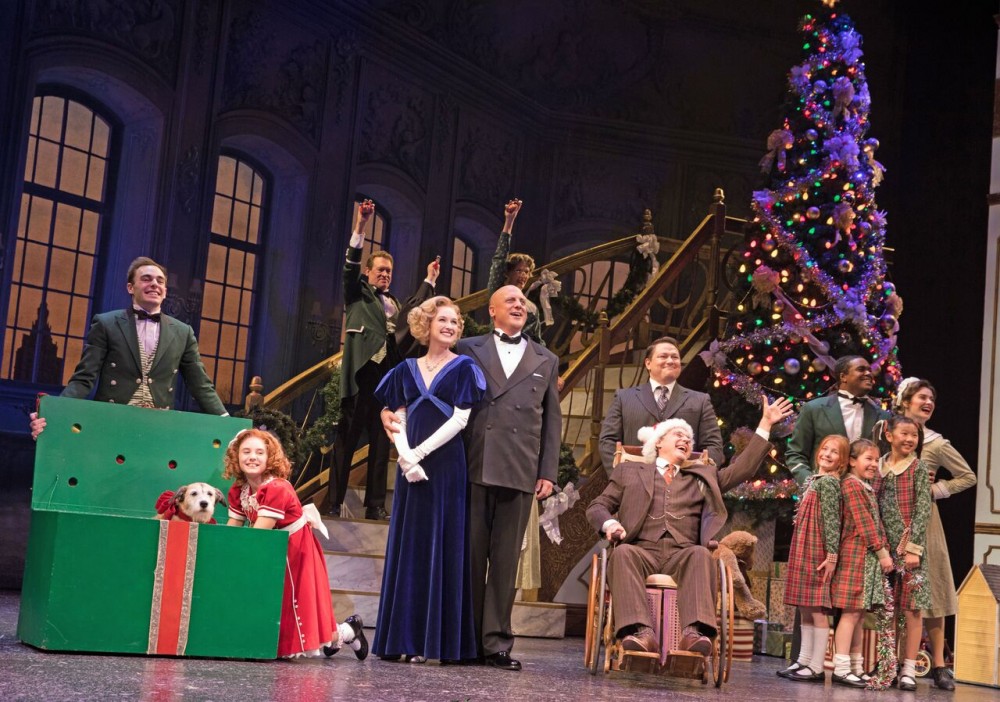 The classic Harold Gray comic strip “Little Orphan Annie” was turned into a musical which opened on Broadway 40 years ago, with a Dickensian book by Thomas Meehan, and memorable music by Charles Strouse and lyrics by Martin Charnin who also directed. Annie would then go on to win seven Tony Awards including best musical. It has now been revived at Papermill Playhouse in a sparkling production directed by Marc S. Hoebee.

The musical tells the story of little orphan Annie, who dreams of a reunion with her lost parents. Set during the depression, Annie (Cassidy Pry) is a resident of a New York City orphanage managed by the mean, drunk Miss Hannigan (a tremendous Beth Leavel). After an escape attempt, Annie finds herself welcomed into the home, initially as a temporary guest, of the plutocratic Daddy Warbucks (Christopher Sieber), who persuades the new president, Franklin D Roosevelt (Kevin Pariseau), to devote precious government resources to discovering Annie’s origins. Roosevelt seizes on Annie’s innate cheerfulness to usher in the federal emergency relief program that became the New Deal. Filled with now standard songs, Annie is a jewel. First, it’s beautiful to look at. Beowulf Boritt has outdone himself – creating a dingy orphanage/office, shanty Hooverville, ornate mansion and office for Warbucks. There’s backdrops with city buildings and the Manhattan Bridge. The settings are absolutely marvelous and work in great concert with Charlie Morrison’s spectacular lighting. Leon Dobkowski’s costumes are delightfully appropriate. Hoebee sets a brisk pace and fills it with affable performances that are cute without being cloying and sweet without being saccharine.

There’s pep from the orphans. Their group number – “It’s A Hard Knock Life” radiates energy especially Tessa Noelle Frascogna’s Molly who does a crackerjack impersonation of Leavel’s Hannigan. The orphans singing is tremendous. JoAnn M Hunter’s choreography serves the age range and ability of the cast perfectly – creating nice moments for the orphans and sweet ones with Annie and her new family. The adults fare best in this production. Sieber makes for an affably gruff billionaire hinting strongly at the emotional solitude of the inordinately wealthy, yet warming to Annie through a walk through New York City and explaining his own parentless upbringing. As always, he sings beautifully, especially his act two solo “Something Was Missing.” Erin Mackey’s Grace is gorgeous and charming. And the villains – the most colorful characters in the production are fabulous. Leavel’s Hannigan is suitably authoritarian replete with whistle-blowing, gin-swilling while also pragmatically whimsical about dreaming of life on easy street with her brother Rooster (a fine Cooper Grodin) and his scheming girlfriend Lily (Kim Sava). Pry is a fine actress, she finds heart and honesty in a straight forward performance. Her singing finds her pushing enunciation over poignancy which leaves the audience somewhat underwhelmed by her charm.

But overall, this is a winning beautiful to look at presentation with fabulous performances of an unapologetically sentimental and classic show.

Tickets and more information at www.papermill.org 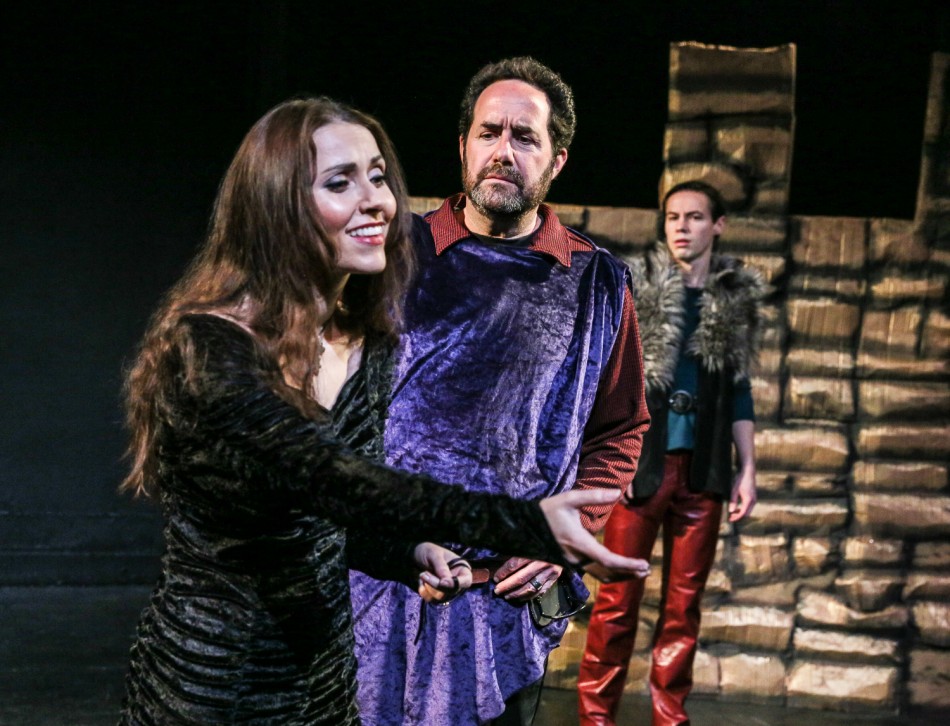 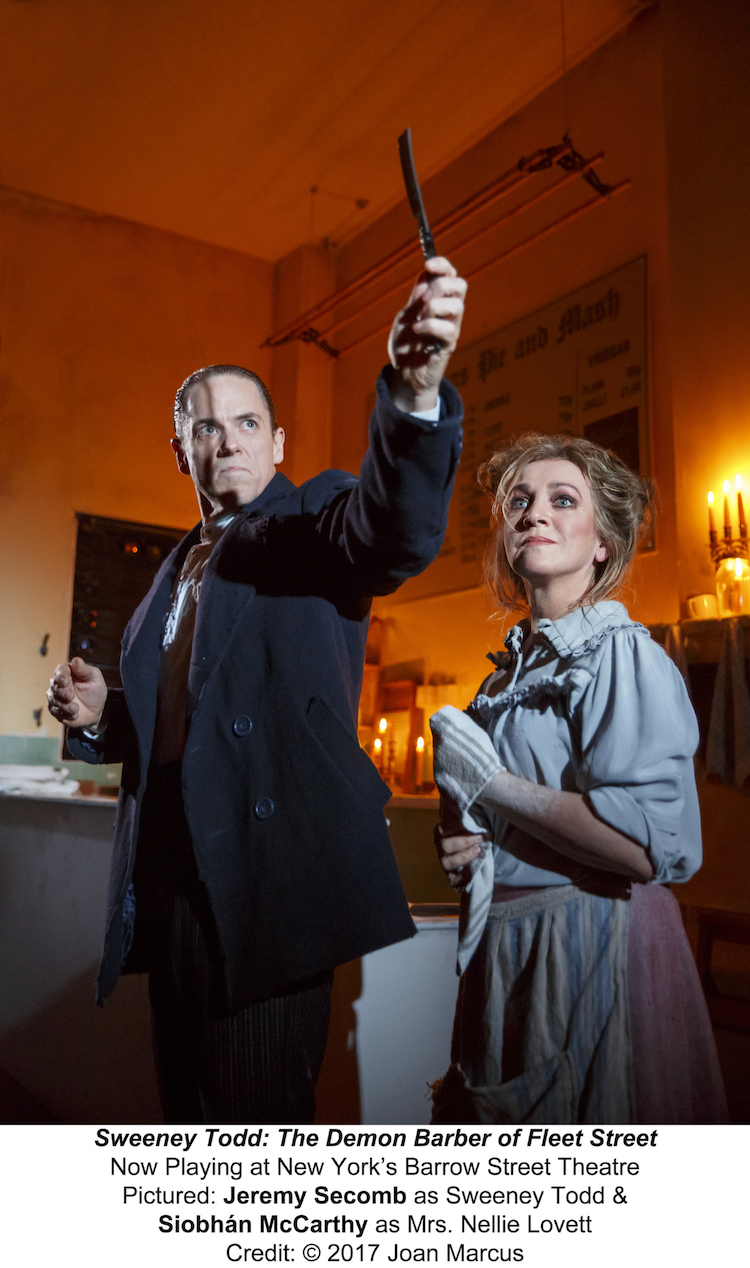