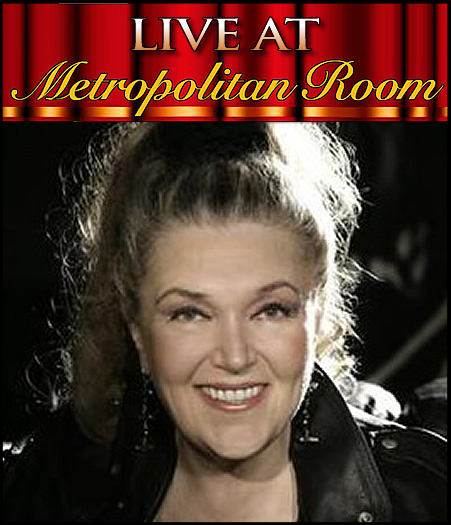 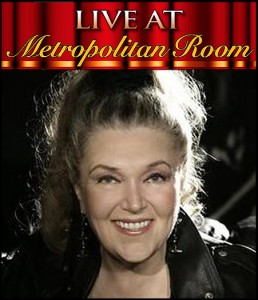 If you’ve seen Baby Jane Dexter’s previous multi award winning shows or, if you are one of the unfortunate ones who has never seen any of her cabaret acts, you must see her very special new show, “It’s Personal,” which opened Saturday night, November 7, at the Metropolitan Room. Every one of her previous shows has been better than each of the one’s before, but this time, as soon as she opens her mouth on her first number “I’m In Love Again” (Cy Coleman/Peggy Lee/Bill Schiller), you will be aware that her voice is stronger than ever and her great acting chops are enhancing lyrics which you have heard before with a freshness that impart extraordinary meaning. This song is addressed to the audience and her gestures during it embrace us, the audience full of old friends and special cabaret writers, with an abundance of love. She is accompanied by her music director for 28 years, the gifted Ross Patterson, whose symphonic playing on the music breaks can take your breath away!

There is no dialogue or patter between the first five songs, which flow one to the next and include Abbey Lincoln’s “Painted Lady” (with lyrics about her on stage image,) Billy Roy’s “Bargain Day” (about wanting to trade her broken heart for a new one), a funny “Do Right Woman” about a woman who will do right during the day for her man if he will do right for her during the whole night! And “Razor,” a savage plea to another man.

When she finally talks she tells us that for years she has been called a blues singer. She never thought of herself as a blues singer so she did some research about the blues and Dexter’s version of “The Birth of the Blues” surpasses every other version, including those of Sinatra and Sammy Davis Jr.  She croons, she wails, and Patterson rocks on the break. Without stopping she goes into “The House of the Rising Sun,” which she’s been singing for years (it was her audition piece for “Hair” more than sixty years ago) but she has never sung it with more emotion and lyric sensibility, and there is only one word for this section “perfection.”

Dexter teases us with a Lance Horne original about a woman following her man and breathing on his back and begging him to look back at her. The title of this song is finally revealed (but not by me here) and it has to do with one of the great Grecian myths.

Cole Porter’s “Experiment” was introduced by the great Elisabeth Welch. Dexter attacks this song with joy, and in the middle discusses Cole Porter’s life and times and his special way of injecting tidbits about his private life into his songs.  Suffice to say that Dexter’s version is the one everyone will need to refer to in the future.  She segues into a rowdily rhythmic funny song, with tongue twisting rhymes by Ian Axel and Chad Vaccarino. It’s very politically appropriate for citizens of the United States since the Supreme Court decisions last summer and funny as hell.

Dexter calms down and with a blue background on the rear screen and single spot on her face (Jean-Pierre Perreaux’s always superb sound and light), heartbreakingly sings “Blue Moon,” soaring to effortless high notes but muting the happy ending.

Dexter does her entire show seated in a chair with a music stand to her right to which she never has to refer. She tears into “Zing Went The Strings Of My Heart,” changing keys on each chorus and holding the last high note for an unwavering length. Standing ovation!

Before her encores, she reveals that Julie Wilson came to every single one of her performances and this is the first one without her. In honor of Wilson, Dexter sings a very tender “For All We Know” and then stands up for her traditional closer, REM’s “Everybody Hurts” which is very rueful this time.

There is no performer anywhere, anyplace who can compare to Baby Jane Dexter. “It’s Personal,” demonstrates all her artistry and is a must-see!