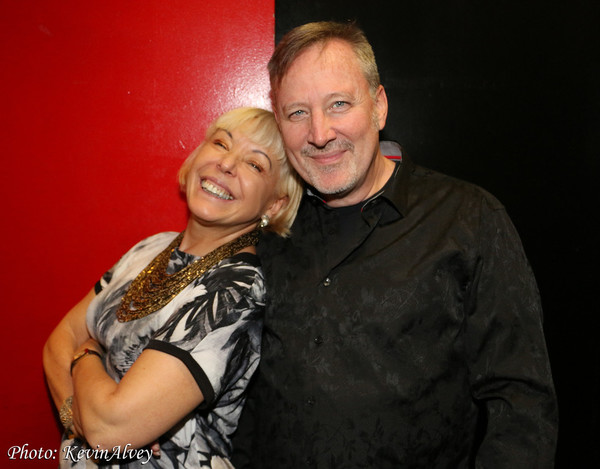 A Celebration of the Music of The Beatles If you haven’t seen Barb Jungr and John McDaniel’s state-of-the-art tribute show, Come Together: A Celebration of the Music of The Beatles, it’s hard to fully appreciate the social and philosophical significance of Liverpool’s Fab Four. At Don’t Tell Mama, Jungr, acclaimed song interpreter and Grammy/Emmy award composer and pianist, John McDaniel, present a dynamic revisit to the 1960’s, displaying the Beatles’ ingenuity that continues today with import and sensitivity.

Approaching her songs with intelligence, Jungr is peerless with precise phrasing for a song’s essence, delving into the lyrics and emerging with the truth. Using expressive body language and vocal distinctiveness, Jungr fluidly delivers her eclectic songs with rich pathos and spicy humor, zeroing into the eyes of the audience. The songs are rarely introduced by name, but from the first chords, their melodic poetry comes to life hinting of fresh perception. You hear them differently and feel their core, like the show’s opener, “Got To Get You Into My Life,” which serves as a general welcome instead of a hopeful love affair. On a bleaker side, you can’t help but feel the grim anguish in Jungr’s powerful rendition of “Eleanor Rigby” where McDaniel’s harmonies add to the heartbreak.

Jungr customarily forms her songs into theatrical three-act-plays. She recalls her youth outside Manchester with an expressive medley of innocent favorites, “And I Love (Him),” “All My Loving” and “All You Need Is Love” and “I Will.” Jungr’s voice darkening, she moves on with admissions of male aggressiveness in “I’m Getting Better” and promises love with an impeccable, “Here, There, Everywhere.” The line in “For No One,” “A love that should have lasted years...,” poignantly illustrates a couple’s breaking apart.

George Harrison’s sardonic counterculture statement, “Piggies,” drifts into Paul McCartney’s “Penny Lane,” with reminiscences of a Liverpool area he and John Lennon knew. With a psychedelic lyric of sunny skies, dashing in from the rain and selling poppies in winter, Jungr’s wry expressive observation of “very strange” hits the spot.

Jungr remarks that most of the Beatles songs were written by John Lennon and/or Paul McCartney. Whoever presented it first to the group would get first listing. This changed, however, when McCartney did not attend an important meeting where it was decided that all their songs would be listed as Lennon-McCartney, no matter who the writer. McCartney was deeply resentful for years because he had written more songs than Lennon.

Geroge Harrison wrote far fewer songs than either Lennon or McCartney but he did write some treasures. A highlight in this show was music director/arranger John McDaniel’s vocal and piano rendition of his favorite Beatles song, “While My Guitar Gently Weeps,” the melody lustrous with all the sophistication of a fine ageless song. Jungr delivered a pairing of Harrison’s exquisite “Something” with a thoughtful aura that built to an energizing “The Long and Winding Road,” with Jungr’s foot-stamping emotional determination.

On harmonica, Jungr shone with the blues, and she and McDaniel exploded into an exhilarating blues/rock, “Come Together,” closing the show with crazy “joo joo eyeballs, muddy water and Mojo filter.” The encore, “In My Life,” slowed things down but this exceptional show validates why the Beatles songbook remains relevant in today’s world.