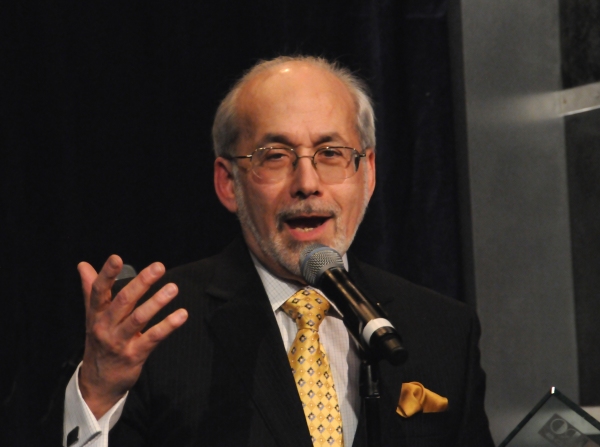 Barry Levitt, a gentle man, a talented musician, orchestrator, arranger, songwriter, a brilliant professional, known to everyone as the Maestro.

On September 19, as the Maestro had finished rehearsal with Dawn Derow for her show ‘My Ship’ at the Beechman Theatre, Barry was standing at the bar, when he suddenly and without warning collapsed and fell to the floor from a massive heart attack. With him were Dawn, Michael Stever (who was to film the show but wound up filming his last moments – see footage), along with press rep and friend Richard Skipper, Tom Hubbard (bass player) and Jeff Harnar. Dawn rushed to Barry’s side as manager Kenny Bell called 911 while Dawn and friend Sheri Newman administered CPR (along with a waitress from the restaurant upstairs) waiting for the paramedics to arrive. Barry was taken by ambulance to Mt. Sinai West. He did not regain consciousness and passed away on September 21 at the age of 70. Aside from being the go to for so many singers, and working with the best of the best, he was also a past President of MAC, a MAC Award recipient and producer of MAC Award shows, produced and musically directed the Laurie Strauss Leukemia Foundation Annual Concert at Carnegie Hall, gave Master Classes, was Musical Director for Catskills on Broadway (Broadway, 1991),was orchestrator for Swinging on a Star (Broadway, 1995), conceived and wrote with Brenda Levitt and musically directed the revue Her Song (Off Broadway, 2006), he produced, arranged and conducted many performer CD recordings, wrote many songs with collaborator Peter Napolitano and they were in the midst of writing a new musical together. Cast of Her Song The songwriting team of Barry Levitt and Peter Napolitano He was husband to Brenda, father to Dori and grandpa to 6 year old Thor.

Personally, I can never forget his kindness and creative musicianship as musical director and arranger for ShaRell Productions (Sandi Durell & Shari Upbin) beginning in 2004 for our revues which we collaborated and created together, that included Timeless Divas, Broadway Live, Hollywood Live. He worked tirelessly with our casts. They loved him as much as we did for his professional, kind and gentle manner. And we schlepped him from booking to booking – to Florida, New Jersey, Long Island and Manhattan. He was a joy to work with and a friend. Barry was an integral part of so many lives in the cabaret community. Our hearts are heavy. His lovely wife Brenda wrote this extraordinary tribute to Barry:

“I am here in the room where Barry stayed in his beloved Theater District, in his beloved Manhattan. I’m surrounded by the things that filled the Maestro’s life. There are: a few family photos, his clothes, his tie collection, his berets, vitamins from the Westerly, an apple, a bottle of water, a collection of books ranging in subject from climate change to humor. And there is music. The room is filled with music. Music he wrote. Music he was writing. Scores. arrangements, lead sheets. Music for his beloved musicians to play. Music for his beloved singers to sing. Music stacked on shelves. Music stacked on the floor. Music on CDs. Music on his Mac Book. All his beloved music. Soon I will have to remove all these things to which I am clinging. I will lift my head from his pillow and turn back his blanket, I will have to let them go. I will take off his shirt, shower with his soap, and dry myself with his towel. I will have to let it go. I will have to let him go. He was spirited away to some greater venue where all those taken by The Music eventually engage each other in song. What remains is love. My love for him. Our love for him. His love for music. It was his genuine urgency to connect people to the time of the universe. It was his joy every time one of his singers made a deeper connection to The Music. It was his elation every time he and his fellow musicians had a deeper conversation in The Music. I could shake my fists and rail against The Music for taking him from me, but he was never mine. From the first note I heard Barry play it was clear. He belonged to The Music. He was music. The human form was just a delivery system which I was privileged to assist and cherish. Please share his joy in returning to his source.”

To Brenda, daughter Dori and family: we are shocked at the big wide hole left by Barry’s untimely departure, our hearts are heavy. But as Brenda so beautifully wrote . . . he is with The Music, always. And he will remain in our hearts and thoughts, always. Rest in peace dear beloved Barry! A memorial is being planned and will be announced.