Going back in time makes us think.  In the dreary months between 2007 and 2008, a married couple suffers.  On stage, a shiny bathtub, a toilet, and a sink accompany the dream of a finished, built-in bookshelf in an apartment in Castle Green, a building in Pasadena, California.

Dreams of middle age often never get fulfilled, and this is particularly true for Rachel Cohen Norquist (Fredi Bernstein) and Will Norquist (Asher Grodman).  Rachel is an attorney based in Los Angeles with a past in Brooklyn.  Will is a working man, equipped with a hammer and tool belt, working with a promised credit line of $30,000.  Together, they’re really an average couple, struggling with AA meetings, mistaken moves, and a bathroom harassment story.  If they didn’t have concerned parents or a traditional strategy of getting through tough times, one would think their existence was of little consequence.

The time capsule was appreciated. Beautiful Pasadena really brings us back to those bored encounters of late 2007, shattered by the time 2008 rolled in.  The Artistic Staff deserves a nod for including t-shirts with visual reminders of political figures who never made it past the 2008 Election Cycle.  After the larger framework is established, the audience is able to inspect the interpersonal relationships under a microscope.  The cast doubles in the production, and what results is a type of actor’s theater.  The She Arts NYC Summer Theater Festival bills itself as an “Artists for Artists” Festival, and it’s really there.  However, the entire direction by Jamie Richards never feels completely realized.  The stage is a general kind of bare.  There is desolation, with moments that are cold and distant, yet witnessing Rachel and Will’s complicated thirty- something malaise never completely feels cathartic.

That being said, the characters created by Jen Rudin are entirely believable and the story is deeply credible.  The overall production, however, is missing that certain something that is the reason why we would attend a play at the recently refreshed Connelly Theater, past the agonizingly rebuilt Lower East Side, located in the East Village between Avenue A & B.  Impact must be endured.  You get a sense that the She NYC Arts Summer Theater Festival Coordinators had a sense of what circumstances might surround this 2019, and thought to include a time-capsule drama within their larger Festival, filled with new works by women artists.  I only got to see this one show, but let’s hope that the other works in the 4th year of this Festival contained as much truth as Beautiful Pasadena had to offer. 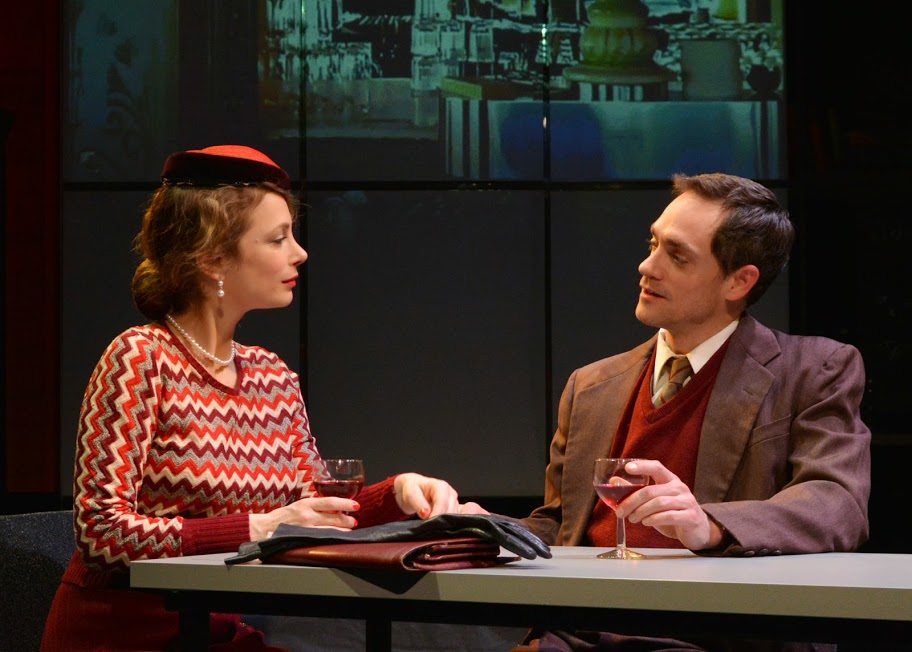 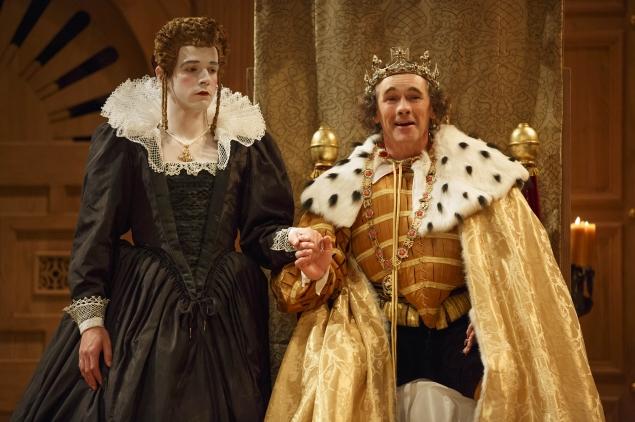 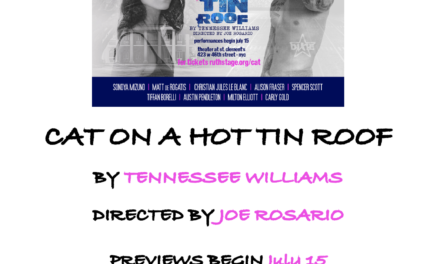 New Production of Cat On a Hot Tin Roof 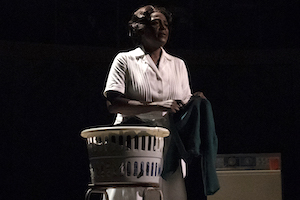