How does one effectively create a musical about the most flamboyant entertainer in history? Well, to better understand the man, his music, his genius you might want to begin by seeing the big Broadway-style production currently part of this season’s New York Musical Festival at the Acorn Theatre on Theatre Row. Barbara Carole Sickmen, responsible for the music and lyrics (some written with Johnny Rodgers and other songs with Dan Dougherty and Jack Yellin) having also conceptualized the original story, has been working in tandem with Roger O. Hirson (book). This has not been an easy task . . . it is the life, soul and blood of Ms. Sickmen, a passionate woman with a vision.

You’ll get the entire scenario of where Walter Valentino Liberace began as a child prodigy – son of a laborer/classical musician and a mother who would have preferred he continue as a concert pianist as would his father, rather than making a living playing more popular music in clubs, like Sam Pick’s Roadhouse, and at weddings and private parties, and especially playing jazz. But he was slated for greatness because he had flair, showmanship and smarts. In this two-act production, reminiscent of the nostalgia of a Broadway long past and for which many theatergoers crave, under the direction and choreography of Paul Stancato, the title gives rise to the subtext upon which this musical relies . . . Liberace’s connection to the mob and specifically to Ben (Bugsy) Siegel, his moll and girlfriend Virginia, when they approached him at the famous Stork Club, and the influence they had on Liberace’s career specifically in Las Vegas where Bugsy was building the Flamingo Hotel, along with Liberace’s days in Hollywood and even his stint in Havana, Cuba playing at the Hotel Nacional, at the request of Al Capone. The showgirls wear feathers and teeny weenie costumes and they’re cute and funny, and the narrator is none other than the always reliable Joel Blum who plays London columnist Cassandra (William Connor) who outed Liberace implying his homosexuality. In the fray are Sophie Tucker (Janet Aldrich who also plays Liberace’s mother Frances) to sing a song or two (a double entendre “The Yellow Canary Diamond”). There’s even a short scene with Roy (better known as Rock Hudson) with whom Liberace had a secret affair.

The title role of Liberace is played by Samuel Floyd, who reeks of feminism in the role as he should, has a nice voice, and wears spectacular colorful and shiny bling costumes, rings and furs (designed by Kurt Alger) along with the rest of the cast whom Mr. Alger dresses. Outstanding is Eric Briarley who plays Ben Siegel and possesses a wonderful presence and vocals as does his moll Virginia (Haley Hannah). Buzz Roddy plays Liberace’s father, but does a bang up job as Seymore Heller, Liberace’s lifelong agent.

Many of the songs are upbeat and specifically carry the story line along – highlights include “Representation,” “Sin City Lament” “Too Much is Never Enough” –“ Ben, Virginia and Me” and “Mr. Showmanship.” There are fancy song and dance production numbers and terrific projections that specify scene location (by Kevan Loney). Lighting design is by Keith A. Truax and props are by Colleen Murray). The show speaks of a big Broadway musical but is still in development and needs refining and better definition. There’s a lot going on in flashback and various time periods that move from the 1930s and 40s thru the 1950s, 60s and into 1985 – from London to Radio City Music Hall where Liberace gets to dance with the Rockettes when he comes out of retirement.

Photos at after party by Magda Katz 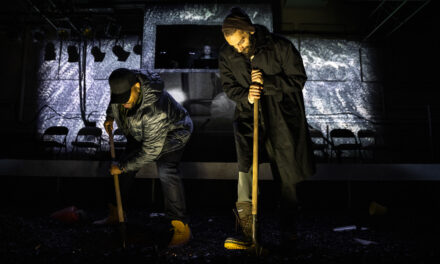 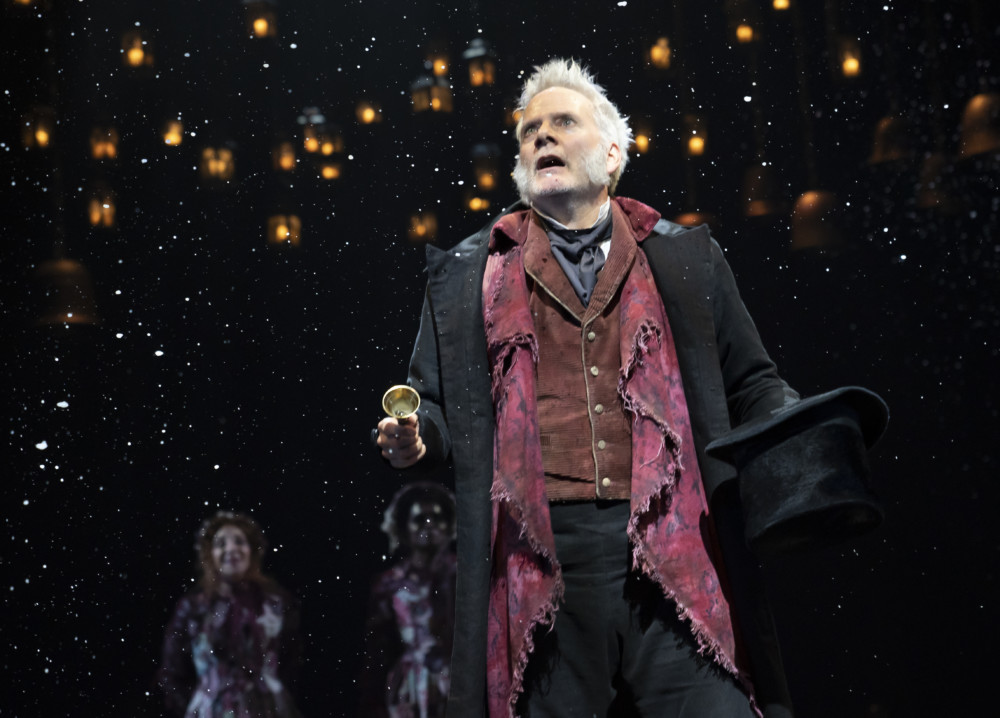 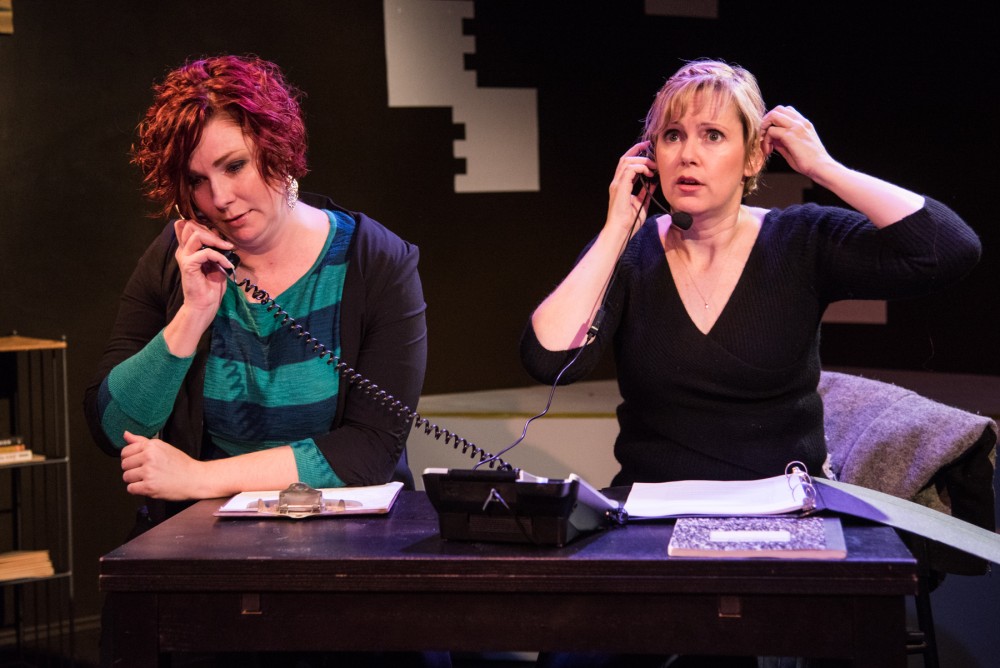 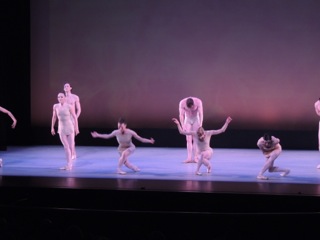