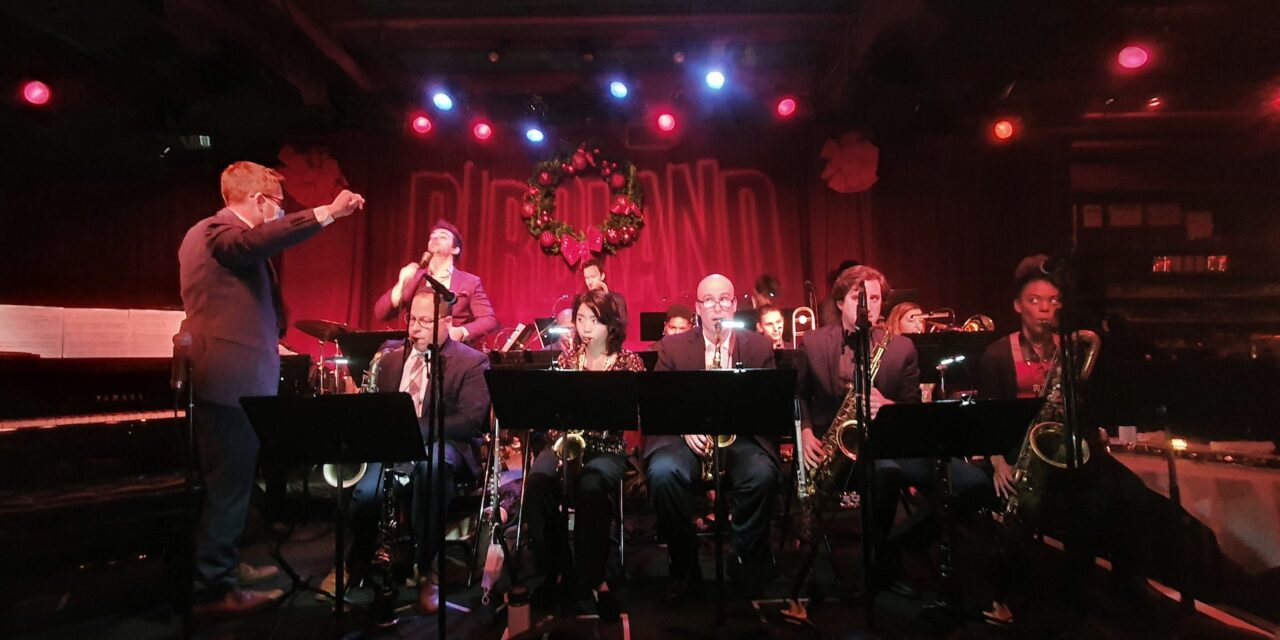 Trumpeter/vocalist Benny Benack III and pianist Steven Feifke brought a 17-piece big band to Birdland to introduce their new holiday album, “Season’s Swingin’ Greetings,” a three-year project recorded primarily throughout the pandemic. These young jazz cats, recently reviewed here for the Benny Benack Quartet’s show at Birdland Theater, have created a compelling album of both original material and traditional holiday songs in big band form, ranging from the funny “My Girlfriend is an Elf” (Benack) to “The Christmas Song” (Robert Wells/Mel Tormé).  The former song was the opener for both tonight’s set and the album.

Benack sang a delightful duet with rising star Anais Reno (also recently reviewed here) on “My Wish List is You” (Benack) a song with the potential to be a new holiday standard.

“The Dreidel Song” took the skeleton of the traditional children’s Chanukah song “I Have a Little Dreidel” (Samuel Goldfarb/Samuel Schlomo Grossman), adding new lyrics and a swinging arrangement.  Benack’s new lyrics, involving a dreidel gambling problem, evoke a kind of Chanukah “Guys and Dolls,” with Benack playing the Sinatra role – “Ring-a-Ding Dreidel,” if you will.

Anais Reno came back for a second duet with Benack on “When Christmas Time Comes Around,” a Feifke original with a Latin beat.

A wonderful and surprising highlight was the Chanukah song “Ma’oz Tzur” (Mordecai ben Isaac ha-Levy) for which the decidedly non-Jewish Benack learned the phonetic Hebrew lyrics written out for him by Feifke, who briefly wore the set of novelty menorah sunglasses featured on the album cover.  “Rabbi” Benack nailed it.

Perhaps more so than in “normal times,” Covid’s unpredictable nature makes for many last-minute personnel changes for bands, especially a band this big.  Some personnel had little or no notice.  Gender diversity played an unusual role in this lineup, with two female reed players, one trumpet and one trombone, instruments that were rarely played by women traditionally.  With Feifke’s masterful arrangements and Benack’s chops and showmanship, Season’s Swingin’ Greetings made for a charming and jazzy evening at Birdland. 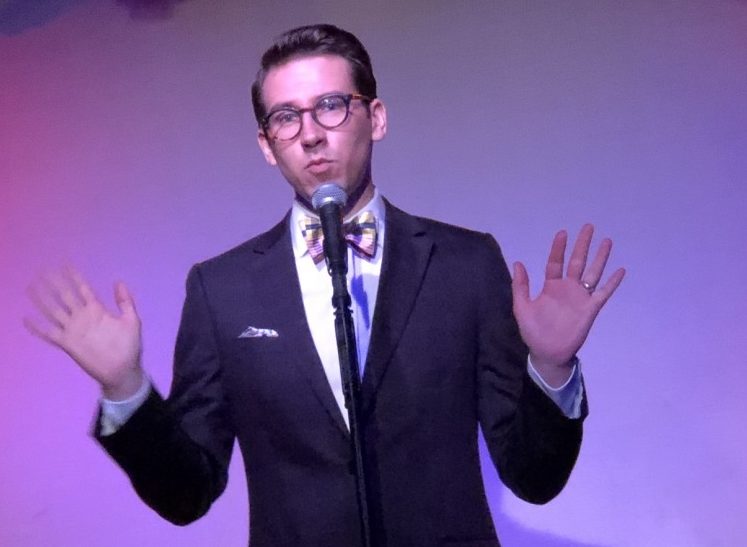 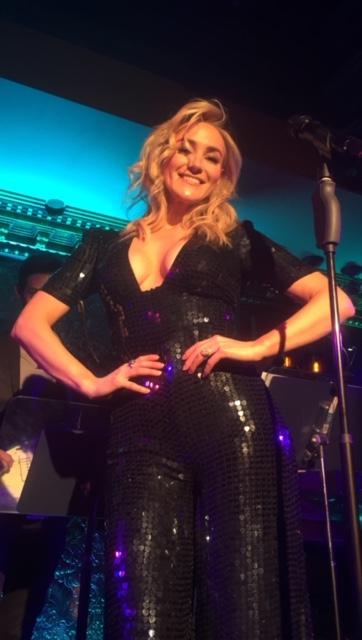 ‘All Bets Are Off’ for Betsy Wolfe at 54 Below 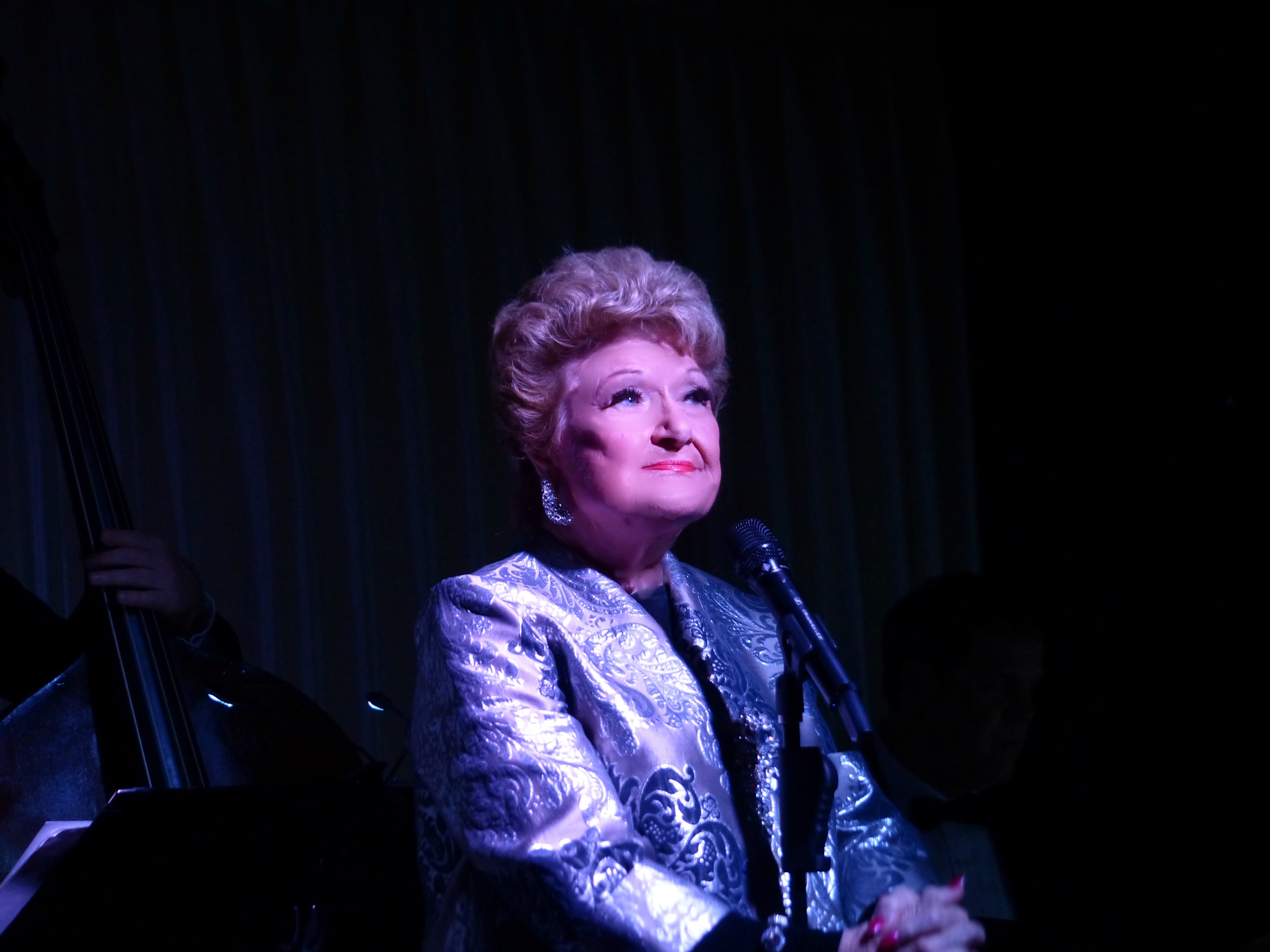