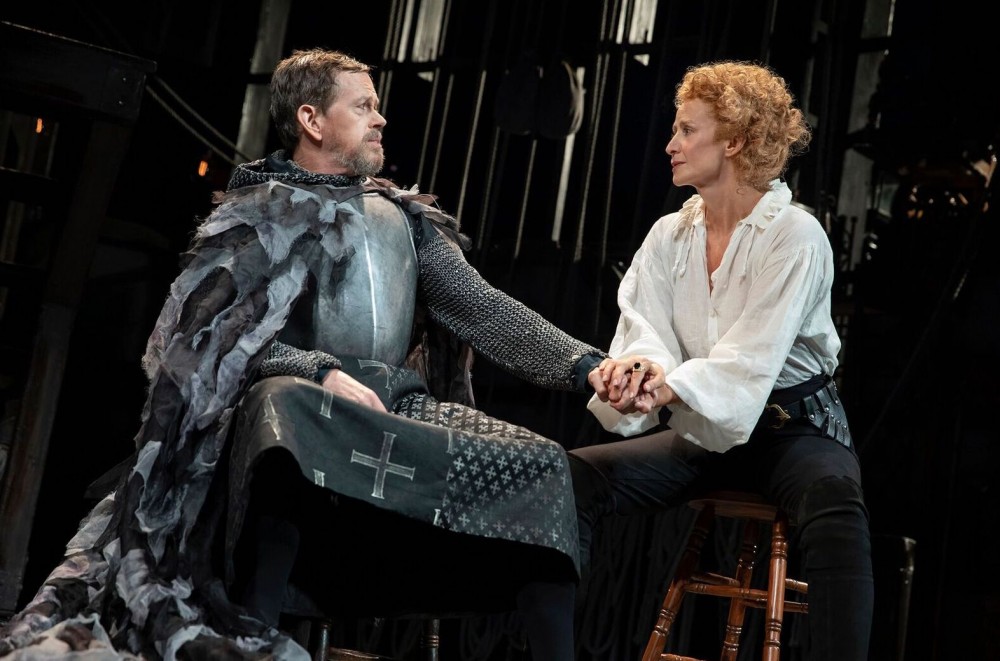 Move over, Medea.   Sorry, Joan. Later, Nora. A new female protagonist has blazed onto the New York stage, and you’d better get out of her way. Her name is Sarah Bernhardt, her mission is to play Hamlet, and nothing will stop her.

Playwright Theresa Rebeck’s choice of formidable female protagonist couldn’t be more timely, given our intense public discourse today over women in our own culture.   Sarah Bernhardt was a myth even in her own time. The wealthiest actress on the stage (end of the 19th century), she dazzled her audiences and the world with her prodigious talent, flamboyant personality, and colorful escapades. She played over 70 roles in the course of her illustrious career, and was the lover of many of her co-stars.

Moreover, she was a muse to numerous great writers – including Oscar Wilde, Edmond Rostand, Marcel Proust and others who admired her greatly. 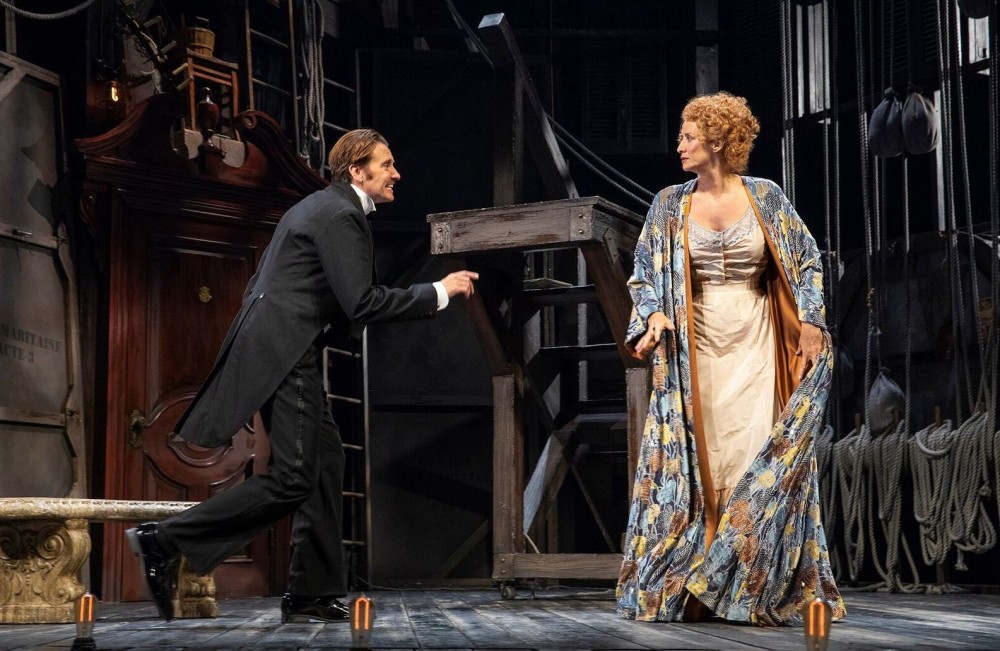 A fearless figure, she went where “angels [and certainly women] feared to tread,” leasing a theatre in Paris and renaming it “Théâtre Sarah Bernhardt.” She was extravagant in her spending and eccentric in her tastes, shocking others with her pet collection that included a lion, a puma, an alligator, and a boa constrictor. In short, she was a celebrity – and loved every minute of it.

So it’s inspired on Rebeck’s part to bring Bernhardt back to life as a diva for our times – and doubly inspired to give the role to the fabulous and formidable Janet McTeer.

Bernhardt/Hamlet, lavishly produced by the Roundabout Theatre Company, focuses on the year 1897 in Paris – when Bernhardt, now a theatre owner and superstar, nonetheless is feeling her age and her role opportunities waning. She gets it in her head to play Hamlet – a controversial choice, compounded by the fact that she has “issues” with Shakespeare’s script. So she shocks her theatre world further by asking the celebrated French writer Rostand (a dashing Jason Butler Harner) to “adapt” Hamlet. 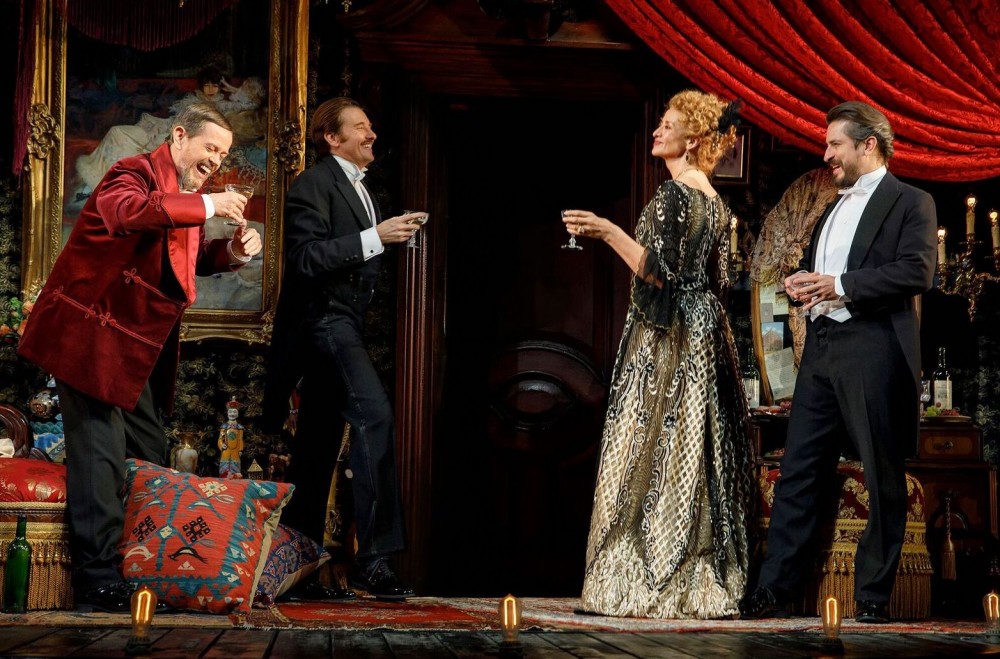 Meanwhile, Rostand, blinded by love for Bernhardt, turns his focus to writing another play for her (you guessed it – Cyrano de Bergerac), in which he imagines her as Roxanne, the personification of feminine perfection.  Sarah disagrees – to her, Roxanne is a wimp.

Beowulf Boritt has built a smashing turnstile set, on which the scenes rotate from the stage (where they are vigorously rehearsing Hamlet) to Bernhardt’s sumptuous dressing room and back again. The stage is populated with colorful historical characters – including Sarah’s leading man Constant Coquelin (the venerable Dylan Baker), the poster artist Mucha (Matthew Saldivar), the critic Louis (Tony Carlin), and others. (Toni-Leslie James provides vividly colorful costumes).

Under Moritz von Stuelpnagel’s expert, fast-paced direction, the scenes swirl by, ranging from comical to farcical to heartfelt. McTeer and Harner play their love scenes with passion and tenderness (“there’s something delightful in undressing a man and finding a woman”, Rostand declares). The Hamlet/ghost scenes (between McTeer and Baker) are especially touching. And the final moment of Act II, featuring a scene from Cyrano, is a theatrical knock-out.

But in the end, it’s McTeer’s show, and it’s an utter delight to watch her “chew the scenery.” Rebeck has given her a plum role, and she plays it with passion and panache. Wearing high black boots, tights, and a white silk blouse, she’s utterly charismatic, towering above all the others. Indeed, the words of a contemporary critic (Sarcey) describing Bernhardt could be attributed to McTeer’s performance today: “… marvelous intelligence, soul of fire, most melodious voice that ever enchanted human ears… the woman plays with her heart, with her entrails…”

There will be other divas on the stage this season (including Cher, etc.). But what makes Rebeck’s Bernhardt stand out are the serious questions she poses – about the theatre, about the creative process, about building an actress’s career, and, above all, about why successful women are treated with disdain when they act like men. 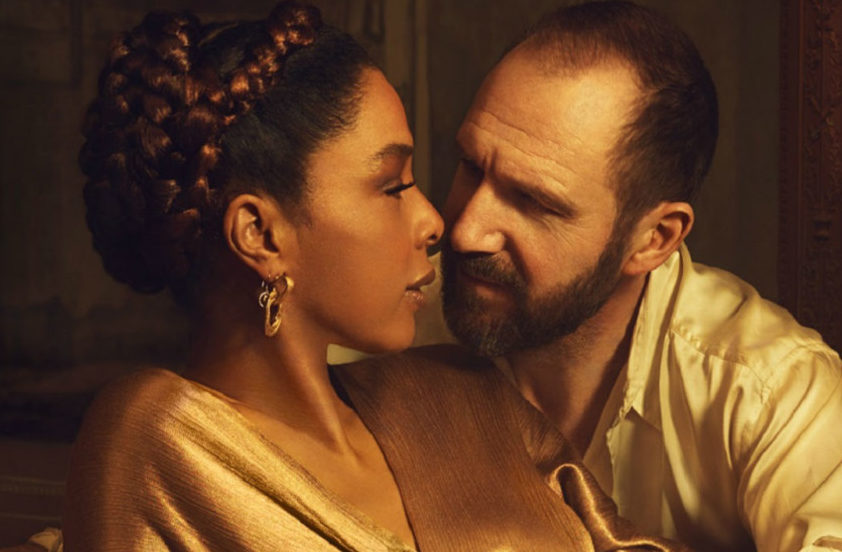