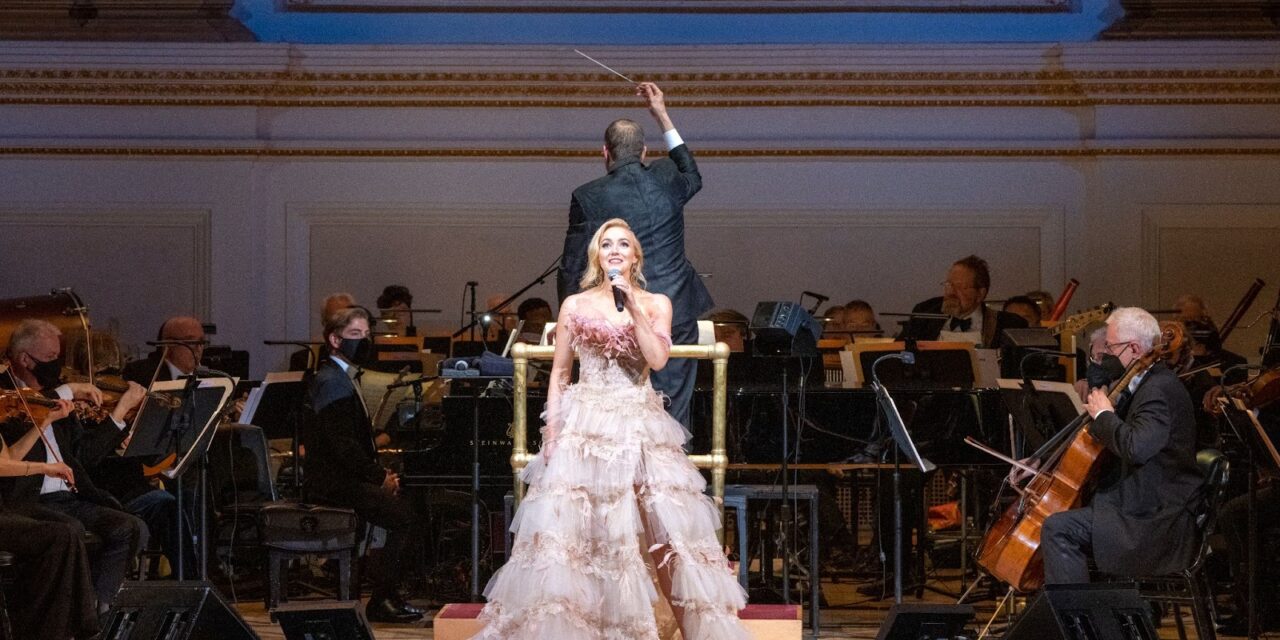 The event begins with a champagne reception at 5:30pm followed by the event program and performance at 6:30pm, accompanied by a dinner with wine pairings. New York Pops Music Director and Conductor Steven Reineke hosts the evening.

Betsy will star in the upcoming Broadway production of & Juliet and has previously appeared in the title role of Broadway’s Waitress, in addition to Falsettos, Bullets Over Broadway, The Mystery of Edwin Drood, and more. Betsy most recently appeared with The New York Pops at its 39th Birthday Gala celebrating the music of Kristen and Bobby Lopez.

Upcoming concerts in The New York Pops’ 2022-23 Carnegie Hall season include: The Music of Star Wars on October 21, 2022; I’m Still Here: Celebrating Sondheim on November 18, 2022 with guest artists Nikki Renée Daniels, Matt Doyle, and Melissa Errico, and Essential Voices USA; Rockin’ Around the Christmas Tree on December 16, 2022 with Ingrid Michaelson and Essential Voices USA; Winter Song: A Holiday Extravaganza with Ingrid Michaelson on December 17, 2022; One Night Only: An Evening with Adrienne Warren on February 10, 2023; and The Marvelous Marilyn Maye, celebrating the cabaret legend’s birthday on March 24, 2023.