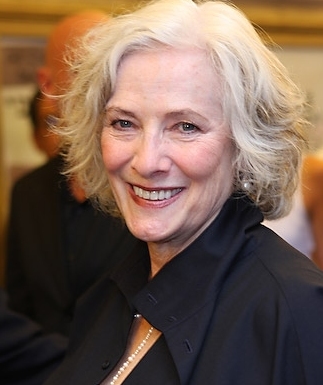 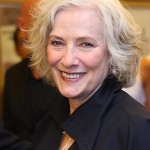 Betty Buckley was at Joe’s Pub to introduce her new album, Ghostlight, arranged and produced by the great T Bone Burnett. A longtime friend of hers, he convinced her it was time for them to record an album together. There is an eclectic assortment of songs, hard to find a connection between them except that it’s clear that two very different kinds of musical sensibilities got together and tried to choose. As for the show, it was a concert of selections from the album and seemed to be unconnected to a theme as well. Theme or no, the musical arrangements were the stars.

Honest Emotion (Michael McDonald) opened the show and promised an honesty and depth of expression, followed by a sweet song by Abby Lincoln Throw Love Away. Come to Me, Bend to Me followed by Jacques Brel’s If You Go Away, was an odd pairing of songs but then Blue Skies was definitely on its own.

On its own was how I felt about the evening. Betty Buckley had given herself away to the musical arrangements and all the deep connection she usually has to the material was somehow discombobulated by the music. She made an attempt, obviously moved by the end of If You Go Away. But then there was a strangely psychedelic arrangement of Lazy Afternoon, ending with a long musical trail of notes during which Buckley said, as the musicians seemed to be trailing off endlessly, “Is this done yet?” Body and Soul, followed by I Saw You Comin’ Back to Me (Jefferson Airplane) and then for some reason Bewitched. The best moments of the evening were with a song not on the album, Mary Chapin Carpenter’s Come On, Come On which was totally inhabited by Ms. Buckley and made one very aware of how much we had missed her all evening.