When I think of prison drama, my first thoughts go to film. Early 1930s melodramas (usually with James Cagney and Pat O’Brien as both sides of the coin, bad and good) and onto the tail end of the cinema century with 1994’s much beloved Shawshank Redemption. Surprisingly, in the theatre, it’s a genre that has produced few plays with the visceral energy film can generate. Perhaps the two most noteworthy are Fortune and Men’s Eyes, Canadian playwright John Herbert’s off-Broadway drama from 1967 that dared to address the issue of homosexuality behind bars, and the Tony Award winning Best Musical Kiss of the Spiderwoman (1990), based on the novel and film prior to its musicalization. But if you Google “prison plays,” you won’t find too many more of any consequence.

Lynn Clay Byrne’s Between the Bars: Memories from the Visit Room, just opened at the HERE Arts Center in lower Manhattan, is an attempt to bring plights of the incarcerated (men, in this case) to the stage. Inspired by real life events in her own life, Ms. Bryne sets her play within the confines of the jailhouse visiting room, concentrating on five inmates and those who visit them. With a talented cast of seven playing more than a dozen roles, Benjamin Viertel does an impeccable job of directing, not only by delineating characters clearly, but with a fluid choreography that extends even to the scene changes. Aided with an evocative set designed by Bryce Cutler (recently Tony nominated for the Broadway comedy Grand Horizons), the audience itself is behind bars by way of floor-to-ceiling vertical poles downstage. Before the show begins, lights are trained on us as if in an interrogation with a mirror upstage that takes up the full length of the theatre, adding to the effect of being able to put oneself in the place of a prisoner.

Ms. Bryne has stated, “I realized my world-view of bad guys serving out punishments to pay for their crimes to society was quite a misconception and even more naïve. I was compelled to write this play as I watched women attempt to hold onto love and loyalties for the sake of their families, while coping with the failures and repercussions of the incarceration system.” In her effort to dramatize this, she has created a series of scenes that progress over time showing all too well the difficulties within a system that is almost doomed to fail a prisoner once they are released. We never leave the setting of the visiting room, allowing for the claustrophobic nature of prison to take hold. The goal is to be in both sets of shoes throughout the play: those with easy access to the outside world and those without.

In the publicity notes, I discovered that director Benjamin Viertel was also driven to be a part of this play due to his own father’s incarceration for a period. There’s no question that the verisimilitude depicted stems directly from that personal experience. Excellent lighting from Mary Ellen Stebbins and costumes by Devario D. Simmons aid immeasurably to the overall authenticity.

As far as plotting goes, no new ground is broken, though the familiarity isn’t as much of a drawback as it might be in something less evocative. Tone is everything here, and due to the fine acting on display from every member of the cast, it goes a long way towards evening out the rough patches. Without singling out anyone, the entire company deserves praise. And they are: Juan Arturo, Chad Carstarphen, Akeil Davis, Katie Mack, Christopher Mowod (making his New York professional stage debut), Nowani Rattray and Carol Todd.

Having never been to the HERE Arts Center, I can tell you it’s not only easy to get to by subway, but it’s an engaging space and the play is well served by its playing space. Between the Bars: Memories from the Visit Room is a fine evening of theatre, dramatically taking on stories that deserve to be told.

Between the Bars is at the HERE Arts Center, 145 Sixth Avenue, New York City, now through October 30th. 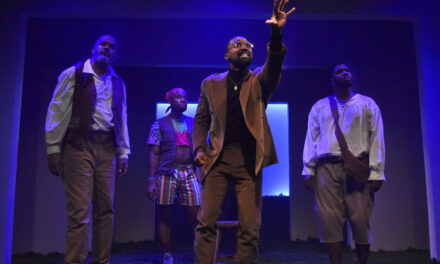 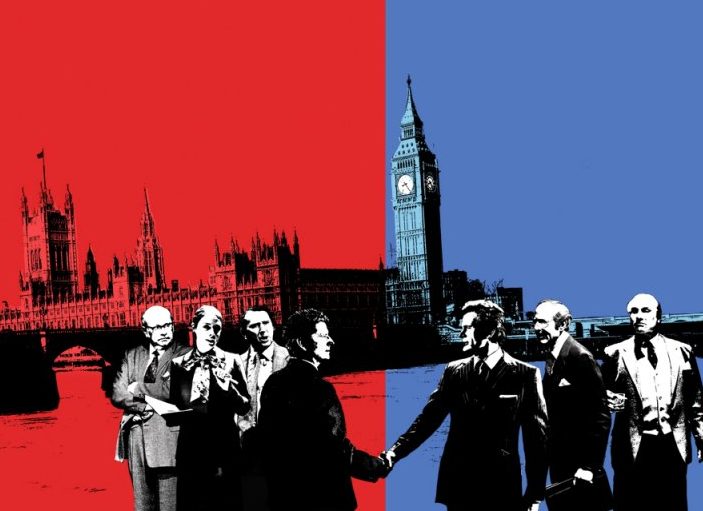