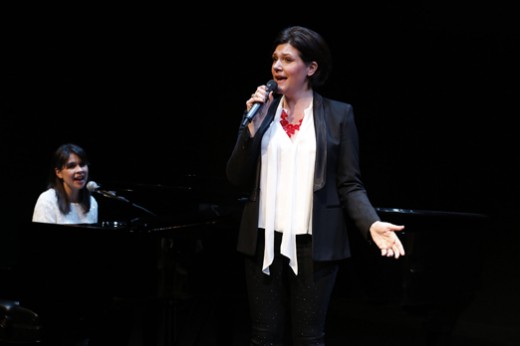 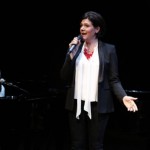 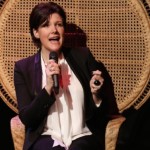 I was a big fan of Dory Previn, have all her albums including the first recorded under her real name, Dory Langdon, and saw many of her live appearances in California and in New York. I finally met her in person at the Metropolitan Room a few months before she died and I told her how much I admired her lyrics to Raksin’s “Bad and the Beautiful” theme which has been recorded by June Christy and Mark Morris.

Kate Dimbleby was sent a copy of “Lady With the Braid” from her sister which she included in a show she did about female songwriters. It was the number that everyone asked about and she began a project on Dory Previn while Previn was still alive. Fortunately for us, “Beware of Young Girls: Kate Dimbleby Sings the Dory Previn Story” is playing at 59E59 Theaters. Dimbleby’s partner in the show is her music director Naadia Sheriff who not only sings duets with her but also gives full weight to dramatic dialogues. The show was written in collaboration with Amy Rosenthal and directed by Cal McCrystal. Although Dimbleby does not sing the songs chronologically, she chooses wisely when she sings them. “You’re Gonna Hear from Me” is sung early in the show describing Previn’s ambition as a young girl. Her father didn’t think he was potent from a war injury and always thought Previn was the result of an adulterous affair of her mother, which Previn in her autobiographical phase sang: “My Daddy Says I Ain‘t His Child.” However, he became her manager when she started doing acrobatic tap dancing and began winning contests.

Previn came to the U.S. and was booked in a club in Chicago. The Manager said she was not a good singer but he liked her material. All her material was hers and she decided to focus on her writing career. A talent agent sent her to Hollywood and paired her with young musical genius Andre Previn. They began a wonderful collaboration including the Daisy Clover song and the number one hit “Valley of the Dolls.” Diagnosed as “schizophrenic,” Previn began using lots of drugs to sleep, culminating in the crazy airplane incident when Previn left her for Mia Farrow. In her confinement, she asked for a pen and paper and began some of her most autobiographical songs “”Beware of Young Girls,” “Lady with the Braid,” “Twenty Mile Zone.”

Dimbleby begins and ends her show with “Twenty Mile Zone,” the song about Previn screaming in her car and being stopped by a cop and forced to follow him, both screaming, he with his siren. She began a sensationally successful solo career. She fell in love with her music producer, Nick Venet, several years younger than she, but he was chronically unfaithful causing her to write “Lemon Haired Ladies.” The show is enhanced by a great series of slide projections of events of Previn’s life and this number includes several buxom blond starlets. Previn decided to give up on men.

Fortunately she was introduced to artist and actor Joby Baker and once again she fell in love. They lived the rest of their life in a wooded area in a Hudson Valley small town where there was a beautiful garden which inspired many of Previn’s later songs. Previn’s ode to him is “Perfect Man” which Dimbleby sings with projections of their happy life. Previn is not even worried when Baker gets a part in an independent film with Farrow and he is faithful to her. She even writes a song cycle with Andre Previn again from which Dimbleby recites a selection. There is also a performance of one of Doris Day’s hits that she wrote with Previn, “Control Yourself” mixed with “Twenty Mile Zone.”

Dimbleby doesn’t look a bit like Previn and sings in a better voice than Previn ever had, but the show is factually accurate and gives us a sampling of what a musical and lyrical genius Dory Previn was. It makes those unfamiliar with her want more and I certainly want the CD of it. 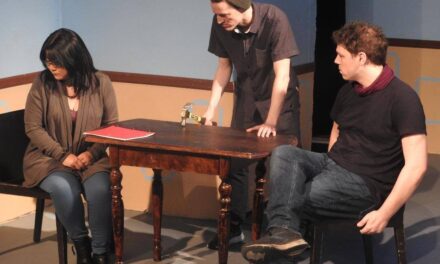 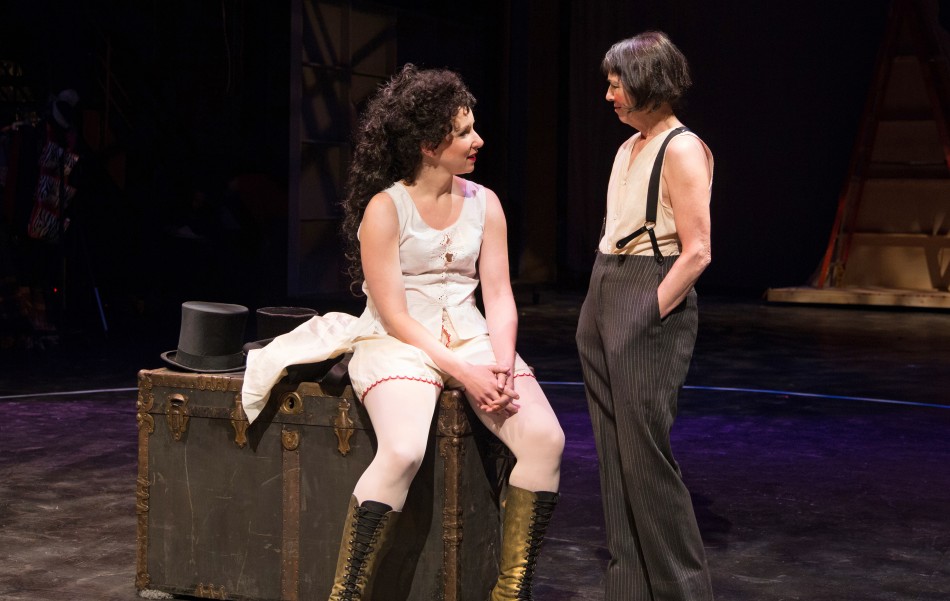