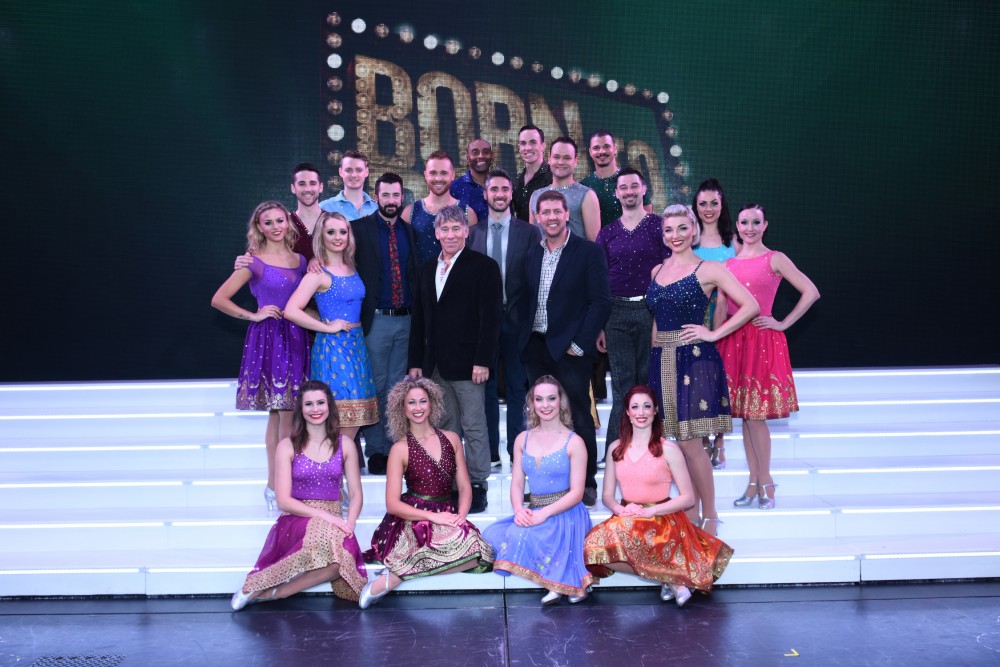 The press was invited on board the luxurious Princess Regal docked at the Brooklyn Terminal on Saturday October 7 for the latest peek of shipboard entertainment. Theater Pizzazz  first attended a luncheon before being escorted into the theater to see an exceptional presentation of choreography and dancing featuring Broadway’s biggest hit shows in Born to Dance, currently being presented on many of the Princess ships.

What makes this even more unique, aside from the high level of performances by triple threats, is the fact that this is being produced for Princess Cruise Lines by Broadway’s Tony, Oscar and Grammy winning composer Stephen Schwartz! (Wicked, Godspell,Pippin) Yes, Mr. Schwartz wears many hats! Born to Dance was conceived and is directed by Daniel C. Levine as a tribute to ‘the unsung heroes of Broadway’ – the hardest working members of a Broadway musical . . . the dancers and choreographers. The team responsible includes Al Blackstone, the show’s choreographer, Bryan Perri (music direction/orchestrations), Beowulf Boritt (scenic design), William Ivey Long (costume design), Jack Mehler (lighting design), Caite Hevner (projection design) and Danny Fandaca (sound design).

And so we were witness to a remarkable show with production numbers that encompassed only part of the best of Broadway and included Oklahoma!, Carousel, West Side Story, Chicago, Sweet Charity, Hello, Dolly!, Hairspray, Cats, A Chorus Line, Movin’ Out, to name a few. With projections as backdrop, tribute was paid to many of the choreographers: Bob Fosse, Jerome Robbins, Warren Carlyle, Andy Blankenbuehler, Gower Champion, Jerry Mitchell, Agnes de Mille, Michael Bennett and more, along with original cast stars. Surely there will be a Part II and III.

In the works is a new show for Princess Lines, conceived with puppetry master John Tartaglia for adults (not X rated!), an Asian folktale (enlisting the Henson Company), entitled “The Secret Silk” with original music by a team of Asian composers. More to come on that.