Bob Diamond: …As Time Goes By My Memories of the Movies 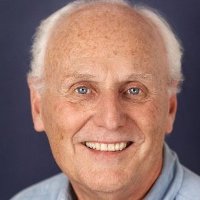 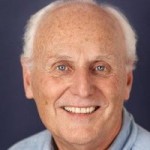 Bob Diamond’s 2012 show This Funny World” was one of that season’s best, and was a MAC nominee.  Teaming with his Award-winning director, Gretchen Reinhagen again, and this time accompanied by everyone’s favorite music director, Tracy Stark, he performed “…As Time Goes By My Memories of the Movies” on Sunday afternoon, February 23 at Don’t Tell Mama to a sold out house.  The mature Diamond has a glorious voice with wonderful choices of phrasing.  The first number was Whiting-Mercer‘s “Hooray For Hollywood,” which he took at a very slow pace, relishing each line with true love of every aspect of those great lyrics.  He told of his childhood love of the movies, either seen on a small black and white TV or going to the matinees at the two movie theaters in Great Falls, Montana, collecting milk bottles to make the fifteen cents admission for those kids under twelve.  The second number was “Old Movies” by Craig Carnelia, a name dropping list of old movie stars from Bette Davis to John Wayne; at the end of the show acknowledging that Stark had suggested the song.

He discussed the great MGM musicals:  “Brigadoon,” “Oklahoma,’ (with a tale about road shows where you had to buy a reserved seat)  and did a sweet “Almost Like Being In Love.”  At the same time “Brigadoon” was being filmed, another movie was made that broke house records when it opened: “Seven Brides For Seven Brothers.”  Diamond did a robust “Bless Yore Beautiful Hide” (De-Paul-Mercer).

His other favorite films were Disney films, and when his father was transferred to Florida he got to see the movies for free at the base theater.  He cried his way through “Bambi” causing all the military men to weep with him.  The mother love song he sang was “Love Is A Song” and how pertinent it was to men in 1942 who might never return to their mothers.  The second sweet Disney song was “Baby Mine” sung by Dumbo’s mother.

He continued on the Disney kick melding “Sooner or Later” from “Song of the South” and “Sooner or Later” from “Dick Tracy.  He discussed how envious he was of Bobby Driscoll who was his age playing the lead in “Song of the South.”  He sang a song that lost to “Zip-A-Dee-Doo-Dah:”  “I Wish I Didn’t Love You So” and matched it with one that did win in 1943:  “You’ll Never Know.”  He sang the complete movie lyrics and both were wonderful.  He admitted he admired Alice Faye, Betty Hutton, and Betty Grable; they were his screen goddesses.  But his greatest admiration was for the torch singers, Ava Gardner in “Show Boat” and Susan Hayward in “With A Song In My Heart.”  Diamond’s “Bill” was tender and sad, and “With A Song In My Heart” included the verse and a glorious finish.

The title song of the show “As Time Goes By” referred to Bogart and Bergman, mentioned in Carnelia’s song.  He began with the chorus but after the first stanza went back to the tender verse, and his muted finish elicited “Bravos” from his peers in the full house.  His penultimate number was the great “I’ll Build A Stairway to Paradise.”  The music that Bob Diamond creates in his act is full of joy!

Bob Diamond “…As Time Goes By” repeats at Don’t Tell Mama Fridays, February 28 and  March 7 at 7 PM.  For Reservations call (212) 0788 after 4 PM daily or online at www.dontellmamanyc.com