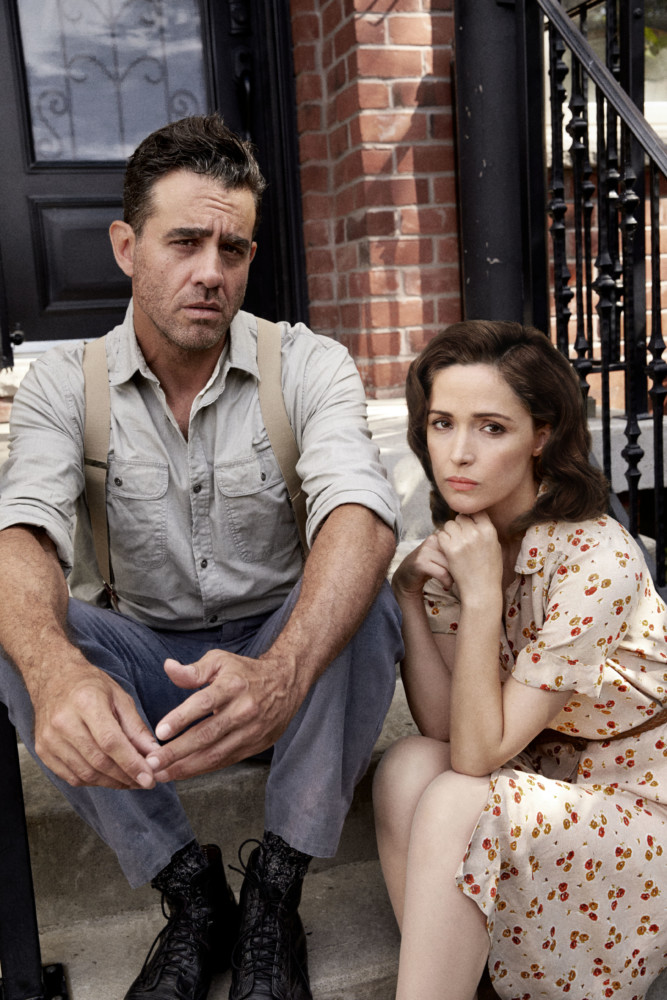 Real-life couple Bobby Cannavale and Rose Byrne will headline The Acting Company’s special one-night-only benefit reading of Arthur Miller’s iconic mid-century drama A View from the Bridge on Monday, March 24 at 7:30pm at the Kaye Playhouse at Hunter College (695 Park Avenue).Taking place in 1956 Brooklyn, the play focuses on longshoreman Eddie Carbone (Cannavale) and his wife Beatrice (Byrne), whose lives turn upside down when Eddie’s teenaged niece Catherine becomes attracted to the charming Rodolpho, Beatrice’s cousin who is living with the couple and is in the country illegally. Complete casting and creative team details will be announced shortly.

Cannavale and Byrne will reprise these roles for a full-scale production at Australia’s Sydney Theatre Company in December 2020.

The couple are currently co-starring opposite each other in Simon Stone’s Medea at BAM. Cannavale is a two-time Tony Award nominee for Mauritius and The Mother with The Hat and two-time Emmy Award winner. Byrne appeared on Broadway in the 2015 revival of You Can’t Take It with You, and her many film and television credits include Damages, Like a Boss and Bridesmaids.

Tickets, which range from $50 to $250, will go on sale to the general public on Monday, February 24 at noon via the Kaye Playhouse box office. Please call 212-772-4448 or visit www.hunter.cuny.edu/kayeplayhouse.