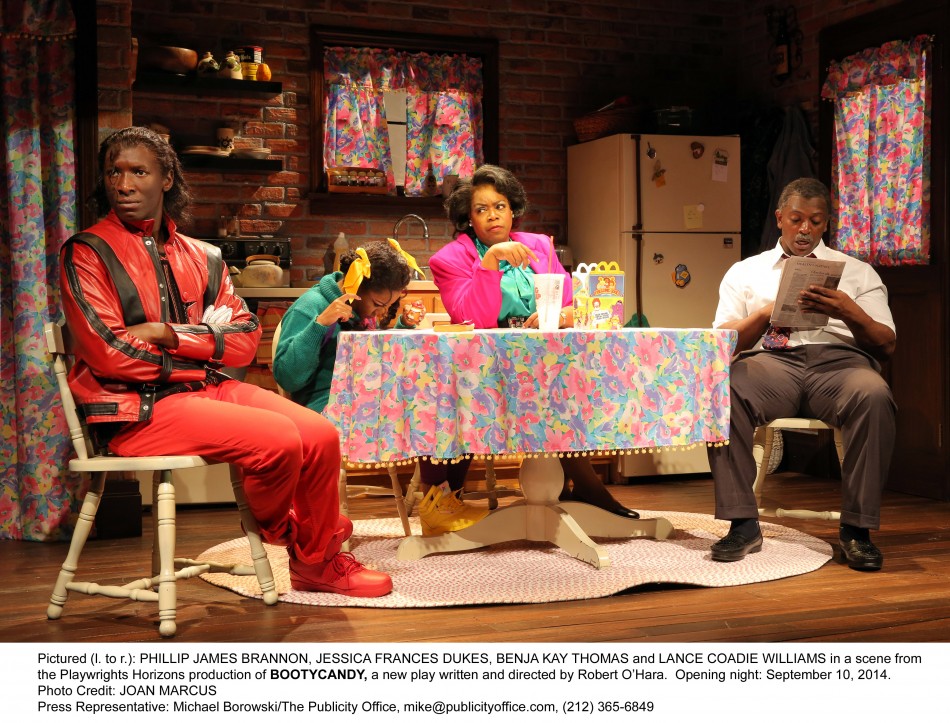 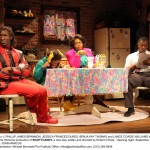 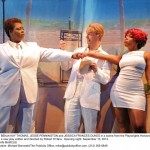 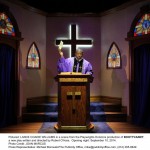 Robert O’Hara has a huge amount to say about the African-American experience in the U.S., both how it really  is and how it is perceived by outsiders, and he makes sure we hear it in the audacious and often outrageous new play Bootycandy, now at Playwrights Horizons. Above all, O’Hara wants us to think about the stereotypes that we’ve been fed, or perpetuate, and we need to reject, but he does so while making us laugh our heads off – at least most of the time. 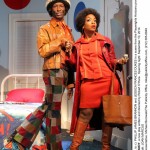 A series of (eventually interconnected) sketches, the play begins with what feels like an excerpt from a 1970s sitcom. In fact, we’re practically prepared for an old episode of “Good Times” or “What’s Happening” just by the look of the child’s bedroom onstage (one of the many clever revolving sets by Clint Ramos, who also created the brilliant costumes) that is decorated with posters of Michael Jackson, Peter Pan, and “The Electric Company.” But then Sutter (Phillip James Brannon) starts asking his exasperated, sassy mother about the meaning of some frank sexual terms.

While the sequence is often hysterical, over the next two-plus hours, we discover that Sutter will grow up to be a less-than-happy gay playwright who never fully achieves true happiness or overcomes his troubled adolescence. It’s a tribute to O’Hara that he draws this character, obviously a bit of a stand-in for the author, to be both victim and victimizer, and to Brannon that he never really asks the audience for false sympathy. 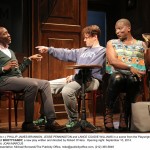 Sutter’s story is not told in a linear fashion. Instead, O’Hara intersperses it, a la “In Living Color,” with a handful of episodes in which he doesn’t appear, including a hilarious monologue in which his church’s pastor comes out – in full drag, no less – during a Sunday service, or one when two lesbians have a beachside ceremony where they spectacularly “uncommit” to each other by spewing hatred and invective. Many of these sketches, as funny as they can be, tend to go on a bit too long, something that might have been prevented if O’Hara had chosen someone else to direct the play.

Still, it’s hard to imagine that anyone could have assembled a better cast than O’Hara has. Jessica Frances Dukes, Benja Kay Thomas, Lance Coadie Williams, and Jesse Pennington segue in and out of over 20 different characters with a remarkable combination of technique, fearlessness, and comic bravado. (Pennington also deserves extra points for his full-frontal nude scene.)

Some audiences will likely be uncomfortable with O’Hara’s message, or his ways of conveying it. But those viewers with open minds and open hearts will find a great deal to embrace in this bittersweet piece of theatrical candy. 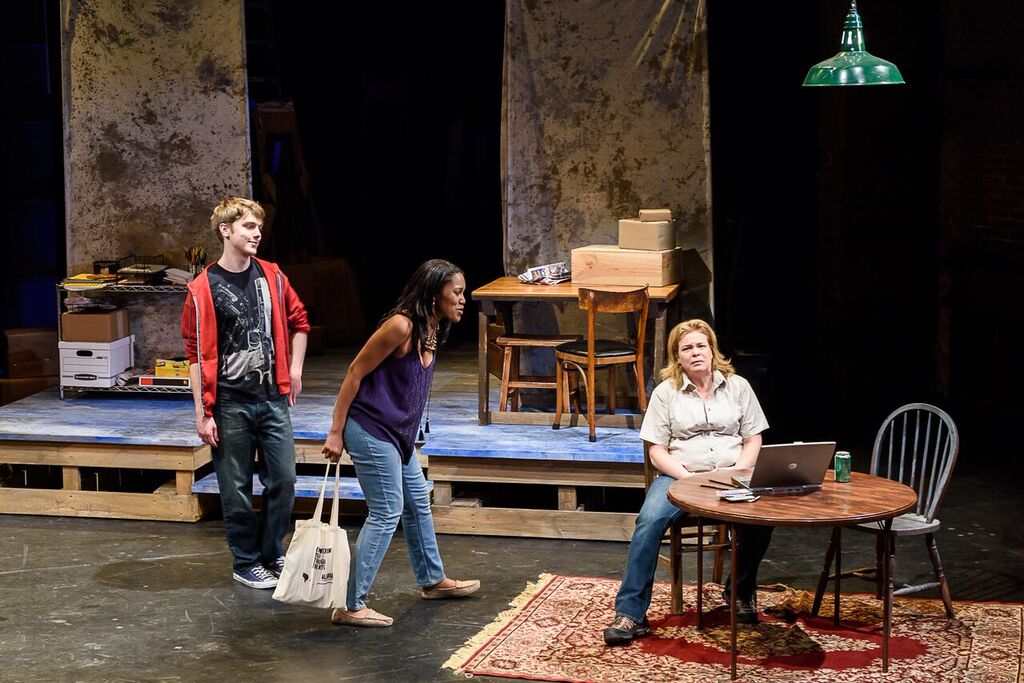 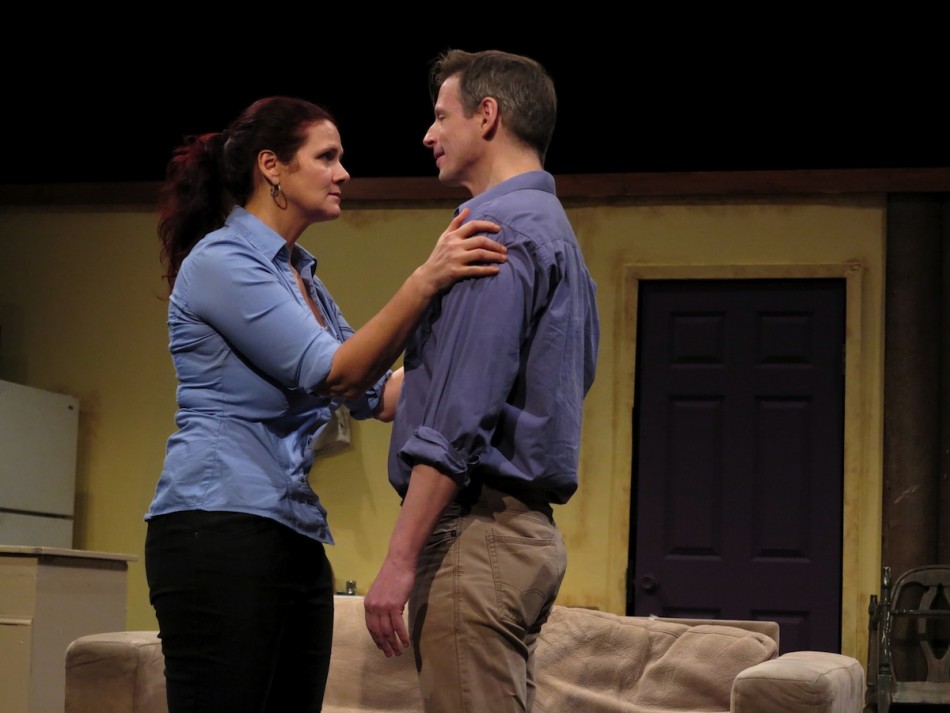 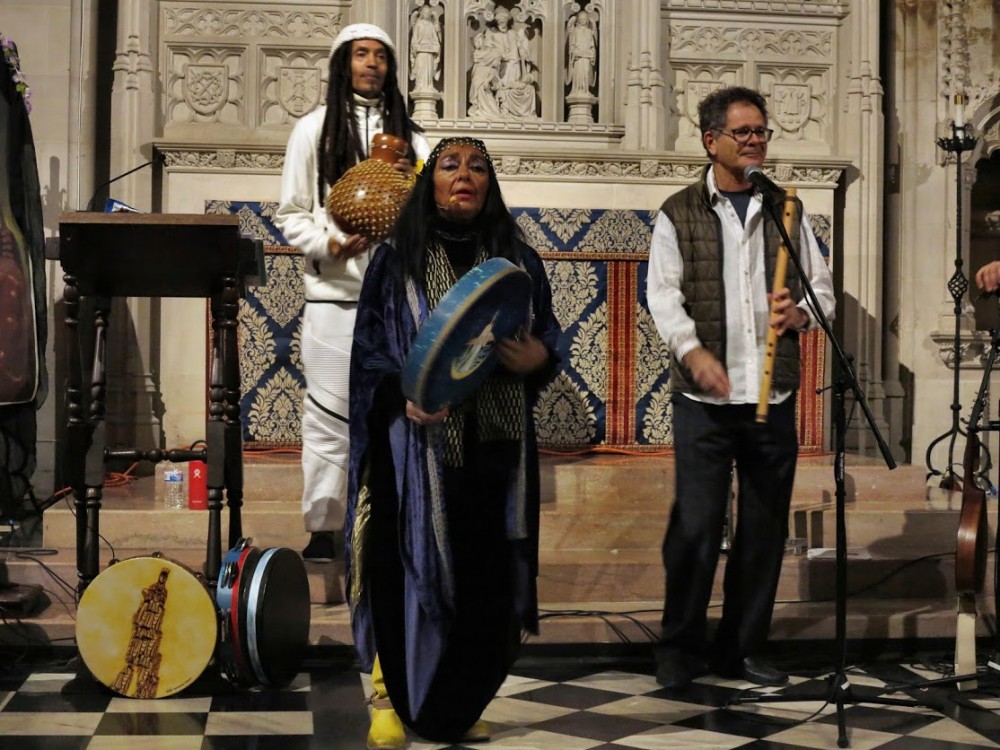 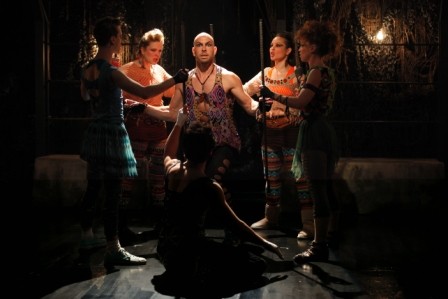