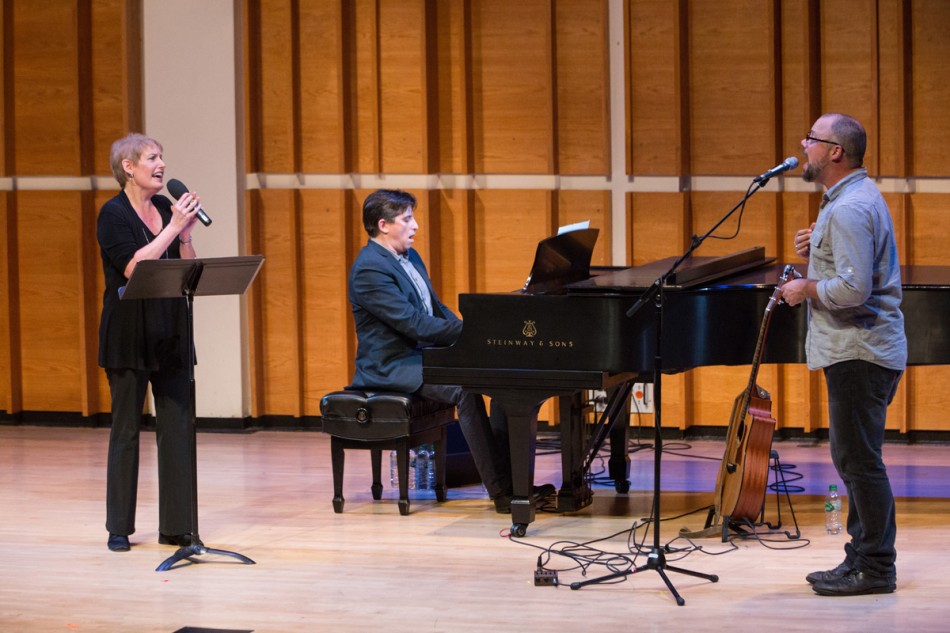 The creators of four musicals are interviewed by Liz Callaway in “Bound For Broadway XVI” at Merkin Concert Hall. 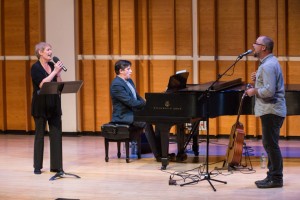 Since 2001 Broadway Up Close has presented “Bound For Broadway” hosted by Liz Callaway and this is the 16th year of this acclaimed series. You can see what a difficult profession this is, as out of the nearly 100 shows featured and listed in the program, only a handful have been produced on Broadway. Although the odds are stacked against them, these talented composer, lyrics and book writers continue to come up with great concepts to musicalize. On Monday, Oct. 12th, 2015 at Merkin Hall, four musicals were examined, some ready for production and others still in development. 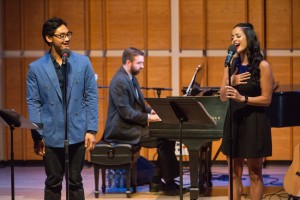 This is the team that brought us “Murder For Two” that had a long off-Broadway run and is now touring. The plot of this show pokes fun at show business as it is about a one-hit-wonder egomaniacal songwriter who writes a show about writing the song. Joe Kinosian performed “More to Me,” a clever song sung by the lead about what is important to him. Morgan Weed sang the next two songs, “Over the Moon” about her feelings for the songwriter and “Lookin’ Better,” playing another character that really wrote the hit song and decides not to claim it. 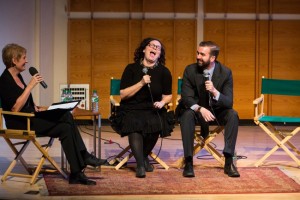 Scott Burkell could not attend so Liz interviewed the composer Paul Loesel. Theirs is a 20-year collaboration having met in summer stock, and winning both the Jonathan Larson and Burton Lane Awards. Their previous musical, “Extraordinary Ordinary” had an off Broadway run and this show was produced at The Goodspeed Playhouse. LMNOP has been adapted from a book entitled Ella Minnow Pea by Mark Dunn and this unique plot is “part romance, part word game and part adult fable.” Jason Gotay and Arielle Jacobs performed “The Things We Couldn’t Say” and the wonderful Liz Callaway sang, “Ella’s Plea,” as the teenage girl who rallies the community to fight for freedom of speech.

The Remarkable Journey of Prince Jen

The team met at the BMI Workshop and began writing together. The show is based on the novel of the same name by Lloyd Alexander. Lezlie said that she was following the book closely until Stephen Sondheim in the ASCAP workshop said that a book writer should not be bound by the book and that freed her. The two singers Joshua Dela Cruz and Courtney Reed are currently in Aladdin on Broadway. Joshua performed “Let Me Save The Day” as the young prince who wants to improve his kingdom. The other two songs were duets, “I Will Never Give In” as the young couple face challenges, and “Standing By Your Side” when they are finally engaged. 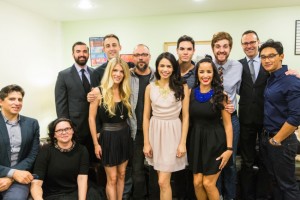 Producer Aaron Harnick secured the rights to the 2001 Academy Award winning film, and brought Dan and Nathan together to turn this romantic comedy into a musical. The show is now having its World Premiere at the Berkeley Rep to great reviews. Craig Lucas (An American in Paris and Prelude to a Kiss), the book writer was funny describing his experience of adapting the film. Daniel Messé (of the acclaimed band Hem) said that when he first saw the film, he was so moved that he sat down and spontaneously wrote 3 songs – one of which is in the show. Since the cast is in Berkeley, Dan and Nathan said that they were going to sing the next two songs “Stations” and “Thin Air”. The plot involves a mysterious photo album and a handsome stranger who finally finds Amelie and when he comes to her door she sings “Stay.” Liz Callaway performed this last song and it was an exciting end to Bound For Broadway XVI.

The next three shows in the Series:

Broadway Close Up: Guys vs. Dolls – A Musical Survey of Sex & Sexism

Broadway Close Up: I Could Go On Singing – The Songs of Harold Arlen 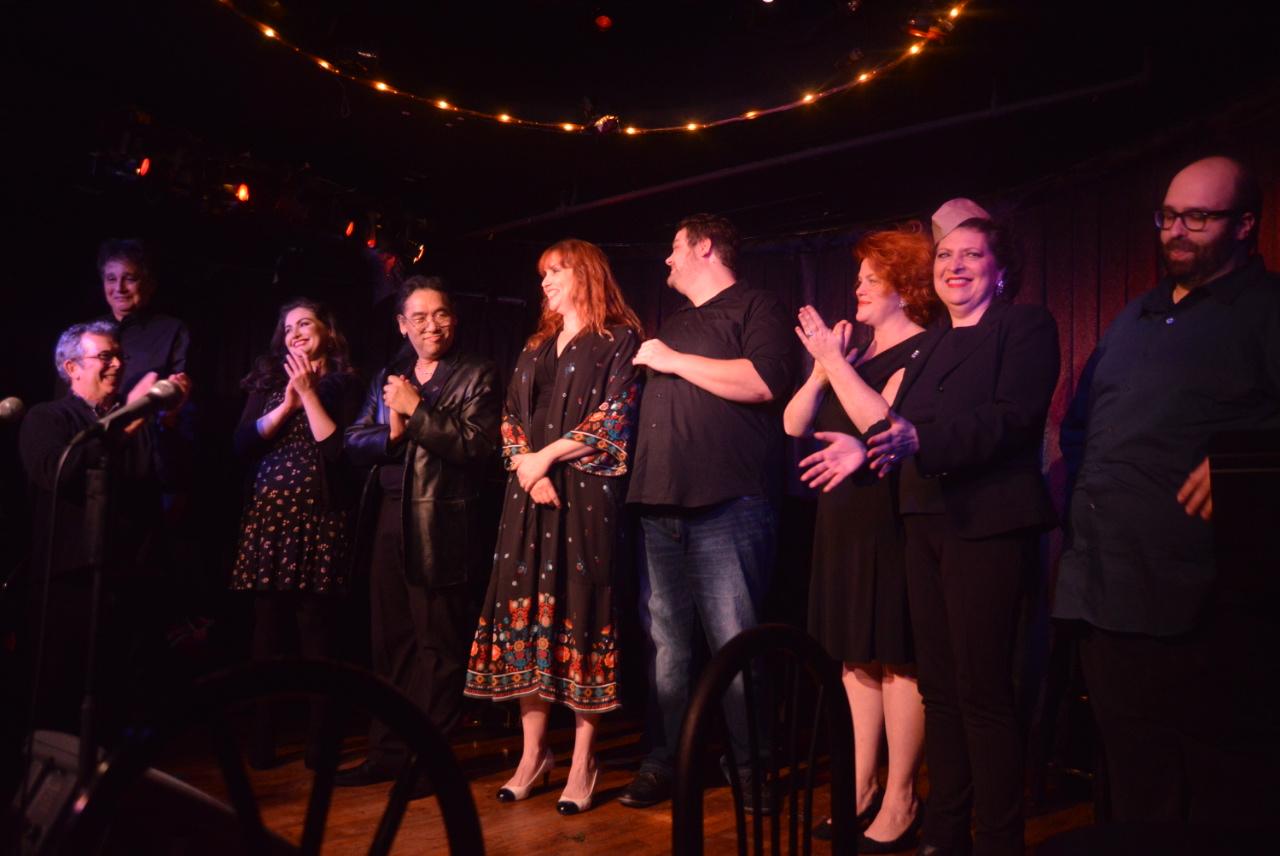 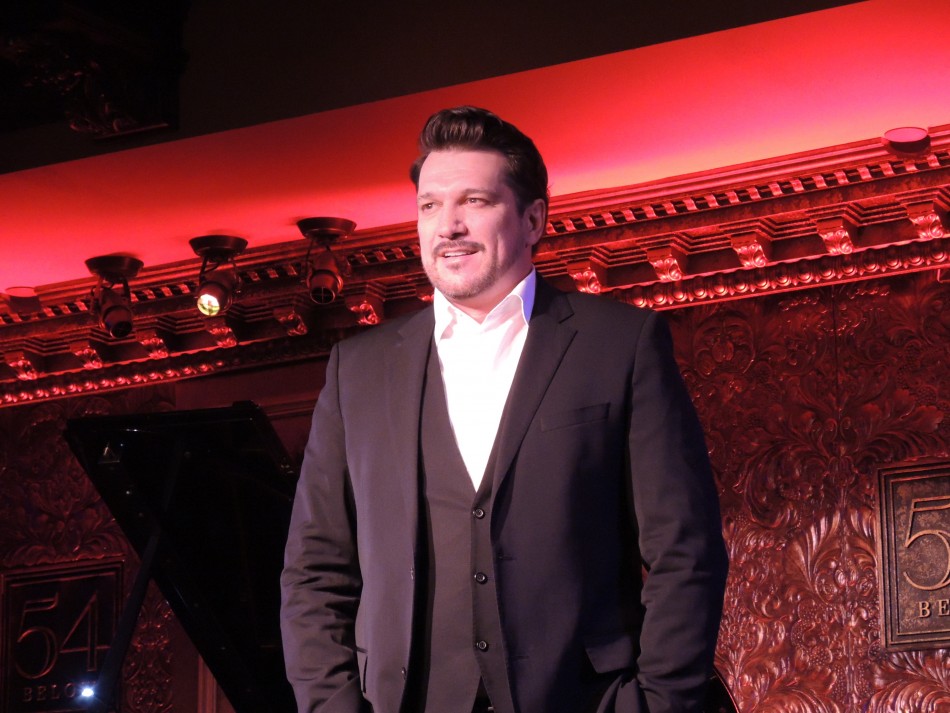 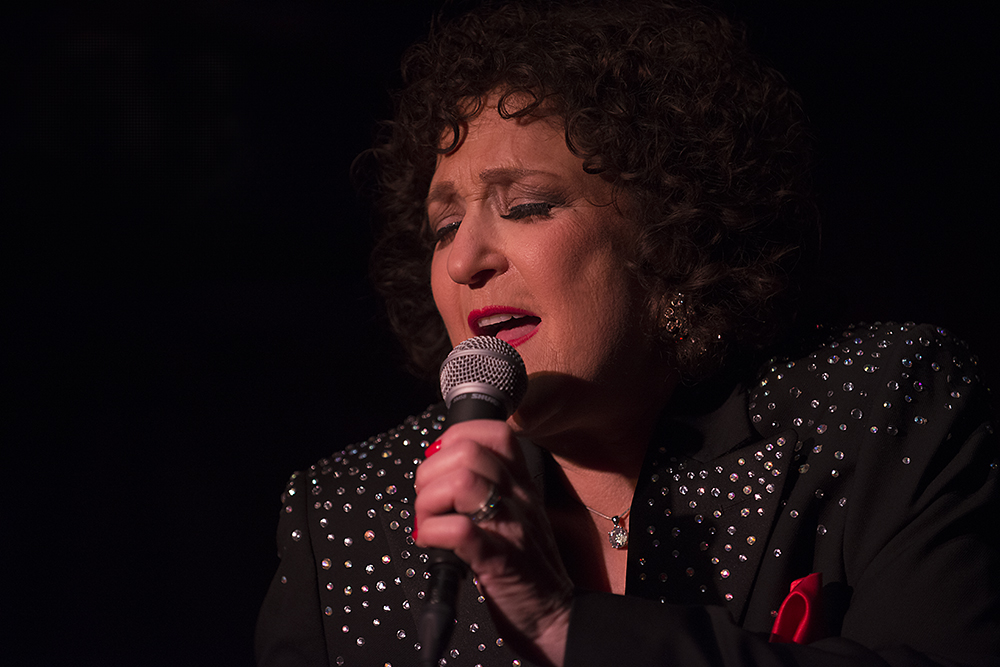