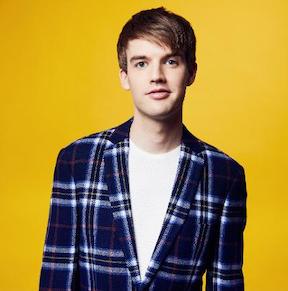 Award-winning vocalist and recording artist, Mark William, will take the field at Yankee Stadium on Saturday, October 2nd to sing “God Bless America” during the 1:05pm game versus the Tampa Bay Rays.

“I am so grateful for the opportunity to perform for the New York Yankees and all of my fellow fans this weekend. Singing Irving Berlin’s classic anthem, “God Bless America”, is the perfect way to celebrate our people, our country, and the great sport of baseball.”

Mark William made a triumphant return to the New York stage last Saturday, repeatedly bringing a sold-out audience to their feet with his thrilling vocals and electrifying choreography. Curtis Wong of Huffpost calls him “a 21st -century song-and-dance man who harkens back to Dick Van Dyke and Frank Sinatra, while embracing a contemporary pop vibe.”

Mark is the winner of two Broadway World awards: Best Debut Act, and Best Independent Recording for his critically-acclaimed album, Mark William: Come Croon With Me, released by Yellow Sound Label. The recording was hailed as the “Album Of The Year” by Peter Filichia (Broadway Radio) and can be enjoyed wherever you stream music. Mark William recently returned from his spectacular debut at Michael Feinstein’s brand new room at The Hotel Carmichael in Carmel, Indiana. Be on the lookout for Mark’s
forthcoming tour dates in early 2022