Brian Charles Rooney By Request – 54 Below 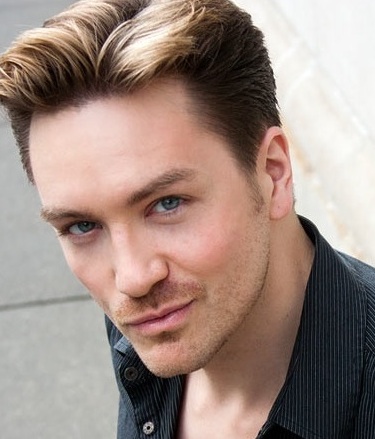 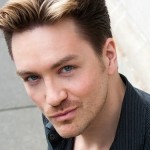 There are very few Broadway/cabaret performers acts that can be called truthfully unique.  A lot of very talented Broadway performers at 54 Below go into autobiographical details and perform songs that meant a great deal as they grew up and began their careers.  Brian Charles Rooney, making his  54 Below debut January 5, defies comparison as he describes his voice as a bari-tenor and, at one point, the parallels between his career and Bea Arthur; also a bari-tenor, both names begin with a B, and both have played Lucy Brown in “Three Penny Opera.”  Rooney played Lucy Brown in drag in the last revival upstairs which starred Alan Cumming.  Rooney, throughout his act, effortlessly sails from his low baritone to a high almost falsetto tenor but his switches always make sense.

On a rainy night, there was a capacity house of friends and fans.  With the assistance of his musical director/pianist Spencer Crosswell, the set up of the act was a box full of audience requests.  The first hysterical one was “Bei Mer Bist Du Schoen” where he sang the lyric “of all the men I’ve known, and I’ve known some“ bouncing around the stage in hyper energy until he settled on a stool and segued into the English language version of “La Vie On Rose” in his beautiful tenor and going very high on the “la, la, la’s.”  His Bea Arthur tribute was Jerry Herman’s “The Man In The Moon” and it was delicious!

He told of cabaret supporters Czar Stefan and Prince Phillip who  hired him to perform at their wedding party at Joe’s Pub.  They asked for Kurt Weill and Rooney performed “My Ship” in a very high falsetto straight through.  Rooney told tales of auditions and how they always ask him for a “legit” song and a comedy list song.  His choices:  “Maria” and “Out There.”  Then he told of actually meeting Alan Menken at a benefit in Massachusetts and someone requesting him to sing the witch’s song from “Little Mermaid.”  With the assistance of Crosswell, Rooney’s delivery of “Poor Unfortunate Souls” was classic (even though Emily Skinner did a great job on this number in her act at 54 Below).

He mockingly imitated reading a request from Andrew Lloyd Webber asking him to do his most famous song.  “Music in the Night” without the mask was sung soulfully and his high notes were glorious.  After describing his open call edition for the off Broadway musical in which he was cast and got his Actors Equity card, he sang his audition song.  He got a part but he didn’t get to sing it in the show.  It was the hysterically funny gay cave man song, “Way Ahead of My Time.”

The true request from the audience was for a song from “Grey Gardens.”  Borrowing a shawl from an audience member and wrapping his head in the shawl, he transformed himself into young Edie Beale in her second act opening number “The Revolutionary Costume for Today,” and the impact was sheer genius.  His other transformation was the Sondheim request, a full performance of “Finishing the Hat” and it was better than Mandy Patinkin’s original performance.

Brian Charles Rooney’s encore was an amazing mash up medley entitled “Audition Song” arranged by Andrew Byrne in which he ran the gamut of his range and characterizations including pieces of almost every Broadway musical and operetta, including “Phantom,” “Cats,” “Oklahoma,” “Hello Dolly,” “My Fair Lady,” astonishing us all.

Be sure to watch for Brian Charles Rooney’s future appearances.  His website is www.briancharlesrooney.com