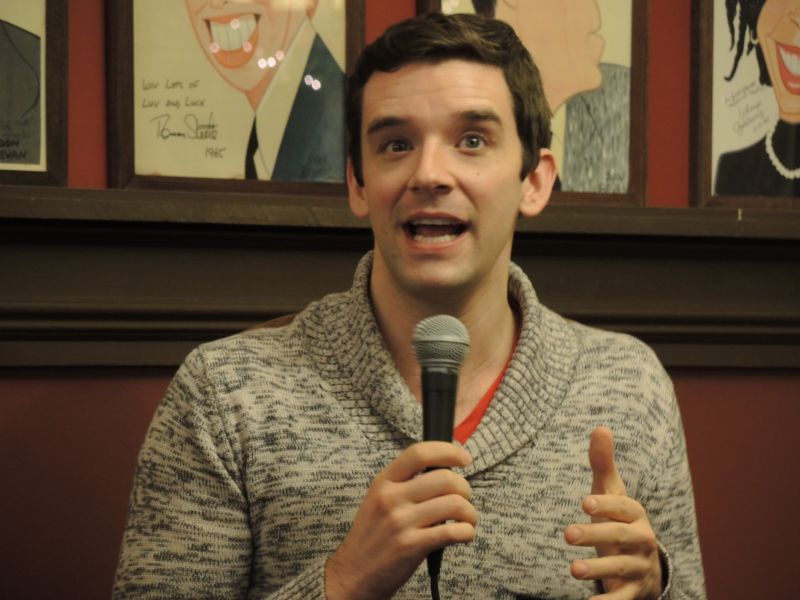 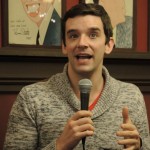 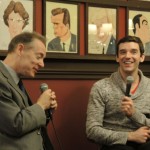 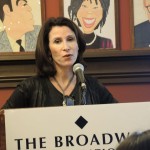 Preceding Michael Urie’s delightful responses and insights about his one-man show at the Barrow Street Theatre, in an interview with Matthew Maguire,  the Association presented the latest updates on “Spotlight on Broadway.”  Katherine Oliver, Commissioner – Mayor’s Office of Media and Entertainment – was on hand to highlight a video update of this multimedia project that is sure to leave an indelible legacy on Broadway and its forty theaters.

Visitors to, and residents of, this great mecca can now easily access information about all of the theaters, their histories, current shows, a map to get to each theater, all on an interactive website that has been launched with 40 videos featuring interviews with Broadway celebrity performers and creative professionals.

Later this year, an in-ground map made out of steel and granite will be installed in Duffy Square, the triangle bound by Broadway and 7th Ave between W. 46th and W. 47th Streets in Times Square. The large-scale map provides a fun way for visitors to visualize the density of the world’s largest theater district while standing in the center of Times Square.

On to the interview with Michael Urie, who tells all about the intricacies of playing multiple roles in his one-man show “Buyer & Cellar” and what it’s like, after 250+ performances, sometimes going on auto-pilot or “going into that little white room;” and he also knows when someone in the audience is about to cough! His witticisms, charm and natural persona prove to be fun and refreshing (see video).