Broadway Backwards – What a Line Up of Talent! 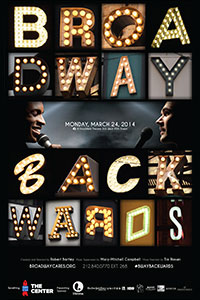 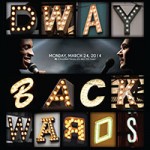 “Every year I am overwhelmed by the sensational talent volunteering their time to perform and the enthusiastic response from ticket buyers so excited to support two organizations that are deeply important,” said Robert Bartley, the show’s creator. “Through the eight editions of Broadway Backwards so far, we’ve been able to raise hundreds of thousands of dollars that help provide lifesaving medications, counseling and support for LGBT youth and those struggling with HIV/AIDS.”

Broadway Backwards is an annual celebration where gays and lesbians see their stories told through the great songs of musical theatre, sung by their favorite Broadway performers. Broadway Backwards began as a grassroots concert performed at the Center in 2006. In subsequent years, the event grew quickly, performing Off-Broadway, then on Broadway for the last five years. Last year’s sold-out show raised a record-breaking $347,060 for the two organizations.

VIP tickets include premium seats and a special post-show party with the cast.  A limited number of “Backstage & Beyond” ticket packages also are available, which include the opportunity to see the dress rehearsal, exclusive backstage access, a “meet and greet” with some of the stars of Broadway Backwards, premium seats for the show and more. The presenting sponsor of Broadway Backwards is Lifetime Networks with generous support from The New York Times and United Airlines.