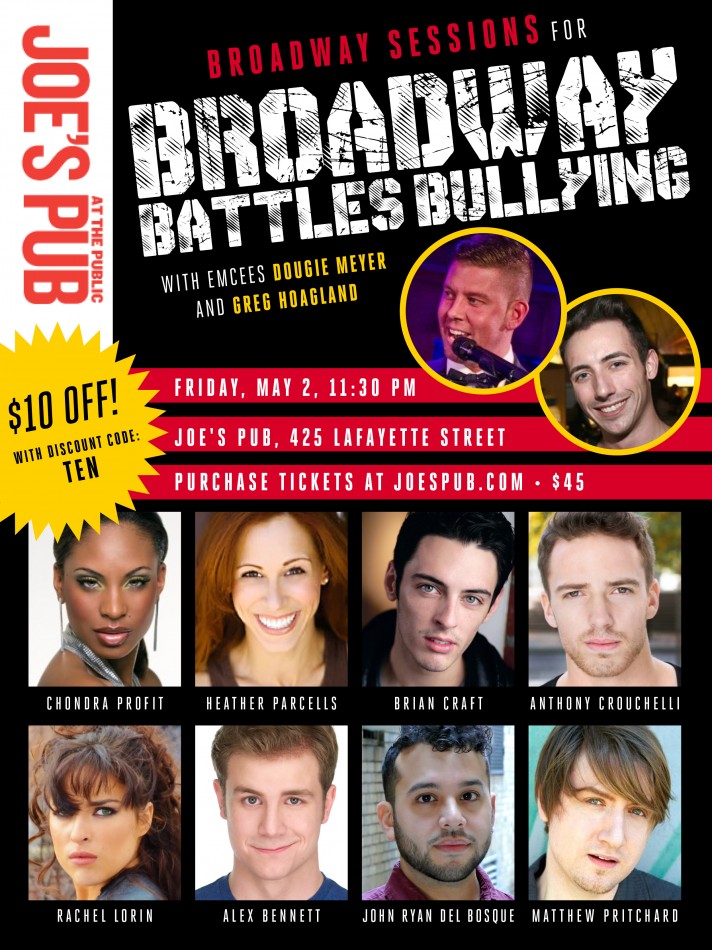 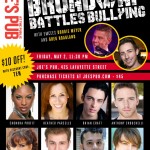 Broadway Battles Bullying Concert is set for Friday, May 2nd at 11:30PM (11:00 doors open) at Joe’s Pub at The Public. Tickets are $45 at the door, but are available on-line for a discounted rate of $35 at JoesPub.com with coupon code “TEN” Nightlife’s Dougie Meyer & Greg Hoagland will be emcee for the evening.

All proceeds will be donated to the newly-founded Michael Morones Foundation which was created following the attempted suicide of 11-year-old North Carolina student Michael Morones, who was severely bullied by his fellow classmates for his love of the My Little Pony television series. Morones, who attempted to hang himself, was found in time to save his life, but is currently undergoing intensive rehab due to the severity of the brain damage he sustained. He will need ongoing managed care for the rest of his life.

The mission of the Michael Morones Foundation is to educate communities about youth suicide prevention and the effects of bullying.

Music Directing the concert is Michael James Roy, the band will also feature Max Yassky on Drums and Isam Rum on Guitar along with others.