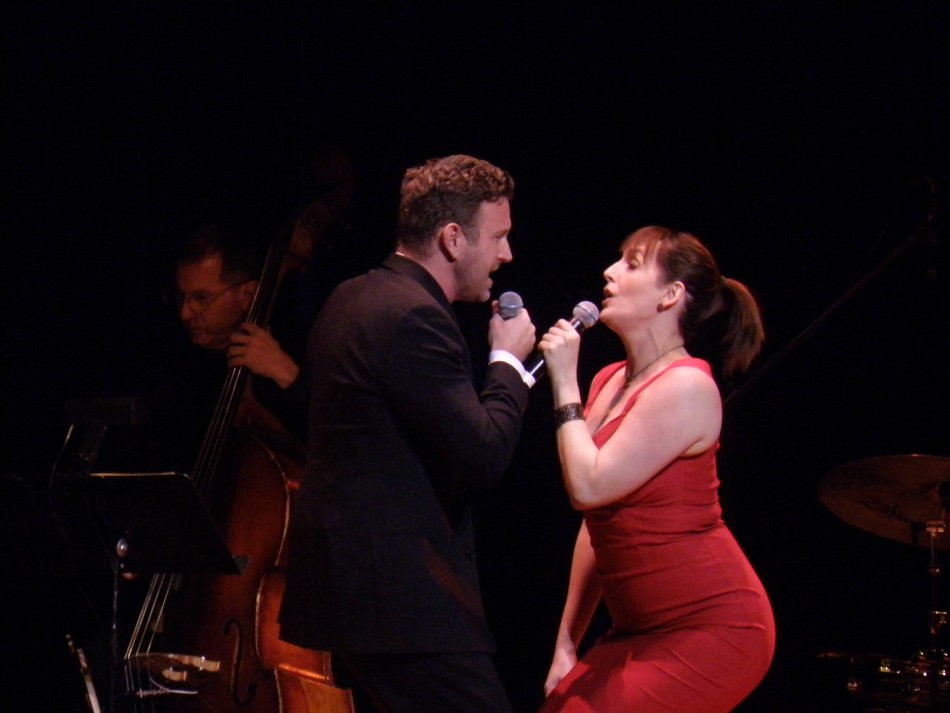 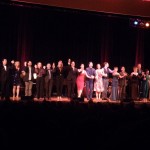 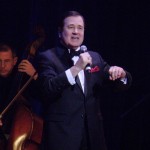 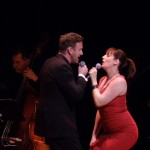 This is the 15th season of Broadway By The Year, the critically acclaimed series at Town Hall written, directed and hosted by Scott Siegel. Instead of bringing the audience one year at a time, Scott decided to celebrate 100 years of the Broadway Musicals in one season, divided into 25-year segments. The latest, on March 30, 2015, gave us what is considered “the Golden Age of the Broadway Musical” 1941-1965 where iconic shows like Oklahoma, Carousel, Finian’s Rainbow, Pajama Game, West Side Story, Oliver, Hello Dolly and others were created and are now part of the fabric of American popular culture. Ross Patterson has been with the series from the beginning and served as music director along with his “Little Big Band” with Tom Hubbard on bass and Jamie Elban on drums.

The opening number from Banjo Eyes (1941), “We Did It Before,” was sung by members of the Broadway By The Year Chorus consisting of young singers from Scott’s Rising Stars program and staged by Vibecke Dahle. Beth Leavel (Tony Winner, The Drowsy Chaperone) performed a remarkable version of “Blues In The Night” from Priorities of 1942. Oklahoma arrived in 1943 and was one of the first shows to coordinate the book and songs and has been translated into many languages as John Bolton showed us with a rousing interpretation of the title song in German, Italian and Japanese.

The show was brilliantly organized as there was a show-stopping number from a Broadway production that opened in each year from 1941-1965. Three time Grammy Winner Lari White sang an inspiring version of “You’ll Never Walk Alone” (Carousel 1945) with the BBTY Chorus, Liz Callaway’s lovely voice was perfect for “Look To The Rainbow” (Finian’s Rainbow 1947) and Molly Pope’s “Too Darn Hot” (Kiss Me Kate 1948) was the surprise performance of the evening.

Steve Rosen scored with the comic “Don Jose of Far Rockaway” (Wish You Were Here – 1952) and the charming Noah Racey sang and danced into our hearts with “It’s All Right With Me” (Can-Can 1953).

The duets were outstanding as Julia Murney and Ben Davis competed for love in Pajama Game’s “There Once Was a Man” (1954) and Alexandra Silber and Ryan Silverman performed a thrilling “Tonight” as Tony and Maria from 1957’s West Side Story. Two of the “Rising Stars” made their BBTY debut as Jenna Dallacco sang a touching version of “Small World” from Gypsy (1959) and Graham Bailey’s “What Kind of Fool Am I” (Stop the World 1962) was very moving. Every performer and performance was sensational and received thunderous applause from an appreciative audience, especially Lee Roy Reams’ medley from Hello Dolly (1964) ending with a rousing “Before The Parade Passes By.” The show closed with Ryan Silverman singing the title song from 1965’s On A Clear Day to complete 25 years and 25 stars.

The next two concerts will give us the next 50 years of Broadway and bring us into the present.

For more info and tickets: Contact Scott Siegel at SiegelEntertainment@msn.com