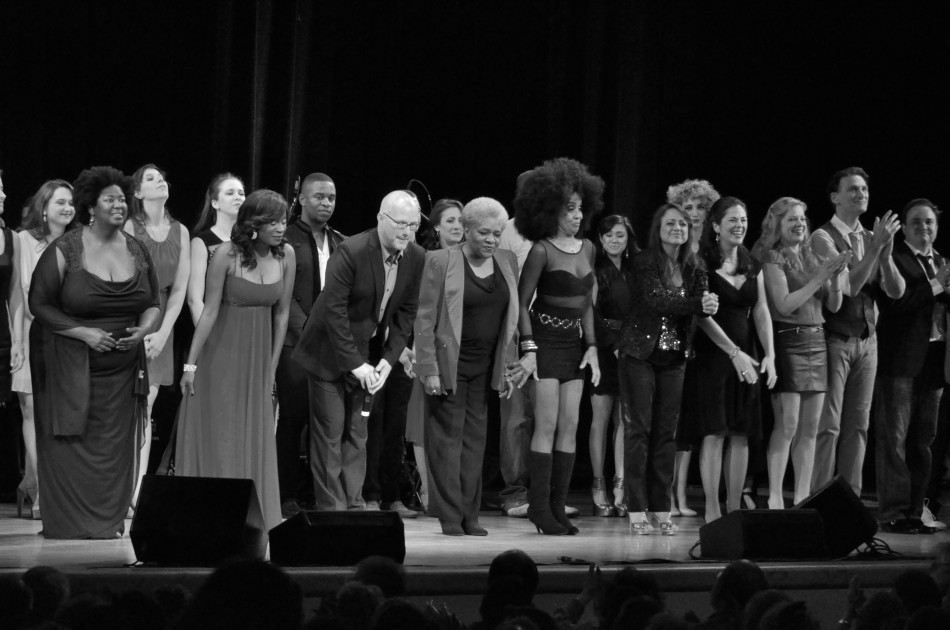 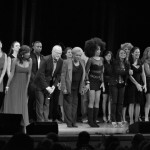 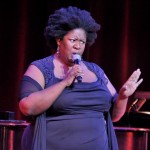 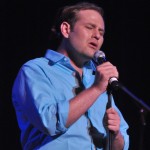 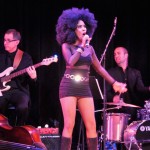 Scott Siegel’s four-part Broadway by the Year series concluded with the songs from Broadway Musicals from 1990 to 2014. As we have come to expect, the singing was extraordinary, although one could argue with some of the song choices. The format of these four programs covering 100 years of Broadway musicals was one song representing each year which was a bit frustrating. If the singing hadn’t been so good, the programs might have been a bit frustrating, jumping from year to year. 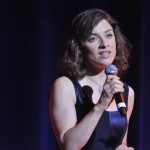 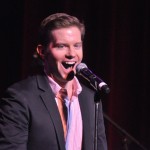 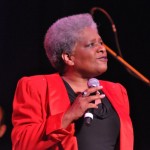 Several numbers stopped the show including a poignant “What More Can I Say” from Falsettos (William Finn) sung by Bobby Steggert and, on the other end of the excitement spectrum, “The Acid Queen” from The Who’s Tommy sung by a strutting, sexy Cheryl Freeman. Jenn Gambatese’s “You Walk with Me” from The Full Monty caught the quiet intensity of married love. Lucas Steele sang “The Winner Takes It All” from Mamma Mia giving it extraordinary dignity for a song about resignation. Steely strength modified by experience and love kept Christina Aranda’s “Pacienca y Fe” from In the Heights from becoming mawkish. Chad Kimball reprised “Memphis Lives In Me” from Memphis still sounding as youthful as he did 5 years ago. Also recreating a role was Jack Noseworthy who sang the jazzy and sweet “One Track Mind” from Sweet Smell of Success.

Deliriously funny was Oakley Boycott’s ersatz Brecht/Weill Mel Brooks ditty “He Vas My Boyfriend” from Young Frankenstein. Sarah Jane McMahon caught the delirious sweetness of “The Light In the Piazza” while NaTasha Yvette Williams nearly stole the show with “Stop the Show” from Martin Short: Fame Becomes Me, a number about a “big black lady’s” 11 o’clock number. William Blake turned “Fever” from Million Dollar Quartet into something oddly saucy, sassy and campy.

The weakest number artistically was “Libertango” from Forever Tango choreographed by Mark Stuart and danced by him and Mindy Wallace. Although the audience ate it up, it was full of his usual acrobatic lifts and lacked any real passion.

The Broadway by the Year chorus was impressive in “Seasons of Love” from Rent and gave heft to the closing number, Carole King’s “You’ve Got a Friend” currently showcased right across the street from The Town Hall in Beautiful: The Carole King Musical.

The wonderful band was headed by Ross Patterson with Tom Hubbard on bass and Jared Schonig on drums. Mr. Patterson has been the backbone of all of Mr. Siegel’s shows, as has been Scott Coulter who directed.