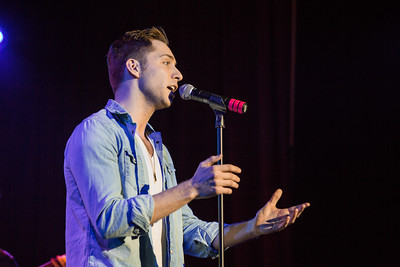 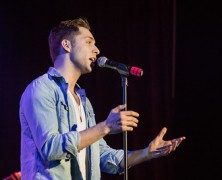 A brilliant, sexy, celebration of Billy Joel’s remarkable musical output.         By Joel Benjamin   Broadway Sings’ director/producer Corey Mach is a smarty who grabs young Broadway talent—between jobs, or on their nights off—and offers them a chance to shine in theme-based shows, such as Broadway Sings Billy Joel which recently filled at the Highline Ballroom in Chelsea with ninety minutes of high class, joyous entertainment.   Broadway Sings Billy Joel put some fresh spins on eighteen of this great singer/songwriter’s numbers, the most spectacular example being the music director, Joshua Stephen Kartes’, jazzy, almost hallucinogenic rendition of “Piano Man.”   Some chose to stick closer to the original, iconic Billy Joel arrangements, such as Erich Bergen’s opening salvo, “Keeping the Faith;” Christine Dwyer & Jed Resnick’s “Scenes from an Italian Restaurant;” Julia Mattison’s “Captain Jack;” Alexa Green & Aaron LaVigne’s “Just the Way You Are;” Mr. Mach—clearly a polymath—and quietly contemplative, then sensuously ecstatic “She’s Always a Woman;” and Sydney Morton’s tough cookie “It’s Still Rock and Roll to Me”   Some performers came up with fascinatingly personal variations on Joel’s supposedly definitive versions. Brennyn Lark’s “Movin’ Out” revealed its many sultry, sensuous nuances. Ginna Claire Mason’s went Country/Western/twangy with “She’s Got a Way.” Apollo Link was seductive rather than jubilant in his “Uptown Girl.” Lilla Crawford’s dreamy “Vienna” was a surreal dream in her girlish pop soprano. Mark Evans, singing “This is the Time,” used his big, rich voice to illuminate the lyrics’ lush imagery and Grasan Kingsberry turned “River of Dreams” into a bluesy haze.   Four singers, for some reason, stood out from the others for me. Natalie Weiss transformed “For the Longest Time” from a close-harmony, doo-wop pastiche into a lovely lullaby while Arielle Jacobs’ “Lullaby” was simply beautiful in its quiet emotional depth. Mitchell Jarvis fused acting and singing to communicate the indecisiveness and unhappiness of the guy in “And So It Goes.”   Then there was the obligatory “New York State of Mind”: Zak Resnick’s intimate, yet quietly ebullient reading was a perfect way to end the evening.   In addition to being a rip-roaringly exciting concert, Broadway Sings Billy Joel was a fantastic showcase for these extraordinarily talented—not to mention, quite good-looking—performers. Their contact information was projected on a stage-wide screen which also offered the song titles.   Perhaps, some more thought to the voice/band balance would pay off, but otherwise, the performance was technically topnotch with showy lighting tricks and video projections enhancing the mood.   The generously large band, conducted by Mr. Kartes, showed its command of many styles with soloists adding color and mood to most of the songs.   This was a great evening re-asserting both Billy Joel’s genius and the cornucopia of talent in New York City.   The Highline Ballroom’s ambiance helped add to the success of the evening.     Broadway Sings Billy Joel (February 22, 2016) Highline Ballroom 431 West 16th Street, between 9th and 10th Avenues New York, NY