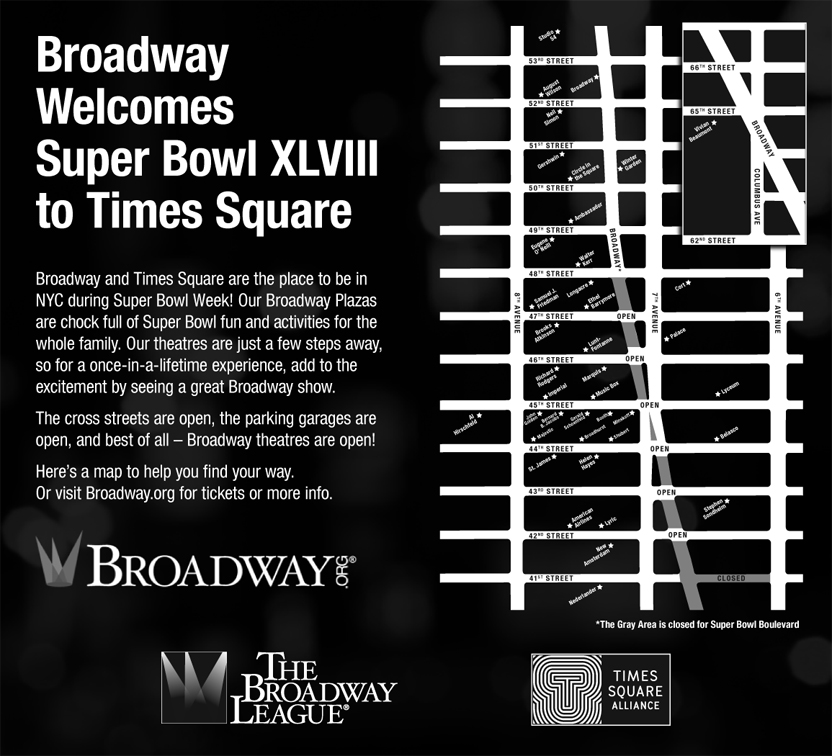 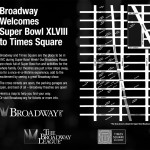 It will be a hot time in Times Square as Super Bowl meets Broadway. Don’t fret because all the Broadway theaters are open as are the cross streets and parking garages.

Alternate Curtain Times During Super Bowl Week will make it easy to see a show.

There’s a special map that clearly shows the location of Super Bowl Boulevard showing easy access to Broadway theatres. During Super Bowl week, Times Square will be busy, but accessible.

Need tickets to a show?

Go to Broadway.org  to get tickets at all price points from official ticketing sources.

Broadway Week 2-for-1 promotion will be available from January 21 through February 6, 2014; tickets to participating shows are on sale at nycgo.com/broadwayweek.

Spectators will be treated to special Broadway performances at numerous NFL sponsor and host committee events around town during the week. PepsiCo will host Super Bowl Celebration in New York City’s Winter Village at Bryant Park, including Broadway performances from Pippin, Newsies, Motown, Rocky, Mamma Mia!, and Chicago, appearing on stage throughout the day.