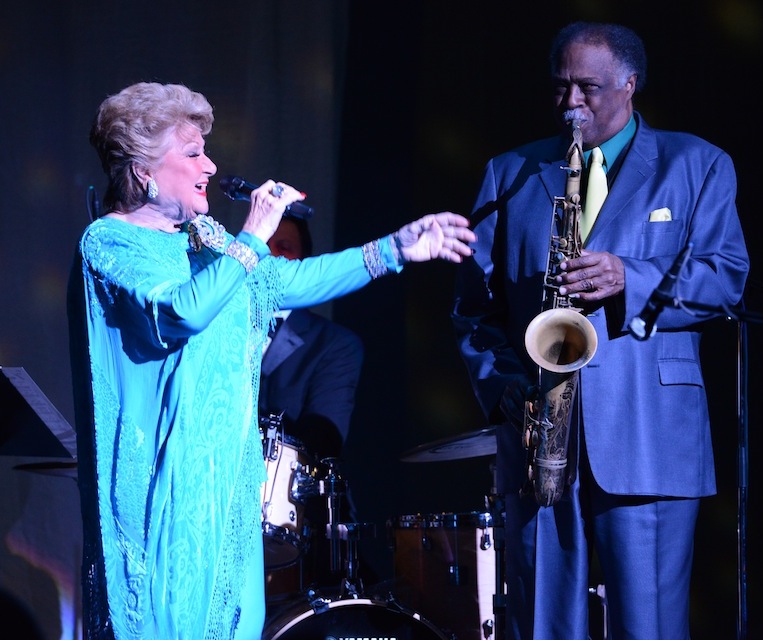 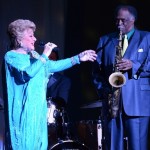 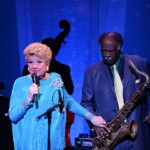 The “Perfect Pair” of Marilyn Maye and Houston Person, two jazz legends, lit up the Harmon Stage at Stamford’s Palace Theater on January 22, 2014.

Last in the Broadway/Cabaret/Jazz Series, “Perfect Pairs” starred two jazz legends, Marilyn Maye and Houston Person. They played to an enthusiastic audience on the Harmon Stage of The Palace Theater in Stamford, Connecticut accompanied by a stellar band of musicians: Tedd Firth on piano, Tom Hubbard on bass and Daniel Glass on drums. This series was the brainchild of Lynn DiMenna who produced and hosted the concerts and, for the finale, pleased the crowd by showing her vocal chops opening the show with a lively “Rhythm Medley” consisting of “I Got Rhythm, Crazy & Fascinating Rhythm.” 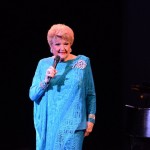 Marilyn Maye entered looking every inch the star in a dazzling turquoise outfit designed by Bob Mackie.  She opened with “I Hear Music” followed by “Hey, Old Friend/I Love Being Here With You” singing right to the intimately seated audience, creating an immediate bond with all of us.  I am a fan and have attended many of her performances and what is particularly remarkable is that Marilyn, aside from being a top-notch vocalist, never sings a song the same way twice and always surprises her listeners. She was Johnny Carson’s favorite singer and appeared on The Tonight Show 76 times! 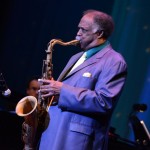 During a song tribute to Ray Charles, Marilyn brought Houston Person to the stage. He is a renowned tenor saxophonist and record producer and although he has performed in the bop and swing genres, he is most experienced in and best known for his work in soul jazz.  Marilyn sang “Just For a Thrill” while Houston backed her up with his virtuoso sax accompaniment.  He also performed two fine instrumental solos with the band, ‘Namely You” and “Too Late Now.”

Marilyn rejoined Houston and began to sing a torchy “Blues In The Night” which demonstrated her jazz chops and the exciting part was that the two of them seemed to be improvising to great effect; it didn’t feel rehearsed but totally spontaneous. The same thing happened on “Here’s That Rainy Day/Stormy Weather” and for the rest of the evening, the fun continued as they played off each other.  You could see how they enjoyed taking turns on Fats Waller’s “Honeysuckle Rose,” with Marilyn’s extraordinary vocals, matched with the amazing sounds coming out of Houston’s sax.  Marilyn clearly was ready to sing a few more songs if not for time constraints, so she ended her set with a medley of popular New York songs that had the audience clapping.  Houston returned for the encore, a jazzy version of Rodgers and Hart’s “Mountain Greenery” giving this “Perfect Pair” a well-deserved standing ovation. 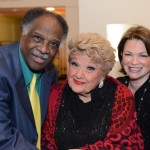 Visit www.SCAlive.org for a full listing of upcoming events at the Stamford Center of the Arts.  Since this series has been so successful, there might be more concerts of entertainers who are “Perfect Pairs” next season.