Broadway’s Surprises or You Never Know What to Expect 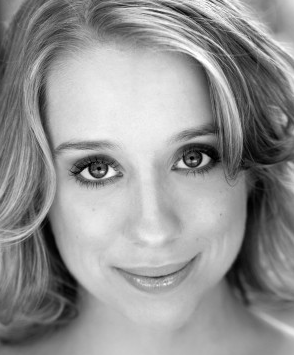 by Scott and Barbara Siegel

A Christmas Carol at The Lyceum Theater…

It is rare that we go to the theater with anything but enthusiasm and hope, always expecting/wanting to be joyfully entertained, if not uplifted and/or moved. But here we were, booked to see yet another version of A Christmas Carol, this one at the Lyceum Theater, and as we headed to the show we thought of all the other things we wished we might be otherwise doing that night. But! Wait!

The show was a sheer delight. Entirely re-imagined with a lovely script, terrific actors, enchanting use of music, and absolutely extraordinary stagecraft, this show was a shockingly happy surprise. All of that said, let’s be specific: Campbell Scott makes a compelling and ultimately vulnerable Scrooge, and Matthew Warchus’s direction is sublimely imaginative; he uses the entire theater to glorious effect, but despite the razzle dazzle of his theatrics, he never upstages the actors who anchor the show with their humanity. If ever there was a theatrical Christmas present, A Christmas Carol is it. 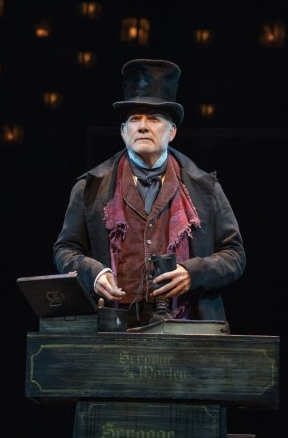 Campell Scott in A Christmas Carol

The Lightning Thief – No, it’s not a very good musical, but…

We saw The Lightning Thief when it was Off-Broadway and we were surprised to see that it had transferred to Broadway; it was, at best, mediocre when it was downtown. Well, perhaps they had made a lot of changes and a new, improved version was coming to the Great White Way? Well, no.

But as we watched the production unfold, both of us were mesmerized by the deep-voiced actor playing the professor who was part man/part Pegasus. It was not the same actor who played the role downtown, but we could swear we knew him. And he was really great fun to watch and listen to; clearly his performance was one of the high points of the show.

We never had a chance to look at the program during intermission, but it occurred to us that he might just be the actor we originally saw and adored in a tiny Off-Off-Broadway production in 2005 titled Fools in Love, a bright take off of A Midsummer’s Night Dream. And lo and behold, yes, it was him: Ryan Knowles. We had, in fact, seen him after that but 2005 was the first time…

And what a wonderful thing it was to see this obviously gifted actor stick with his craft through the last nearly 15 years and find him still so idiosyncratically brilliant, but now on Broadway! Congrats to him and, by extension, every other actor who rises through the ranks without being ground down by the process. Ryan Knowles, glad to see that this particular lightning has illuminated you! 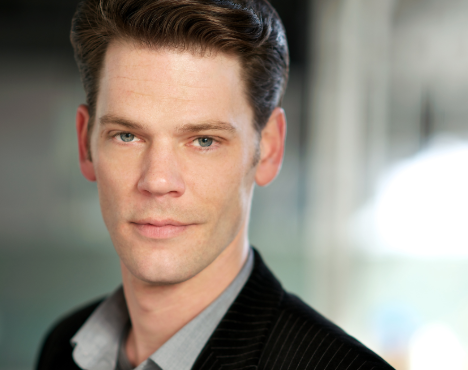 The Rise of Alyse Alan Louis…

Soft Power, which recently closed at The Public, was strikingly similar to A New Brain.  In Soft Power, playwright David Henry Hwang turned his horrifying experience, when he was randomly knifed and nearly bled to death — into a a musical. Years before, William Finn did something similar after he had to undergo brain surgery to save his life. What else but create a musical out of the experience. Of course, after that similarity, the two musicals diverge, but we make the comparison because both shows also happen to have in common one superior, luminous actress…

When A New Brain was presented in 2015 in an Encores! production, one could find the vivacious young Alyse Alan Louis in the role of Rhoda, our hero’s best friend and agent. And now, just a few years later, Alyse Alan Louis appears in David Henry Hwang’s new musical as its female star, including a singing and dancing dream version of Hilary Clinton. If Ms. Louis’s star power was twinkling in A New Brain, it was almost blinding in Soft Power. A rare example in today’s theater of a triple threat, she is a charming actress, a clarion singer, and a delightful dancer.

This young actress, like Ryan Knowles, described higher up in this column, did not materialize out of the ether to give knockout star performances; in Ms. Louis’s case, she has been a working actress since she was ten years old! More to the point, in our experience as critics, she has always stood out in everything she has done. Two examples: in the dreary Broadway musical Amelie, she was the kooky, adorable neighbor — frankly, the best performance in the show; the musical might have been better served if she had played Amelie rather than Philippa Soo.

None of her roles, until this starring part in Soft Power, has brought Ms. Louis the critical attention she deserves. There are literally thousands of talented actors in New York, and the difference between stardom and something less than stardom, is getting the right role in the right show. For Alyse Alan Louis, that moment has arrived. From this point on, you should expect to be seeing a lot more of her on New York’s most prominent stages!