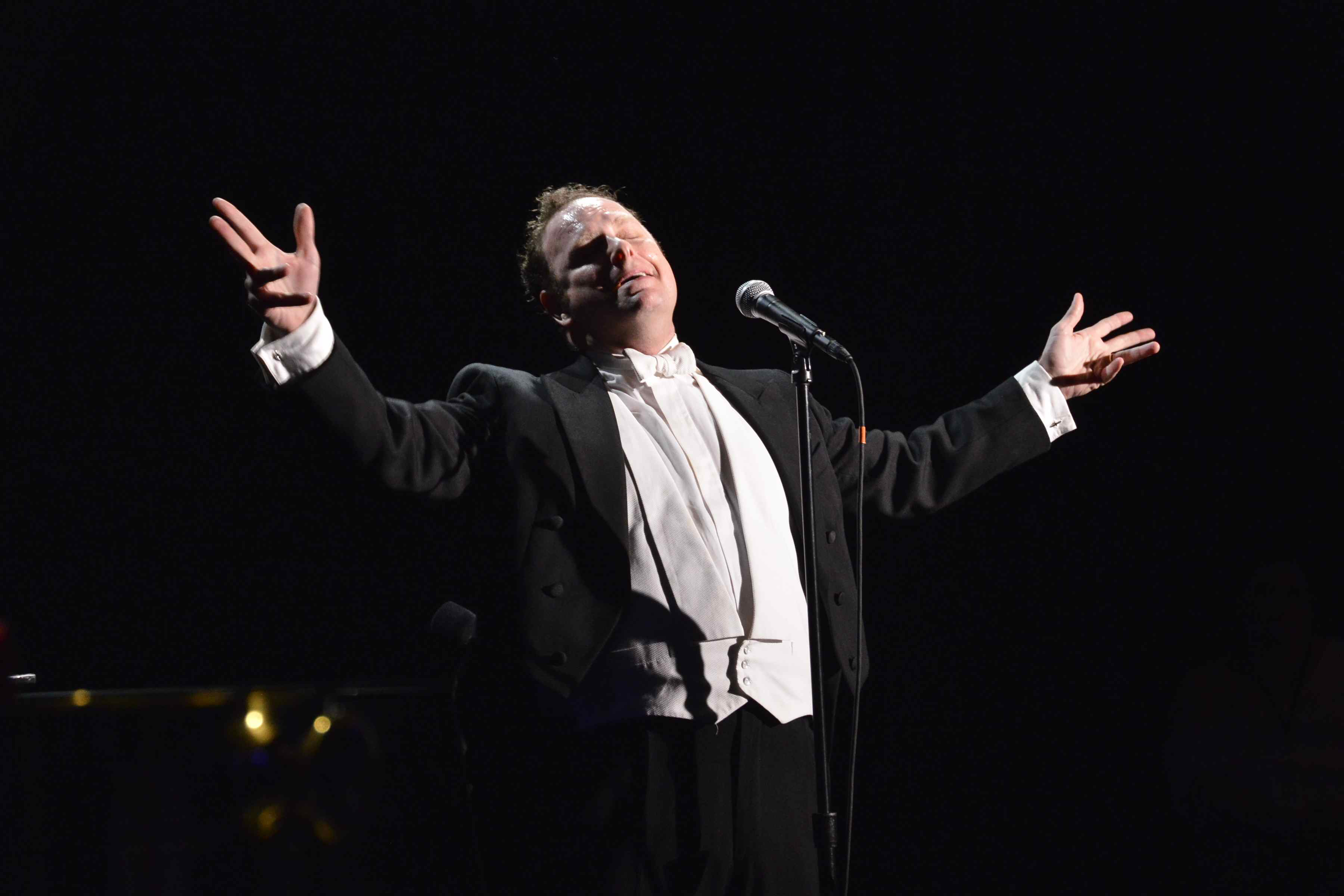 One of the core foundations of comedy is also very often one of its pitfalls: it is sometimes inextricably linked to the period in which it is written. Some types of humor becomes unacceptably offensive after a passage of time (racist or sexist jokes, for example); and other sorts become irrelevant. Standup comics’ jokes from the 1980s, say, about Ronald Reagan or airplane peanuts have lost their meaning and immediacy now that the era has passed. So, quite often, comics who dwelled in current events—Lenny Bruce is a perfect example—have little or no appeal to later generations. It is for that reason that an attempt to revive the once revered bits of a performer who lampooned the beatniks by performing classic speeches in “hip” lingo in Jake Broder’s His Royal Hipness Lord Buckley (playing through January 1 at 59E59  Theaters) is doomed to mediocrity.

While in his day Lord Richard Buckley’s act, that of a hybrid English aristocrat/blues musician, was surely a cutting edge, daringly unexpected parody of two seemingly diametrically opposed cultures, its shock value and originality is virtually invisible today. What’s more, some of Buckley’s affectations of African American characters  border on what one might call “vocal blackface” (think Amos & Andy). But Director David Ellenstein and writer/performer Jake Broder give it their all. Their small stage revives a 1950s nightclub: a three piece orchestra (Mark Hartman on piano; Brad Russell on bass; and Daniel Glass on Drums) backs a tuxedo-clad Big Personality, Lord Buckley (Broder), whose bits are linked by “hip news” flashes, performed by a period-perfect Michael Lanahan. Buckley’s gags are hip/jive re-tellings of time-worn classics like A Christmas Carol or The Pied Piper of Hamlin. Hard to speak for 1950s audiences, but today’s crowds are severely overexposed to “clever” takes on those pieces, so from the get-go they’re a tough sell. For example, the hepcat version of “The Gettysburg Address” that opens with “Four big hits and seven licks ago,” now lacks inspiration and gets only the scarcest chuckle from the audience. Furthermore, Broder’s script is, for no apparent reason, set “Now” and includes contemporary political barbs, most aimed at Donald Trump. If you’re going to travel back in time to relive a cultural moment, it seems counterintuitive to make current references. Part of the magic is to sell the period. What’s more, in a room where the vast majority of the audience agrees vehemently with your politics, there’s scant value in obvious commentary.

In a mid-1950s episode of You Bet Your Life (a clip of which can be viewed on YouTube), the show’s esteemed host, Groucho Marx, seems bewildered by Lord Buckley’s act. Groucho, who did his share of indulging in parodies and stereotypes (cringingly so, at times, by today’s standards). Despite Buckley’s ultimate influence (most likely for his bold irreverence than anything else) on a generation of comic geniuses, the quintessential comic genius, Groucho, merely rolls his eyes at the act (“I’d ask you to repeat that, but I’m afraid the second time you might say it the same way you did the first time,” Groucho quips). We end up feeling much the same way.

While Broder and company no doubt do Buckley’s act justice, the problem lies with the concept itself. While the language of “hip” may once have seemed revolutionary and laden with social and political meaning, it’s now mostly silly self-parody and hard to listen to. Sadly, not unlike a lot of comic routines, Buckley’s act simply doesn’t stand the test of time. 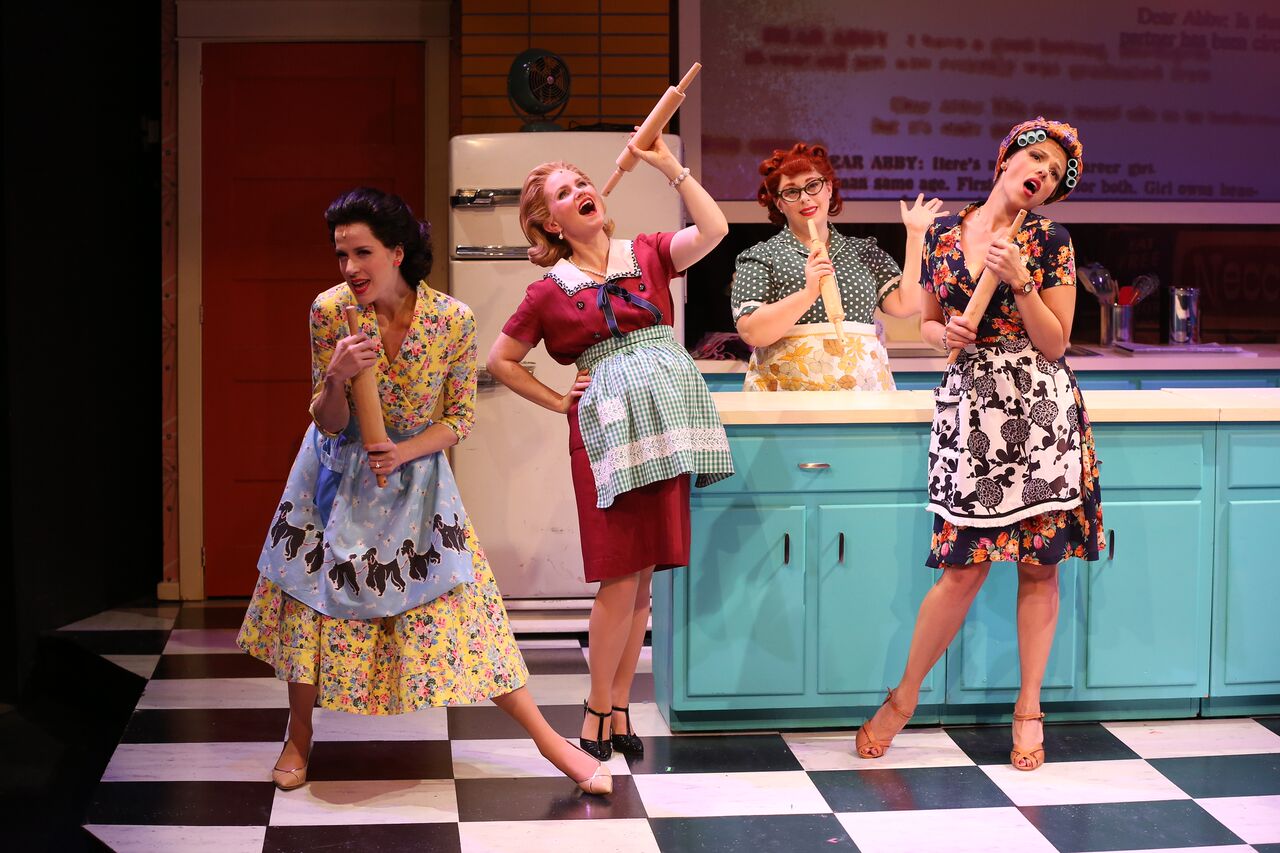 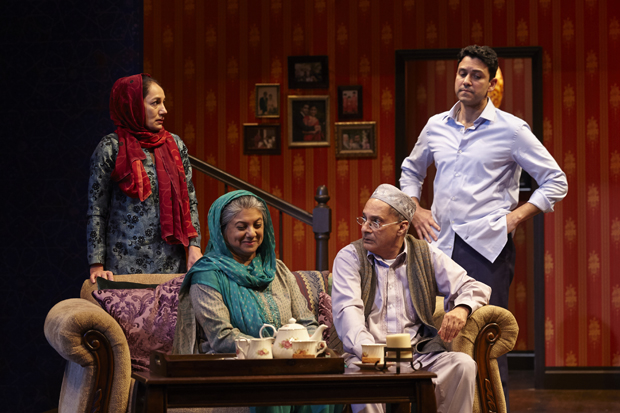 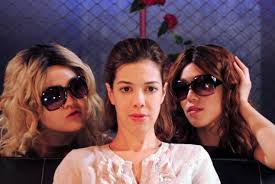