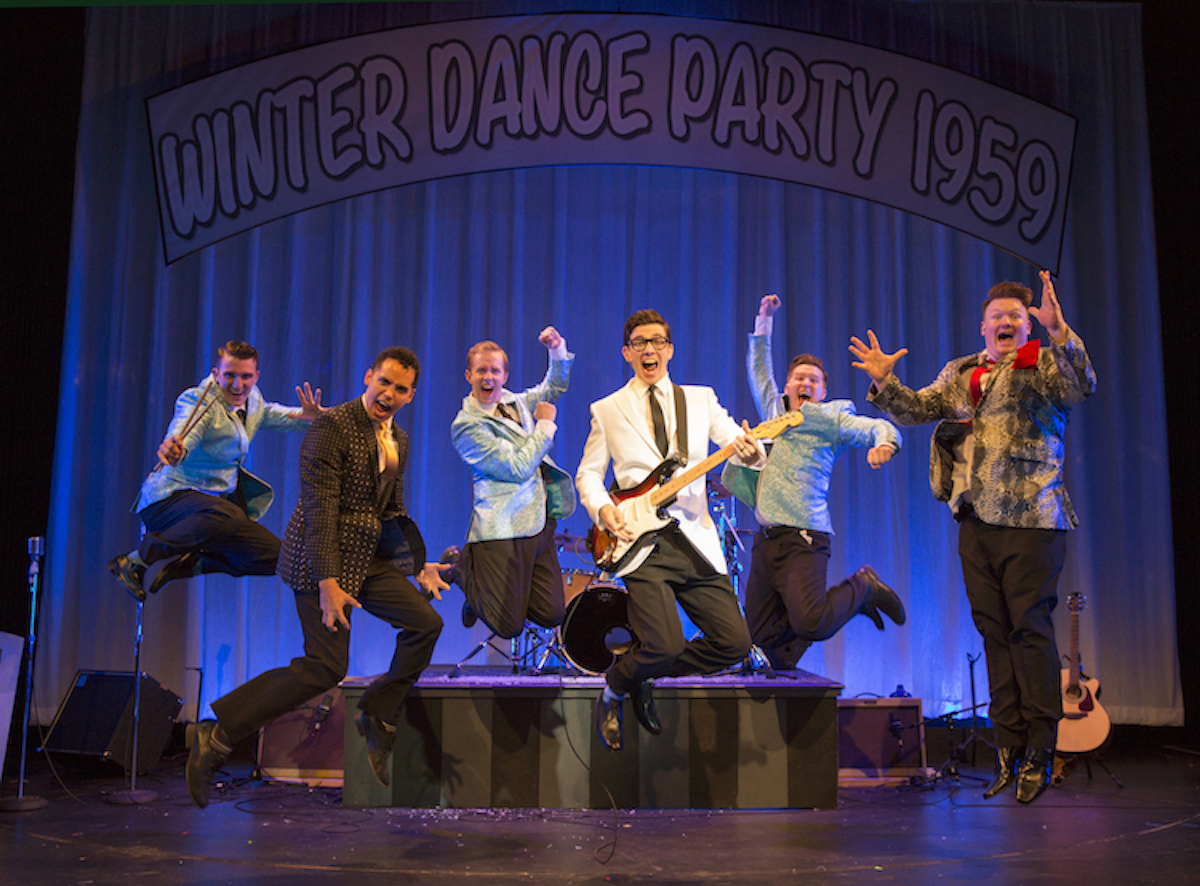 You might quickly want to say ‘What? Another jukebox musical?’ . . . ah, but wait a minute this almost concert-like, hi-energy, non-stop musical, returning to the Bucks County Playhouse, featuring 27 songs of a young genius’ meteoric rise to fame in less than 3 years (1956-1959) in rapid, breakout succession, will (or should) have you dancing in the aisles to one of rock n’ rolls high energy fathers of that musical era that changed everything. Yes, it’s all about those tunes we continue to move, groove and sing to . . .to this very day (whatever your age) – “That’ll Be the Day” – “Everyday” – “Think It Over” – “Peggy Sue.” And, to boot, he’s got the Big Bopper and Richie Valens on the team.

Buddy Holly and the Crickets – that’s how it all begins (as written by Alan Janes) with a cast that does justice to the thread that keeps weaving the intensity of a young 22 year old bespectacled Buddy Holly, played by a wonderfully blessed John Dewey, with vocals a-plenty, and just enough stroppy posturing that makes him perfect in the role. He is accompanied by his sidekicks, drummer Jerry Allison (Zach Cossman) and Joe B. Mauldin (played by a super athletic James David Larson on bass who can play it upside down, leaning sideways and straddling atop)!

If you’re expecting to hear a lot of backstory, that’s not gonna happen. But you get just enough before the sad ending of an all too brief career of R & R’s greatest music makers. As we move through Act I, starting in Lubbock, Texas with the very young Holly and band, they are featured on a country radio station run by Hippockets Duncan (a comedic Andrew Frace) who fires the group when they go for it . . . singing one of Holly’s early  R & R tunes on air, then referred to as ‘the devil’s music’. On his journey, he winds up at a radio station in Nashville where, once again, he’s only wanted for country music. When he attempts playing his own style, it’s bye bye as he winds up back in Lubbock (“Blue Days, Black Nights”) and is eventually turned on to rogue music producer/manager who is recording ‘new’ music – –  Norman Petty (Kent M. Lewis) down in Clovis, NM where Holly and his group arrive and are welcomed to record as many free demos as they want, without any artistic restraints on Buddy. They make a deal and very quickly life in the fast lane moves along, one song at a time, where Petty’s wife Vi (Elizabeth Nestlerode) joins the fray as the piano player and they tear off one demo after another. Not that easy when you have a perfectionist like Holly! Moving up the ladder of success, song by song, Holly and band, just a group of white boys, a real spectacle, are seen at the Apollo Theatre in Harlem, nervously waiting to go on. This is when we get to listen to the amazing sassy Brandi Chavonne Massey, who literally lights up the stage and audience with her rendition of “Shout,” preceding Holly and Crickets who tear it up with “Peggy Sue” and “Oh Boy.” Act II opens as the very dapper dressed boys, four gold records later, enter their agent’s office and Holly falls head over heels with Maria Elena (Natalie Ortega) his soon-to-be-bride. Within 5 hours, he’s asked her to marry him, soon followed by the band break up because the guys are drinking too much, with Buddy going it alone gig after gig.

On that last segment of the well known ill-fated tour, even with Maria Elena telling Buddy about her dream of a big explosion (“True Love Ways”), we find him backstage where we finally get a real taste of the Big Bopper (an extraordinary Karack Osborn) and “Chantilly Lace” and Richie Valens (unstoppable, grinding, hip weaving Gilbert D. Sanchez) in “La Bamba.” This was their final show together at the Surf Ballroom in Clear Lake, Iowa.

The three of them died in a fatal plane crash on their way to Moorhead, Minnesota on February 3, 1959 –   memorialized by Don McLean in “American Pie” as ‘the day the music died.’

The Buddy Holly Story is an emotional journey that leaves you wanting more, not musically . . . but more about the life of this young musician who left so much to musical history but taken much too soon.

Hunter Foster directs this animated cast with extraordinary insight while Lorin Latarro provides the spot-on choreographic moves. The scenic design is simple yet viable on a turntable set created by Adam Koch. 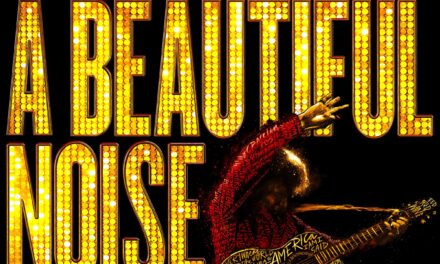 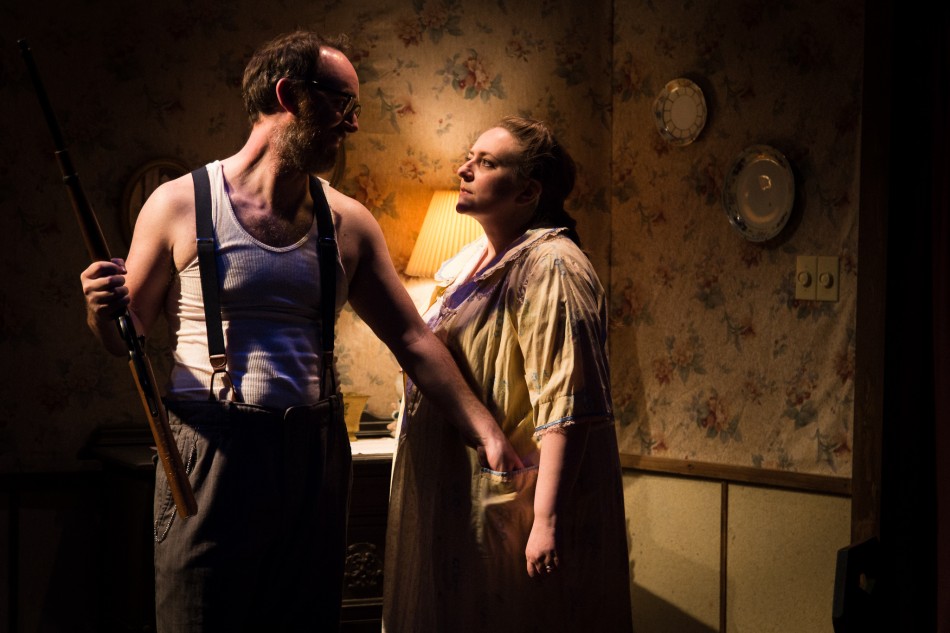