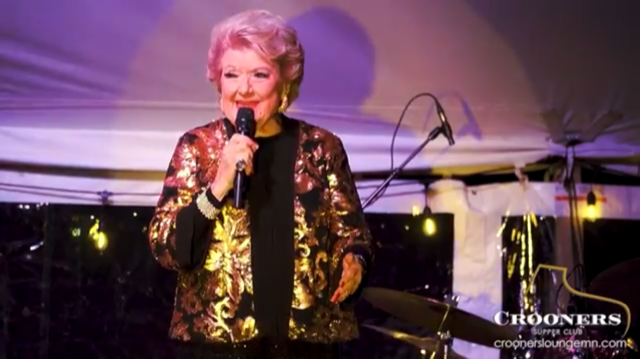 “The World of Cabaret” featured international performers and singers from many USA cities on the 3rd night of the Mabel Mercer Virtual Cabaret Convention.

The essence of cabaret is to see live entertainment, singers performing before enthusiastically applauding audiences.  However, one of the benefits of a Virtual Cabaret Convention is to be able to see performers from around the country and also internationally.  The 3rd night of the Mabel Mercer Foundation’s Cabaret Convention was entitled, “The World of Cabaret” and it was a treat to see many cabaret stars singing from anywhere from Australia to Chicago.

The evening opened with Tim Draxl who came to us from the stage of the Joan Sutherland Theater at the Sidney Opera House. Tim made quite a splash when he came to NY and hasn’t been back for 10 years. He mentioned that his first Cabaret Convention was in 1999 when he was quite young, and is now a star in Australia and seen in the TV Series, “A Place To Call Home.” With a trio of musicians he sang “Wilkommen” from Cabaret and “Mac The Knife” from the 3 Penny Opera.

From London, Christian Holder sang Noel Coward’s “If Love Were All” accompanied by David Clement-Smith from the stage of PizzaExpress Live Holborn. Hans Peter Herman is from the world of classical music and was in Amsterdam, The Netherlands performing the fun “Nina” with Brian Holman on the piano in NY. Two performers were in the Cayman Islands, Jaedyn Hanna, a student at the Berklee Music School, who sang, “One Hundred Easy Ways to Lose a Man” and Calindra-Roderick McGarvey-Sterling accompany herself singing, “Shadowland.”

Chicago was well represented with Tammy McCann accompanied by David Scott singing a heartfelt, “Send in the Clowns.” The marvelous duo of Beckie Menzie and Tom Michael were at Davenport’s singing a meaningful and well arranged medley of “Carefully Taught” with “You’ll Never Walk Alone.” Avery Sommers with Phil Hinton on piano came to us from Palm Beach, Florida performing “Maybe This Time.”

Rising Star Joie Bianco with Eric Stern on piano (both wearing masks) were in Miami and sang a moving rendition of “We’ll Be Together Again.” From Boca Raton, Deborah Silver’s lively “I Got Rhythm” was well produced with a quartet of musicians and 2 back-up vocalists.

From California, there were three vocalists. Amanda McBroom, famed composer of “The Rose”, lives in Ojai and sang a timely song she wrote with the late Portia Nelson called “Just in Case.” Leanne Borghese in San Francisco with Russell Dan on piano sang a rousing “Life Is Just a Bowl of Cherries,” and Iris Williams from Rancho Mirage talked about The Purple Room where she performs and sang a brief acapella “Accentuate The Positive.”

KT’s brother Tim Sullivan from Durango, Colorado started a competition named in honor of their parents for young people in the West.  With Brad Henderson on piano, the latest winner Josie Foster, from Tulsa, Oklahoma sang a touching version of “The More I See You.” The sensational Carole J. Bufford with Peter Calo on guitar, sang “Bridge Over Troubled Waters” from the woods of Vermont where the fall foliage was in full bloom. Another of my favorite singers, Jennifer Sheehan, was in St. Louis, Mo letting us know that there is a new club there called the Blue Strawberry. With her extraordinary voice and acting ability, she performed Jimmy Webb’s “Time Flies.”  Always a treat, Nicolas King with the famed Mike Renzi accompanying him were in Westerly, Rhode Island and sang the perfect song, “Rhode Island is Famous For You.”

The evening ended with two of the most talented singers in the business. The inimitable Maureen McGovern sang a remarkable “Over The Rainbow” acappella from Columbus, Ohio.  Then the legendary Marilyn Maye, in a tented outdoor club in Minneapolis, Minn. called Crooners, was accompanied by Billy Stritch leading a trio of musicians. Marilyn sang one of her standards, Jerry Herman’s “It’s Today” with high kicks and all. There couldn’t be a better closer for the evening during these difficult times than this exceptional medley about life and the passing of time. Nobody sings it better than Ms. Maye – – “The Secret of Life” paired with “Here’s To Life.” It is a pleasure to know, even during a pandemic, cabaret is alive and well here and all over the world and will return stronger than ever!

October 22, tonight, is the last night from Birdland to purchase tickets, visit the website. www.MabelMercer.org.