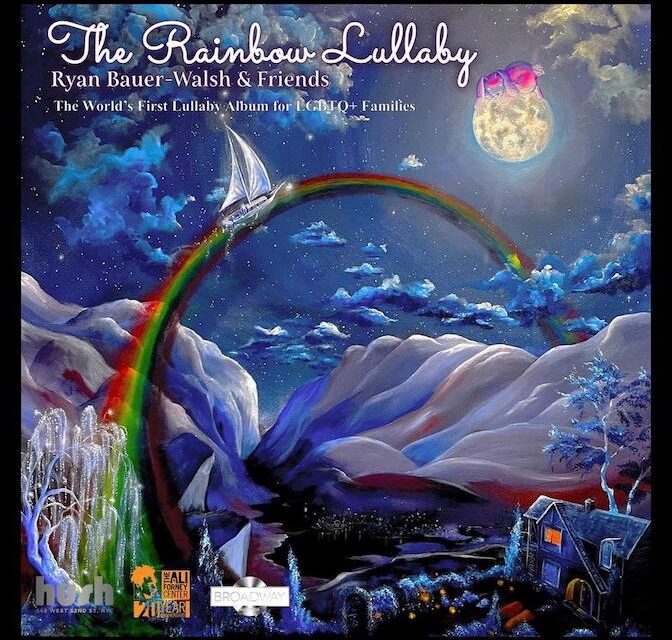 Klea Blackhurst, star of cabaret, nightclubs, and musical theater, has joined the cast of THE BOYS FROM SYRACUSE In Concert, to be presented for one night only at Feinstein’s/54 Below (254 West 54th Street) on Thursday, June 19 at 9:30 pm.  The show is being produced and will be hosted by journalist/theater historian Michael Portantiere, with musical direction by Michael Lavine.  There is a $30-$40 cover charge and Premium seats are $65 and VIP seating at $50. There is a $25 food and beverage minimum. An Additional $6.00 if purchased at the venue. Please note: all guests will be required to show proof of vaccination before entering the club. Tickets and information are available at www.54Below.com.

HUSH HK, The Ali Forney Center and Broadway Records will host The Rainbow Lullaby’s album launch with a benefit for the Ali Forney Center on Monday, June 13th from 6-9pm. Featuring LGBTQ+ Broadway stars performing numbers from the album. All proceeds from the event will go to The Ali Forney Center. This event will be emceed by Sutton Lee Seymour and Brita Filter and will include performances by Madge Dietrich (Kinky Boots), Ernie Pruneda (Sister Act), Richie Leone (PROJECT LEONE), Jonathan D. Burke (HARLEM), Jamie Cepero (SMASH) and album creators Ryan Bauer-Walsh and Fred Sauter. The event is open to the public with tickets being reserved in advance at https://www.eventbrite.com/e/the-rainbow-lullaby-album-release-rally-fundraiser-tickets-321485430577 with a recommended donation of 20 dollars. Donations of 20 dollars and over will receive a signed limited edition CD.

Pangea, vital incubator for new work crossing boundaries between theatre, music and elsewhere, will present a veritable pride of diverse entertainers on nine consecutive nights, from June 17 to 26.  Pangea Pride begins with “Ghosts of Weimar Past” featuring Quintin Harris, Sam Bash and Artemisia LeFay on Fri June 17 at 7pm, and reaches its queer crescendo on Sunday June 26 at 7pm with a new show from Flotilla DeBarge, “Black, Hacked and Back.” Check website for list of shows: www.pangeanyc.com