To start this season, the folks at City Center Encores! have taken a chance on “Cabin in the Sky,” the 1940 musical fable about a poor Southern black man given a second chance to live by the Lord (yet still desired by the devil) and his almost too-good-to-be-true wife. It’s the kind of early musical theater piece that, in less seasoned hands, could easily have come off as unpleasantly dated and too folksy by half. Fortunately, thanks to the sensitive direction of Ruben Santiago-Hudson, the thrilling choreography of Camille A. Brown, the efforts of a top-notch cast led by a sensational LaChanze, and a tuneful score by John LaTouche and Vernon Duke played with gusto by Rob Berman and the Encores! orchestra, the result is delightful. 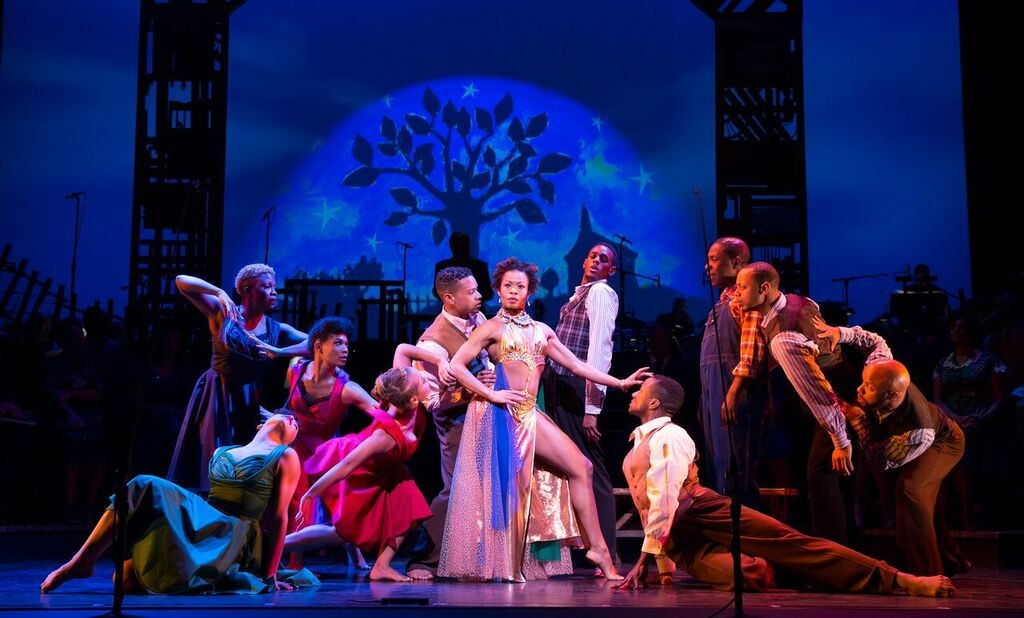 True, Lynn Root’s book is a bit silly and old-fashioned, and the characters are mostly two-dimensional: the pious Petunia (LaChanze), her once-bad, now-good husband Little Joe Jackson (a well-cast Michael Potts), the slinky temptress Georgia Brown (the fine Carly Hughes), the demonic yet put-upon Lucifer Jr. (a delicious Chuck Cooper) and his adversary, the saintly man in white known as The Lord’s General (the dashing Norm Lewis in first-rate vocal form). And while the stakes are arguably high, first as to whether Joe will live or die and then as to whether he can stay true to his word and Petunia, the show is written so lightly that the actual outcomes hardly matter.

The score, much of which is unfamiliar, does matter. It ranges from sweet-natured songs like “In My Old Virginia Home (On the River Nile)” to the saucy “Honey in the Honeycomb” and “Savannah” to the irresistible gospel-tinged “Dry Bones” (featuring a standout solo from Carmen Ruby Floyd), and you’ll want to hear them again and again. As one might expect, LaChanze gives everything she has to her solos, each one becoming a highpoint of the show, most notably an absolutely magnificent “Taking A Chance on Love” and an endearing “Happiness is a Thing Called Joe” (which was actually written for the 1943 MGM film version by Harold Arlen and E.Y. Harburg and has been interpolated here).

Karen Perry’s costumes, which ranging from dazzling technicolor suits to suitably simple dresses, are a wonder to behold, while Anna Louizos’ simple yet effective set leaves just enough room for the extraordinary ensemble to show off their terpsichorean prowess. Indeed, Brown’s choreography is alternately beautifully balletic, marvelously modern and suitably theatrical, and all of it is stunningly executed by some of the most rubber-limbed dancers ever to grace an Encores! show. (I think “Cabin”’s original choreographer, George Balanchine, must be smiling down from heaven.)
Indeed, this is one “Cabin” you’ll leave grudgingly, albeit with a smile on your face. 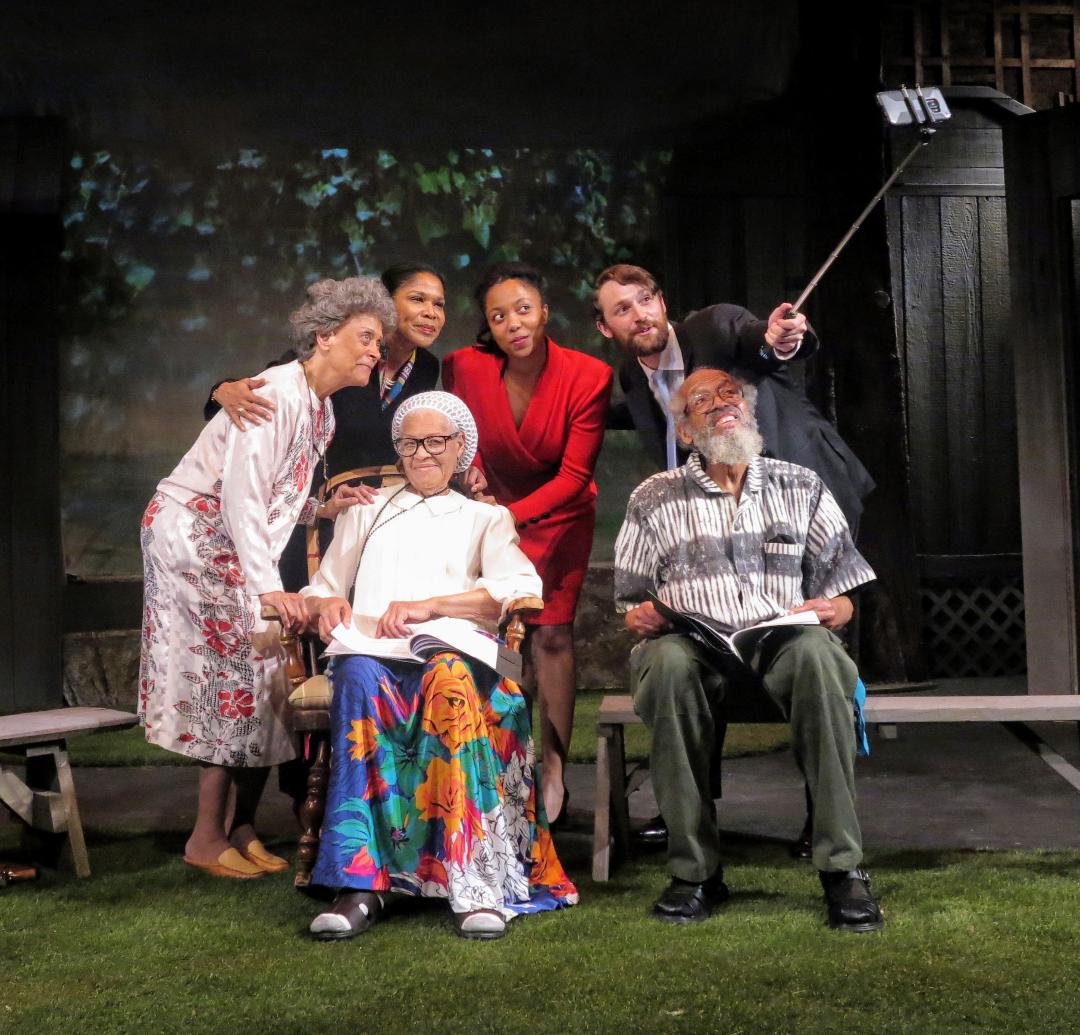 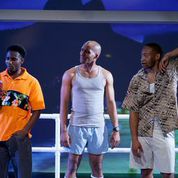 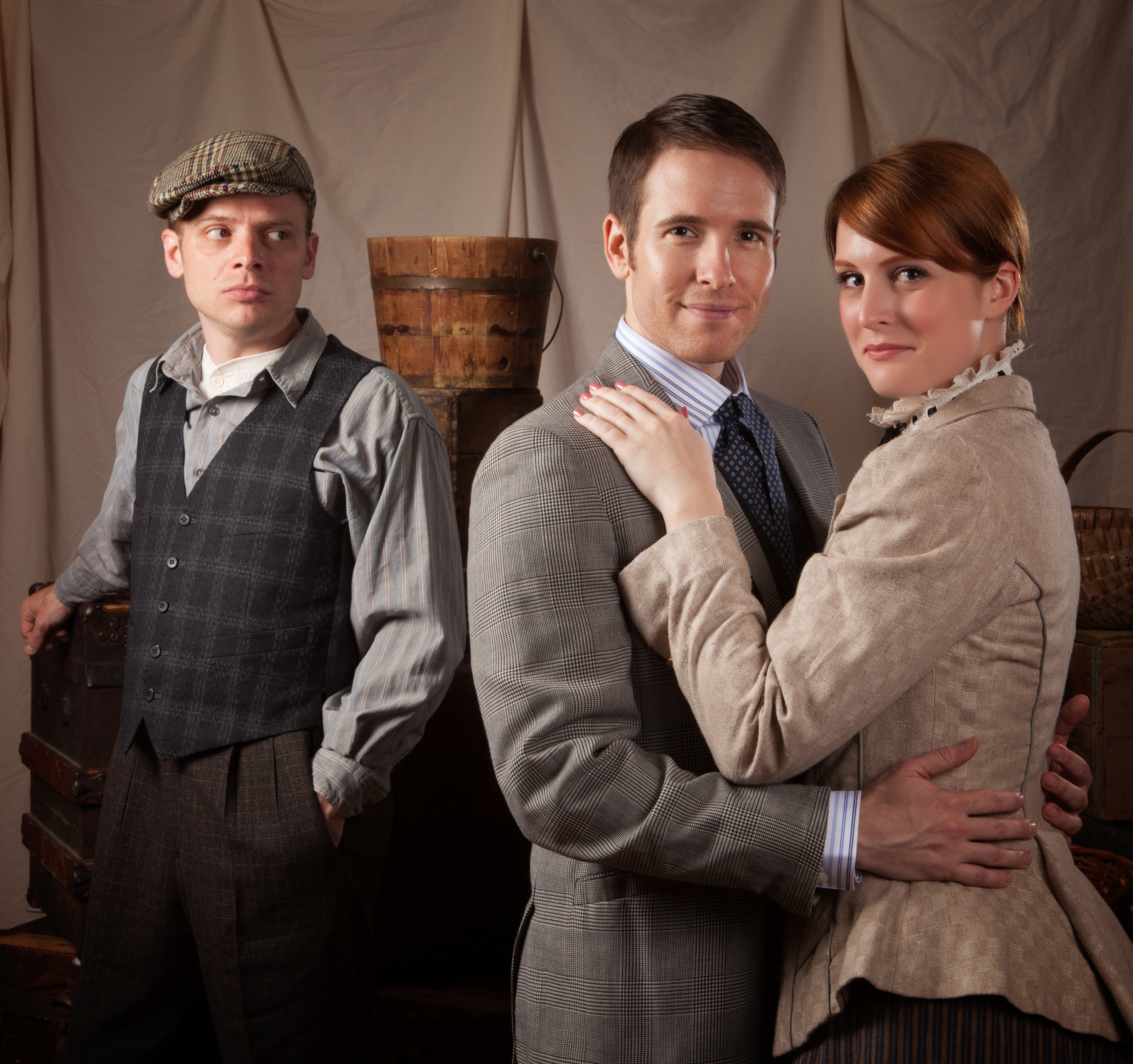