Carmen Cusack at 54 Below 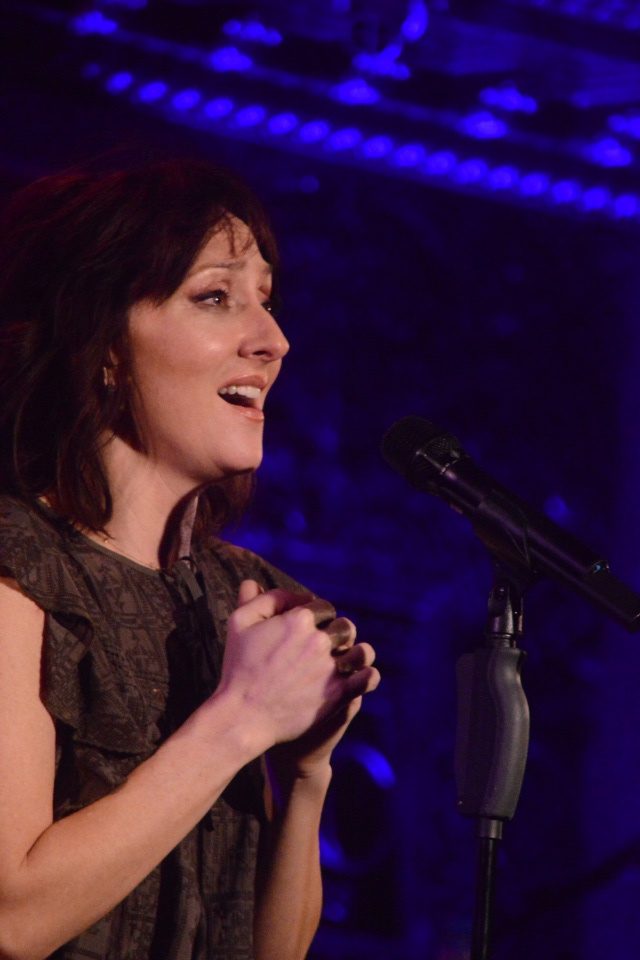 Carmen Cusack popped up at 54 Below April 16th, rescheduled after NYC’s only snowstorm in March left her marooned in Florida. Lucky us, we got to see her on Easter. She entered with a bullhorn singing her own song “Along the Way” and proceeded to get us all to stomping with a medley from Bright Star, the show that marked her Broadway debut and Tony nomination, written by Steve Martin and Edie Brickell. She sang Eva Cassidy’s “Songbird” and gave us the gift of introducing us not only to Eva Cassidy’s artistry, but to a beautiful lilting version of her song. She sang her own song “Shane,” a deliciously sensual ode to a past boyfriend. And it was “Tell Me She Didn’t” from Bright Star that hit the room like an electric shock. Totally in command of every quick beat and lyric, Carmen Cusack pushed out anguish and anger in one startling moment after another. Subtle passion had its moment with “Nearness of You” (Carmichael/Washington) and “People Get Ready” (Curtis Mayfield) was homage to her gospel singing youth. She then explained that her mother felt the need to have the demons prayed out of her young daughter several times. Ah, to no avail, because Ms. Cusack was here to fight back in full voice with her song “Rebellious Child.”

Ms. Cusack’s lithe, articulate body, and a voice that will brook no limits, is a perfectly quixotic spirit to behold. She told us that it had been requested for her to sing a certain song, that this was her first performance of it, and she then sang “She Used to Be Mine” from the musical Waitress (Sara Bareilles). It was simply, the perfect match of artist and song—and unforgettable. She closed the evening with the sultry, cheating “Stop” (Sam Brown/Sutton/Brody) and a haunting “Tonight You’re Mine” (Eric Carmen). Having spent a decade in London, and finally with a recent New York Broadway residence in Bright Star, we can only hope she’ll stick around. Not to be too trite, but she is a true and real Bright Star; and it was a great evening.