Carol Woods Lights Up the Stage at Feinstein’s/54 Below 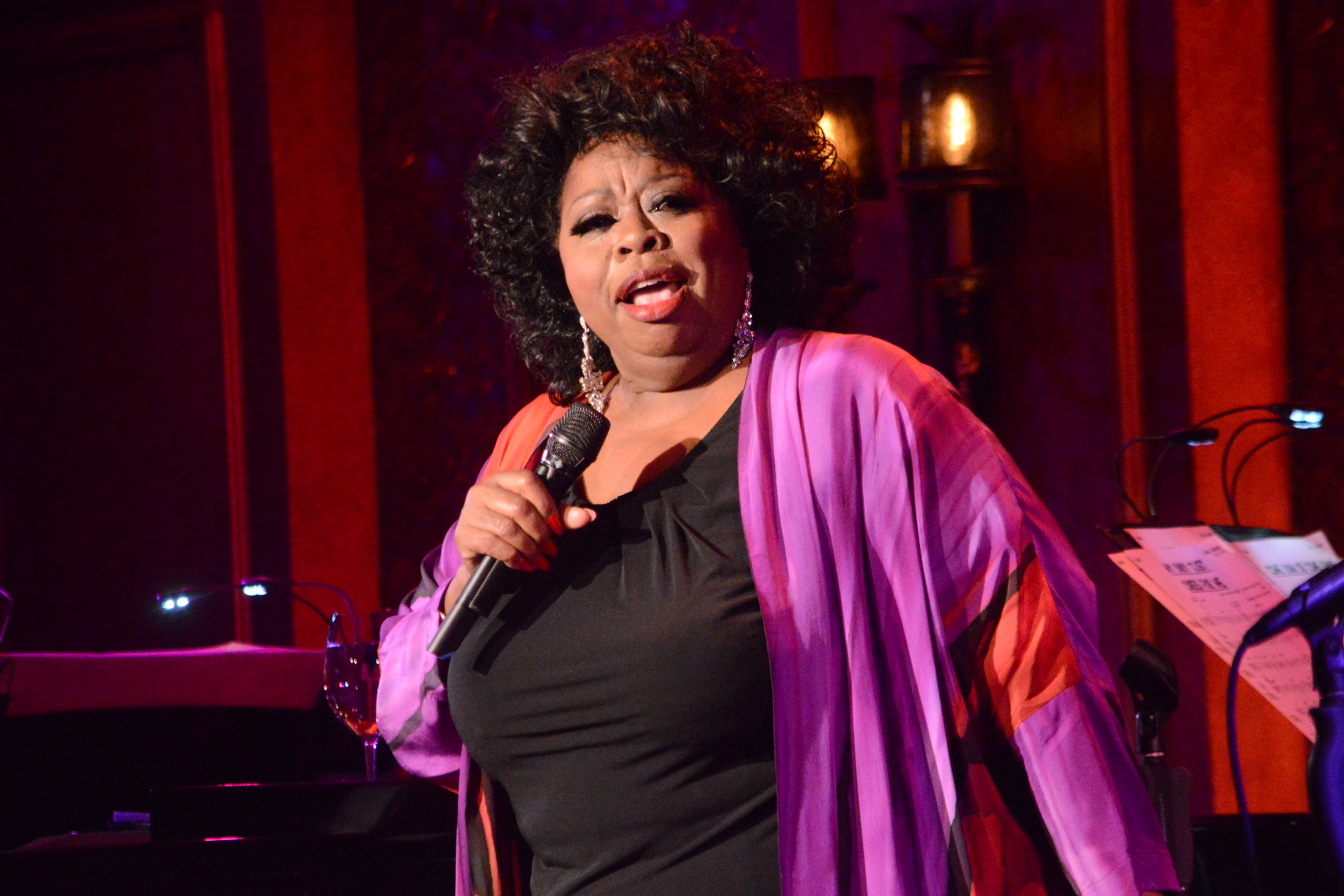 What better way to spend a late evening after the hoopla of the MAC Awards than the late show at Feinstein’s/54 Below with singer actress Carol Woods.

She provided an evening of song depicting a little of her theatre journey and her influences and friends.   She showed what an amazing singer and actress she is and how she can sing a heartfelt ballad in a low key, or belt it out while making you laugh or cry.  She knows what the songwriters were writing and tells the story.  Being the actress, she spent 18 years as Mama Morton in Chicago taking it all over the USA and, luckily for us, to New York. That’s a long time treating audiences to her signature song “When You are Good to Mama.”

Her Broadway romps were The Goodbye Girl, with songs by David Zippel and Marvin Hamlisch, and it was special having David Zippel in the audience.  Woods happened to do the musical version of Stepping Out on Broadway and was the only cast member who recreated her role in the movie which starred Liza Minnelli.

She played homage to her friends with a tribute to Billie Holiday singing“God Bless This Child” and “If I Can’t Sell It” (Ruth Brown’s song), a tribute to Nat King Cole and Natalie, and her best friend and mentor, Margaret Whiting with “Come Rain or Come Shine.”

Her talented daughter Leslie Banks and granddaughter Liana Banks joined her in “I’m A Woman.”

With Musical Director Barry Levitt on piano , Jon Burr on bass and Dave Gibson on drums, Carol takes us on a journey and you don’t want to go  home.