Carole J. Bufford at Feinstein’s/54 Below 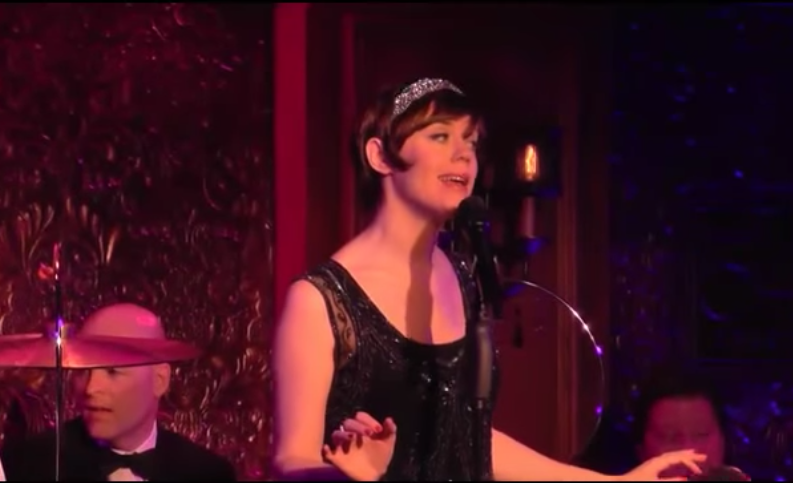 A whole lot of charm, a healthy dose of sass, and some serious drama all marked the return of Carole J. Bufford to Feinstein’s/54 Below, as she debuted her solo show, Roar! The Music of the Jazz Age, on Wednesday, October 19th.

For seventy-five glorious minutes, Ms. Bufford both experienced to her core and communicated with exactitude the heights of joy and the depths of sorrow (and every shade in between) particular to each number, delivering master class performances of songs like Lee Holmes and Julie Lee’s “Won’t You Come Over to My House” and Al Dubin and Harry Warren’s “Brother Can You Spare a Dime.” That old expression, ‘the eyes are the window to the soul,’ could have been written just for Ms. Bufford: hers are big, blue, and full of longing; they radiate beams of pure emotion, penetrating deeply, and reminding us of all the highs and lows of the Roaring Twenties and its aftermath.

‘Versatility’ doesn’t even begin to describe Ms. Bufford’s knack for shifting, chameleon-like, amongst the precise moods, attitudes, and characters her songs call for. She’s already demonstrated why, so early in her career, she’s become one of the most sought after up-and-coming cabaret singers in the business, having recently completed an acclaimed 10-month solo residency at New York’s famed Birdland Jazz Club.

Her ability to get you to feel deeply might be Ms. Bufford’s greatest gift of all, and she has many. Her singing is sensational and naturally suited to the songs of the twenties and thirties: her lush, low tones on Gerald Marks & Seymour Simons’ “All of Me” had the audience hypnotized. It, along with her rendition of Joe Primrose’s “St. James Infirmary,” were the emotional high points of the evening. But she’s a flapper at heart, displaying explosive exuberance on several up-beat numbers, such as Eddie Green’s “A Good Man is Hard to Find” and Tom Delaney’s “Jazz Me Blues.”

While her natural talents are immense, a profound ethic and respect for the material seems to undergird her work. Every note, every gesture, every turn of her head and flash of her eyes, are afforded thought and polish; her choices are bold, exciting, and no details are left unchecked. While for a split second here or there, this precision can be a touch constraining, it is rare to see a performer, at such a young age, own the stage like she’s been at it for decades.

Carole J. Bufford in Roar! The Music of the Jazz Age