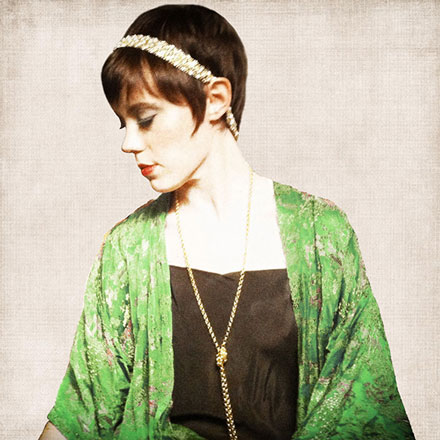 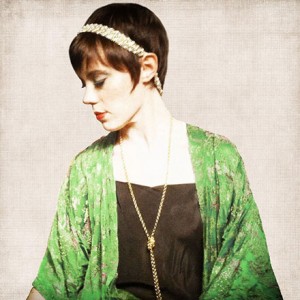 When a show is titled Heart of Gold: A Portrait of the Oldest Profession, one has the right to expect an evening of jazz, blues, perhaps even a bit of country and rock. But Carole J. Bufford’s show, which she brought back to Feinstein’s/54 Below on Oct. 16, has unexpected delights, including “The Good Time Girl,’ also known as “The V. D. Polka,” which was a big hit for The Andrews Sisters.

Strutting through the audience in a black raincoat, Bufford soon opens it to reveal a black corsetiere, complete with garters attached to sheer black stockings. During the show the raincoat is replaced by a kimono, blazer or fur stole, but the corsetiere remains. Occasionally the outfit is augmented with a black fedora.

Thus clad, Bufford sings a medley of songs made famous by the likes of Ella Fitzgerald, Ethel Waters, Julie London, Dolly Parton and even Elton John. Between the songs there are numerous witty quotes, mostly from men such as Noel Coward, Steve Martin and George Orwell, who may or may not have known a great deal about women who make sex, as Steve Martin once said, “one of the most beautiful, natural, wholesome things that money can buy.”

A screen on the side of the stage features a series of projections that serve as titles for the various sections of the show: “The Reckless Youth” or “La Putain.” They give the evening even more of a naughty, burlesque atmosphere.

Particularly poignant are Bufford’s renditions of Tom Waits’ “I’m Your Late Night Evening Prostitute” and Richard Rodgers and Lorenz Hart’s “Ten Cents a Dance,” while Bufford is every bit as cheeky as Mary Martin with Cole Porter’s “My Heart Belongs to Daddy.”

The show ends with the inevitable and incomparable “House of the Rising Sun” when, for the last time, Bufford’s band (musical director Ian Herman on the piano, Tom Hubbard on bass and Howie Gordon on drums) helps her bring down the house.

Bufford mixes sorrow and spunkiness, intensity and nonchalance with admirable ease. Then she throws in lots of personal style and a voice that could make the ladies of the Law and Order League lose their heads. One can argue whether prostitution is really the oldest profession, but there’s no arguing with the brilliance Bufford displays in singing about it.