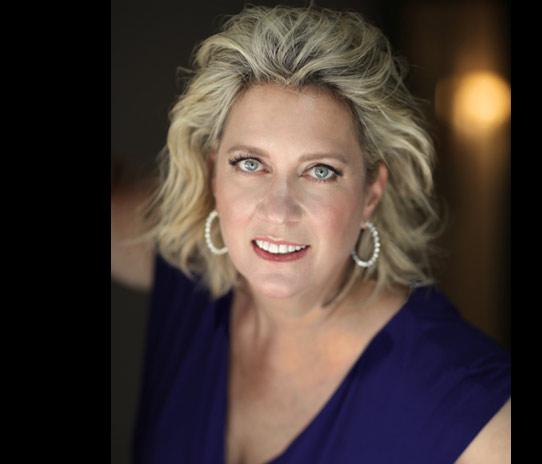 A veteran cabaret artist returns to the stage with her great voice undimmed. 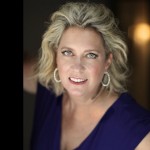 Vivacious barely describes Carolyn Montgomery-Forant in her show Visible Phoenix at the Laurie Beechman Theater, her first in a number of years. Returning to the cabaret world after a self-imposed exile, Ms. Montgomery-Forant, her voice still rich and ample, has put together a program of numbers—some by herself—that paint a portrait of a self-composed, warm-hearted mom and spouse, and an artist just bursting at the seams to tell her story in the best way she knows—through song.

The title song, written with Jeff Cubeta, described how she came to re-invent and re-invigorate her life. Also co-written with Mr. Cubeta was “The Lebanese Lament,” a naughty song about how the most unlikely people—male and female—make unwanted drunken sexual advances after discovering she’s a lesbian.

Her solid “Night and Day” (Porter), sung mostly in French, was followed by a slow, almost torchy “You Fascinate Me So” (Coleman/Leigh). “Hot in Here” (McBroom/Brourman) conjured sensual feelings of heat and moisture, while Rupert Holmes’s “Lunch Hour” wittily took on the sexy subject of “afternoon delight,” which led Ms. M-F to speak of meeting her future wife up in Provincetown while holed up learning the meat and potatoes of cabaret performance art.

“If Ever I Would Leave You” (Loewe/Lerner) was rethought as a moving, dreamy tribute to her son who brought much happiness while she temporarily retired from performing to raise him.

She paired the Country/Western “Angel from Montgomery” (John Prine), about the hardscrabble life of a country girl with “Life Story” (Maltby/Shire) about a very modern urban woman’s battles and hard-won mini-triumphs in marriage, motherhood and freelance writing.   Even darker was Michael John LaChiusa’s “Remember Me” in which the singer contemplates her emotional and spiritual legacies and what we leave behind, something touched on in “For All We Know” (J. Fred Coots/Sam M. Lewis), a tender, but sad song about fate parting two lovers: “For all we know, we will never meet again—before you go make this moment sweet again.” Even in Ms. M-F’s clear-eyed interpretation of the breezy arrangement by her music director/pianist Jon Weber, the deep sadness was never far away.

For her encore, her odd, but charming choice was “Plus Je T’embrasse,” Ben Ryan’s French version of his well-known “Heart of My Heart,” a sweet way to end a show full of complex emotions.

On several numbers the Fine Whine, the ad hoc vocal trio, provided back-up. They were Rebecca Kendall, Stephanie Thomas and Margaret Kelley.   Maestro Weber’s band included Matt Scharfglass on bass, Richard Huntley on percussion, Jonathan Kantor on reeds and Sean Harkness on Guitar, all of whom gave life to the richly textured and witty arrangements. Eric Michael Gillett directed with his usual subtlety.