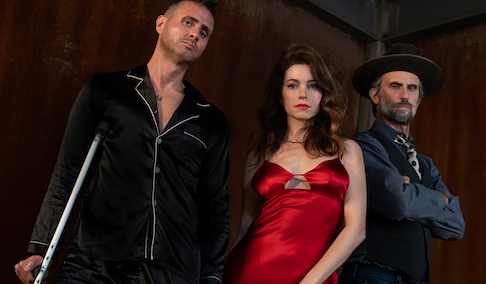 Ruth Stage announced that Obie and Drama Desk Award winner Frederick Weller (To Kill a Mockingbird, “In Plain Sight”) will join their provocative and controversial modern staging of Cat on a Hot Tin Roof as ‘Big Daddy.’ An 8x Broadway veteran, Mr. Weller is also known for originating the role of ‘Shane Mungitt’ in Take Me Out which debuted on Broadway in February of 2003 at the Walter Kerr Theatre.

Ruth Stage’s Cat on a Hot Tin Roof returns to the Theatre at St. Clement’s (423 W 46th Street) on February 24, opening March 5, running thru March 31, after a hit off-Broadway premiere run last summer. The original 35 performance run was the first time in history that the Tennessee Williams estate had granted permission for the show to be staged off-Broadway.

This landmark production will be helmed by returning director Joe Rosario and his creative team which features Matt Imhoff as the set designer, Christian Specht as the lighting designer and Jesse Meckl as the stage manager.  www.RuthStage.org