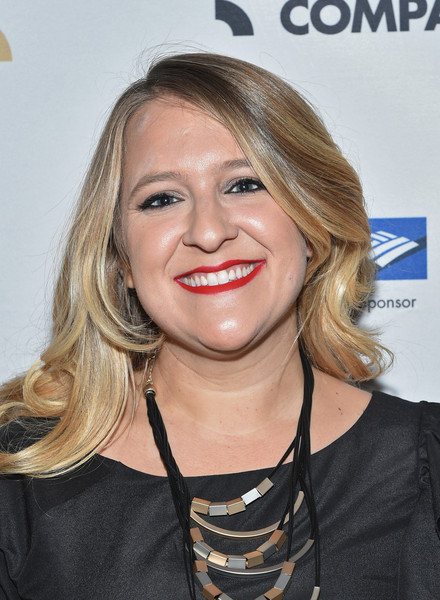 The 2016 Kesselring Prize was awarded to playwright Lindsey Ferrentino Monday, Nov. 14,, at The National Arts Club. For those fortunate enough to be present, it was a magical evening.

Scenes from four Ferrentino plays were read by an outstanding group of actors, all of whom had played their roles in other venues.

The prize was created by the NAC to honor Joseph Kesselring and is funded by his widow, Charlotte.  Kesselring wore many hats in the theater, but is best remembered for the uproarious black comedy Arsenic and Old Lace.   The prize brings $25,000 plus a stint living and working in  The National Arts Club, of which Kesselring had been a longtime member.

The ceremony began with words of welcome by Linda Zagaria, the always chic president of The NAC. Next came remarks by Tovah  Feldshuh. Then came artistic director and advisor Michael Parva to whom in the course of the evening many expressed appreciation.

The four plays of which parts were read were: Moonlight on the   Bayou, Kokomo, Ugly Lies the Bone, and the delightfully hilarious Amy and the Orphans. All the performers were excellent starting with John Fitzgibbon, who acted as stage manager, setting the scene and explaining what had happened and what would; Chris Stack, who did yeoman work appearing in all four segments; Jasmin Walker; Mamie Gummer; Caitlin O’Connell, Christianna Nelson and Peter Friedman.

The award was presented by David Glanstein, chair of the Kisselring Committee, whose members are Linda Selman, Marguerite Yaghjian, Colleen Katz, Ava Warbrick and Arnold Davis.

The judges were playwrights John Guare and Lynn Nottage and dramaturg Anne Cattaneo.

The award is intended for up-and-coming playwrights who must be nominated by a producer of their work. Lindsey Ferrentino was proposed by the Geffen Playhouse.