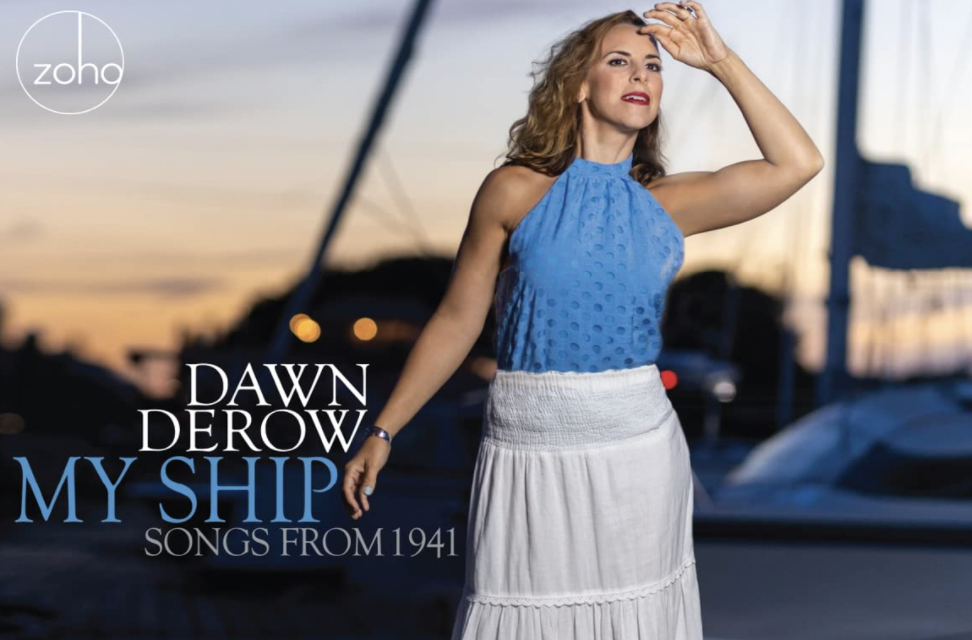 Back in 2017, preparing for a new cabaret show, actress-singer Dawn Derow discovered that 1941 was quite a magic year—not only in music, but on the stage and in film. Thus was eventually born My Ship: Songs from 1941, which went on to great success in the cabaret world. With such a treasure chest of music under her belt, it made sense to record those songs, now available on CD on the ZOHO label. In it are 14 splendid tracks, with the added bonus of more robust instrumentation added to the show’s core group of music director-pianist, Ian Herman; bassist Tom Hubbard and drummer Daniel Glass.

The result is a gorgeously produced album of standards that were written by and sung by the creme de la creme of that era. Derow does them all justice with updated arrangements by Herman and the late Barry Levitt, who initially developed the show with her. My Ship is a rare CD that’s exquisitely polished and so well-crafted it deserves pride of place in any music-lover’s collection—one that can be listened to time and again with evergreen appreciation and joy.

Devoid of the narrative through-line inherent in a cabaret show, the songs of My Ship are not without context.Thecollection still achieves a range of emotions conveyed in music and lyric. They provide intensely meaningful statements that tell a story about that world of 80-plus years ago. Yet, although we may be long past World War II, we still live in a time of angst and upheaval, revealing these tunes and their various messages to be potently timeless.

And it was the swing era, let’s not forget. The jiving Andrew Sisters are captured in a medley of their hits with ““Boogie Woogie Bugle Boy” (Don Raye, Hughie Prince), “Don’t Sit Under the Apple Tree (With Anyone Else but Me)” (Sam Stept, Lew Brown, Charles Tobias) and “The Hut Sut Song (A Swedish Serenade)” (Leo V. Killion, Ted McMichael, Jack Owens). Likewise, “Why Don’t We Do This More Often? (Allie Wrubel, Charles Newman), featuring a stunning trumpet intro by Benny Bennack III and a laid-back Aaron Heick on clarinet; and a medley of “Let’s Get Away from It All/How About You” (Matt Dennis,Tom Adair/Burton Lane, Ralph Freed) each invoke images of dancing bobby socksers, a reminder that big band music was made for the dance floor.

Although Derow has a fair range to her crystalline voice, her comfort zone is in the operatic soprano area. It was an original intention of hers to pursue opera before switching to popular music genres. The album closer, “(There’ll Be Bluebirds Over) The White Cliffs of Dover” (Walter Kent/Nat Burton) is a nod to that bygone study, which underpins and serves well her current preference for American popular music and songbook standards. The song was a hit for

Dame Vera Lynn in the UK and Kate Smith in the US; it’s poignancy, though, is not time-bound and Derow conveys with elegance the aching hope that all will soon be better. It’s a fitting last song for a world still struggling with a pandemic, climate change and political unrest. That same pathos and yearning is beautifully conveyed in the title song, “My Ship” (Kurt Weill, Ira Gershwin), made strikingly evocative by Heick’s flute solo and accenting.

The success of My Ship: Songs from 1941 owes much to the crew of brilliant musicians who back Derow’s vocals. Central to them is Herman’s sure, steady and anchoring piano accompaniment and creative solo work, heard most captivatingly throughout, but especially resonant on a pair of Duke Ellington/Billy Strayhorn numbers, “Squeeze Me (But Please Don’t Tease Me)” (lyric by Lee Gaines) and “I Got It Bad (and That Ain’t Good)” (lyric by Paul Francis Webster). The crafting of the sweet lullaby from Walt Disney’s Dumbo, “Baby Mine” (Frank Churchill, Ned Washington) is perfectly balanced between Derow’s vocals and Herman’s piano.

Other masters of their craft adding heft to the Herman-Levitt arrangements are Dan Levine, on trombone and guitarist Sean Harkness, as well as a string quintet for lush underpinnings.

From joy to playfulness to sorrow and hope and more, Derow knows her way around nuancing a tune and creating a dramatic arc with a lyric. Storytelling is what it’s all about and this collection does the job to perfection. My Ship stands out as an exemplar of the era—and is exactly the music we need now in these modern times of ours.

Dawn Derow, My Ship: Songs from 1941 (ZOHO Label) is available now from Amazon, iTunes and other vendors, as well as on all streaming platforms. 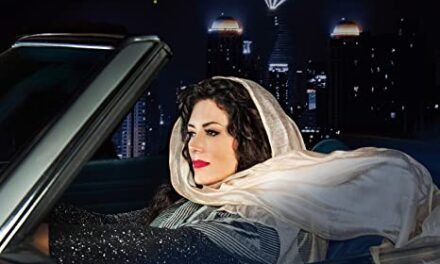 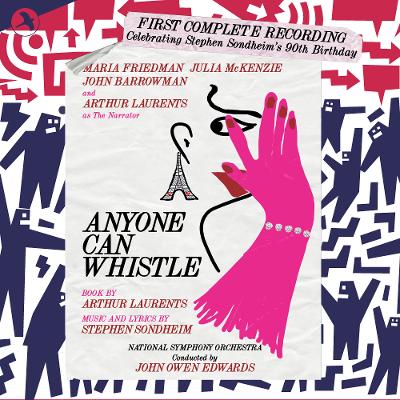 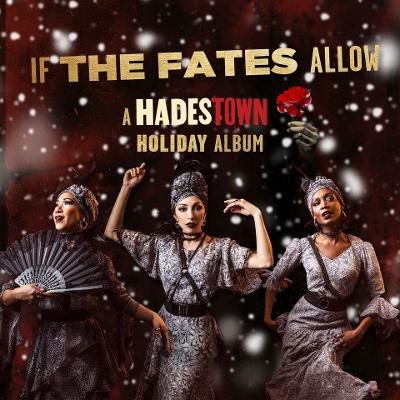