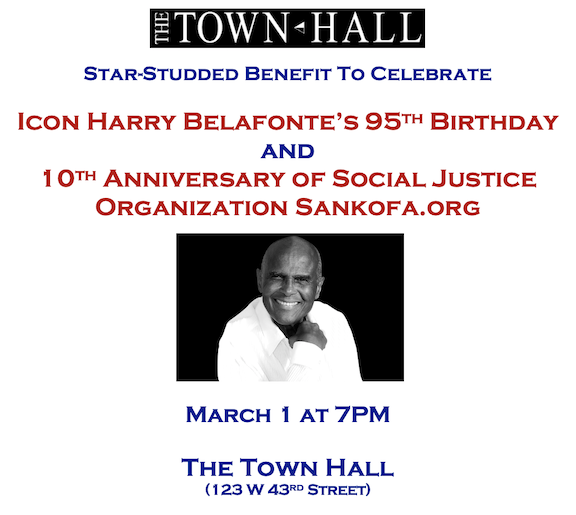 A star-studded line-up will celebrate the 95th birthday of legendary singer, songwriter, activist, and actor Harry Belafonte. The benefit evening (HB95) will also present the inaugural Harry Belafonte Social Justice Awards in honor of the 10th anniversary of Sankofa.org, the social justice organization Mr. Belafonte co-founded. HB95 will be held on March 1, 2022 at The Town Hall (123 W. 43rd Street) at 7:00 PM ET.