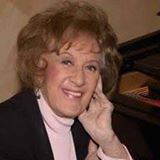 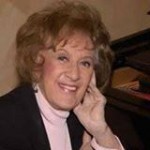 The 92nd St Y and South Carolina etv Radio presented a Celebration of the Music and Life of Marian McPartland on March 20th, which would have been her 96tt birthday, to a full house of  fans, friends and family.

And what a celebration it was! British born, she passed away on August 20, 2013 and left a legion of jazz aficionados lamenting her loss but grateful for having her in their lives for so long.

Jon Weber was the host, and one of the many jazz pianists, for this star packed tribute and he struck just the right warm and appreciative tone for a woman who was respected, admired and described by her peers as one of the “most important jazz figures of the last century!”

As if the impressive roster of musicians, that also included horn players Jon Faddis, Mike Kaupa, Grace Kelly and Bria Skonberg, weren’t enough, when Tony Bennett and Michael Feinstein made their surprise appearances, it served to remind the audience that they were part of a truly historical evening honoring a woman who’s inspiration and influence in the jazz world will be remembered for generations to come!