Celebration of the Life of Florence Henderson 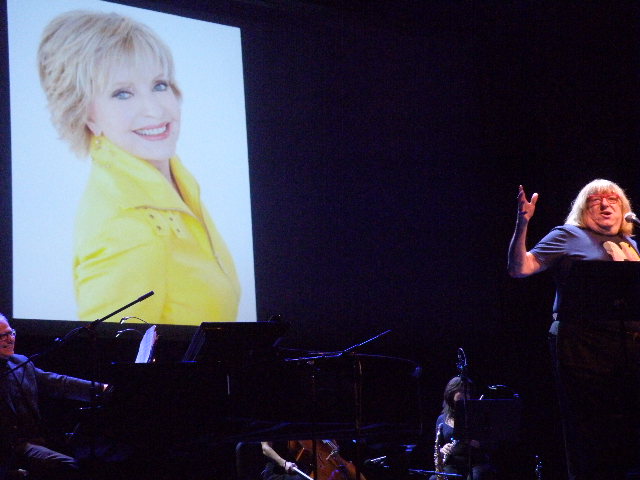 On Tuesday February 21st, friends and co-workers celebrated Florence Henderson who passed away in November at the age of 82. The celebration was a week after her birthday which was on Valentines’ Day
entitled “The Life and Talent of Florence Henderson. ”

Opening with a video montage of her career,  another video was shown later from her commercials of Wesson Oil  and  her many hair styles. Mostly as Carol Brady on the Brady Bunch, she had an extensive Broadway career before coming aboard as the mother of the six Brady children and was on the road doing many other shows, mostly Rodgers and Hammerstein. The performing roster consisted of James Snyder who sang “Fanny,” where they met performing Fanny at Encores, Bruce Vilanch singing his own version of “All the Lives of Me” (he wrote the “Brady Bunch Variety Hours”), Michael Feinstein singing “Wish You Were Here” and looking lovingly at the photo of her on the stage behind him. Roven invited opera singer Pretty Yende (Metropolitan Opera) to sing “You’ll Never Walk Alone,” Barry Williams, who played Henderson’s oldest son Greg Brady, sung an emotional “Gone Too Soon” and later at the end of the tribute returned with Christopher Knight, Brady’s middle son Peter, and Judy Gold who hosted, singing the theme song from the “Brady Bunch” and the audience joined in ending the show. Incidentally, over the many years that the “Brady Bunch” has been off the air, they all kept in touch. The audience was filled with many a Broadway luminary, friends and TV and Broadway fans.

Personally, I can say I knew Florence Henderson the longest, meeting her during the run of “The Girl Who Came to Supper” until her demise –  long before she became a TV legend. She was gracious and would provide me with tickets to every TV show.  I spent many a night at the Tonight Show when she was a guest and actually hosted it, “Bell Telephone Hour” etc. And attended all her concerts. Why she even got me a special seat in a private booth when she did “South Pacific” at Lincoln Center. When she got cast in “The Brady Bunch” and moved to California we still kept in touch, I would see her many times when she returned to do something in New York. Every Christmas I received a beautiful Christmas card from her and surely missed it this year. When she first began the Brady Bunch, Family Circle magazine did an interview with Florence, and they asked her if there was any special person in New York that she remembers. I’m honored to say  I was that special person she named.

This celebration was produced by Glen Roven her long time musical director, Kayla Pressman her publicist, and manager and Rich Aronstein.