Charles and Steven Help Charlie and Algernon Ace The Maze 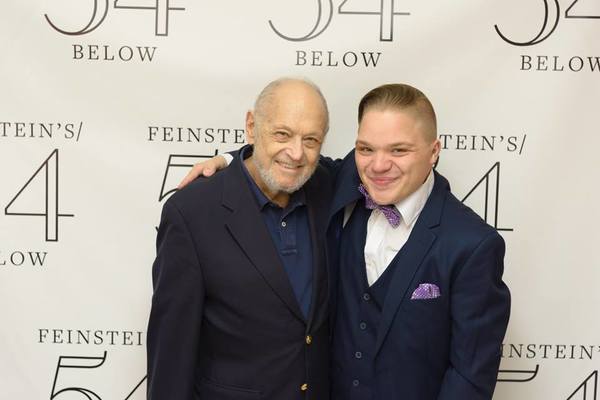 Charles Strouse (88) and Steven Carl McCasland (30) may view life from opposite ends of the age spectrum but boy, oh, boy, do they see eye to eye on the matters of art.

By the time Steven McCasland was 30 he was a classically trained pianist who’d earned a BA in Directing from Pace University, had founded and was the Artistic Director for The Beautiful Soup Theater Collective, had arranged for six of the 12 imaginative plays he’d written about fascinating historical figures from Lillian Hellman to Rosemary Kennedy, Tennessee Williams and Elisabeth Schwarzkopf performed in repertory where they garnered rave reviews from discriminating critics who prefer the vigor of Off-Off-Broadway, to the better-make-your-investment-back-fast banality of the not always so great White Way.

By the time Charles Strouse was 30, he’d graduated from the Eastman School of Music, won fellowships to Tanglewood, studied under Aaron Copeland and Nadia Boulanger, was a popular accompanist for auditioning Broadway performers, had travelled the South on the Chitlin’ Circuit with African-American entertainers and had spent several summers at a Green Mountain resort where he and Lee Adams wrote a new show every week. Their efforts morphed into Broadway’s Shoestring Review, and were followed by their first musical, A Pound In Your Pocket, based on a Dickens Story and produced in Easthampton and Palm Beach. Two years later at age 32, Strouse took home the first of three Tony Awards for the score of Bye Bye Birdie, the smash hit precursor of the rock musical.

Their first professional connection? When McCasland directed Strouse’s melodic, moody, schmaltzy Rags for The Beautiful Soup Theater Collective. Rags was about the Eastern European immigrants who established the garment industry as well as its unions. Despite having closed after only four performances Strouse’s score had earned him a Tony nomination. Psst! It’s one of my favorite musicals and I see it every time it’s performed.

Last year, McCasland, aware that being called “the future of theater” didn’t necessarily supply a roof over anyone’s head, accepted a day job at the Drama Book Shop and was soon handling their social media and arranging author in-store appearances. He also produced and directed a sell-out Benefit for the shop at Feinstein‘s/54Below which impressed Jennifer Ashley Tepper, Feinstein’s Director of Original Programming-cum-musical-theatre-historian/author. She asked McCasland if he had any other programs up his sleeve and learned he shared her passion for providing unjustly under-appreciated musicals with second chances. Their first joint effort was the suddenly timely Onward Victoria! about Victoria Woodhill, the first female presidential candidate, which starred Jill Eikenberry, but closed after only one performance. McCasland trimmed the libretto, highlighted the score and packed the essentials into an emotional 75-minute dinner theater time frame. But the delight of the evening was the appearance of Jill Eikenberry and her LA Law and real life husband, Michael Tucker, who spoke about performing the role.

Next, in mid September, came Charles Strouse’s Charlie and Algernon, which had only lasted for 17 performances on Broadway, yet still earned a Tony nomination for Strouse’s musical score. Charlie and Algernon, was based on a touching, best selling science fiction novel/movie, Flowers for Algernon, about a mouse whose intelligence soared after an experimental surgical procedure, and Charlie Gordon, a young man with an IQ of 60, who, after undergoing the same surgery, was ecstatic about beating Algernon’s time running the maze and eventually became inhumanly brilliant … at least for a while.

Strouse’s score remains a musical revelation. It contains whatever kind of melody — peppy, morose, vaudevillian, sensuous, sultry – is needed to set any desired mood. David Rogers’ clear, precise, supportive lyrics reveal what the characters actually thought and felt. So what went wrong? In 1981 Broadway audiences may have still expected a boy-meets-loses-gets-girl happy ending. A boy-gets-dead-mouse was harder to accept.

McCasland credits Musical Director James Horan with the success of the productions. “He digitized the handwritten manuscripts, and wrote the entire cello part! I couldn’t do these without him.” McCasland also employed his usual terrific artistic judgment in selecting the performers. I was particularly moved by Vanessa Spica’s No Surprise in which she sings about her love for the children she teaches. But McCasland really went outside the box by ensnaring the participation of two of the show’s stars. Sandy Faison, Charlie’s original supportive teacher and eventual love interest, read McCasland’s narration. P. J. Benjamin, the original Charlie, shared many of Charlie’s songs with others — Lucas Schultz as Little Charlie, Adam Cantor and 2015 Bistro and Mac Award-winner Stearns Matthews as the increasingly more intellectually developed Charlie – but P. J. not only kept but totally owned Charlie’s final four songs which expressed his understanding of the limitations of his future, He knocked them way out of the ball park! But the sweetest moment may have been the appearance of Charles Strouse on stage, looking and sounding two decades younger than his years and acknowledging how touched he still was by the story and by the songs.

On January 5th expect Eating Raoul with The Skivvies and Lesli Margherita as murderous restaurateurs with Shelter by Gretchen Cryer and Nancy Ford and Michael Valenti’s full-bodied Mademoiselle Colombe scheduled for April. And try to guess who else is coming to dinner, because once again, there will be special unannounced guests. 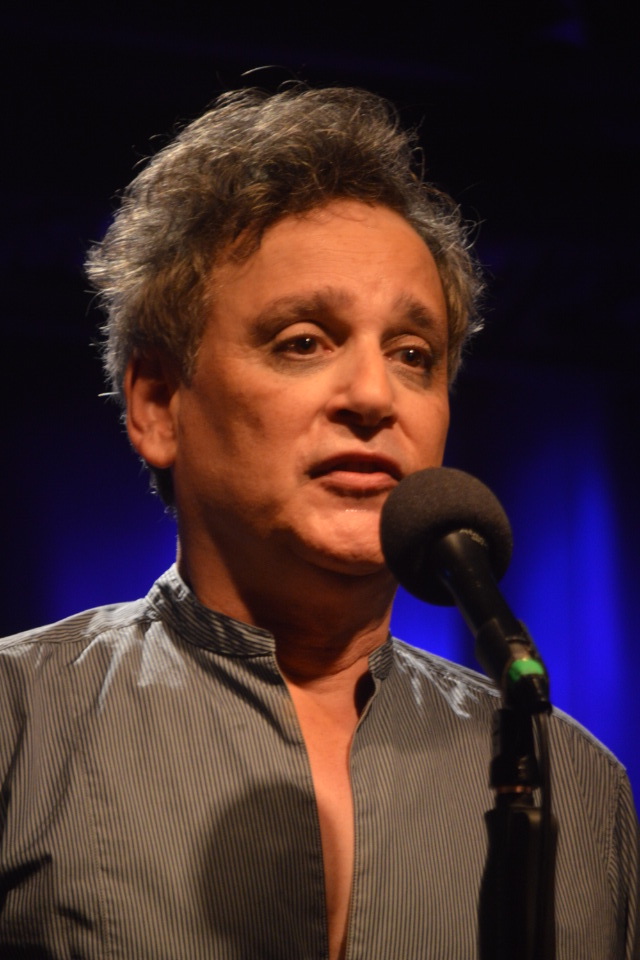 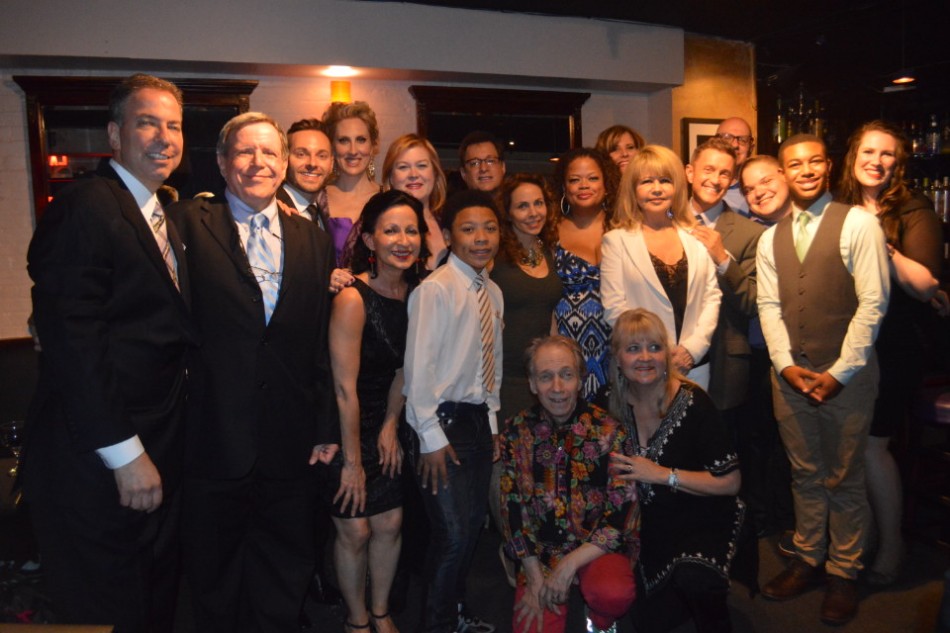 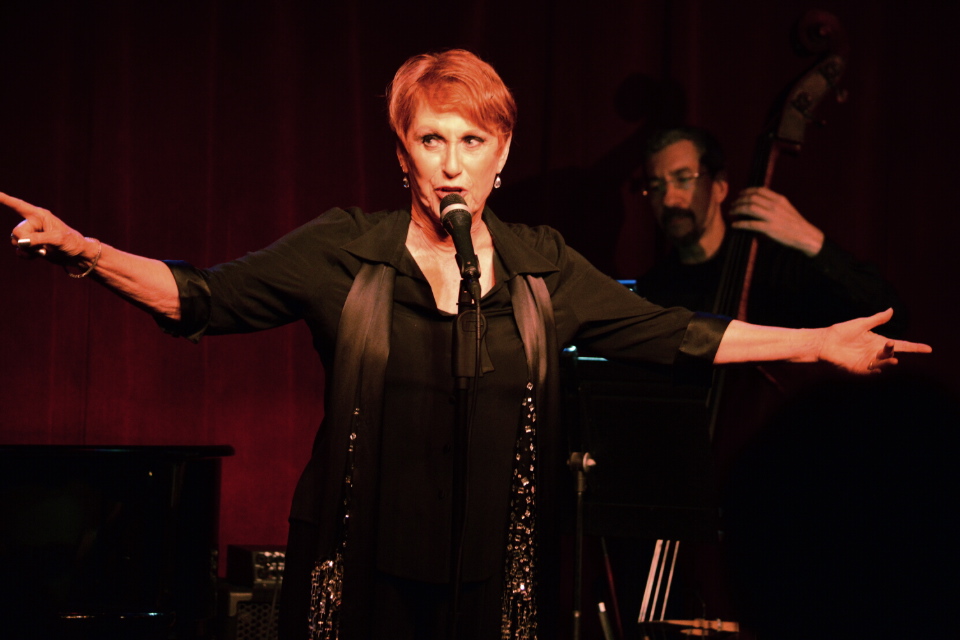 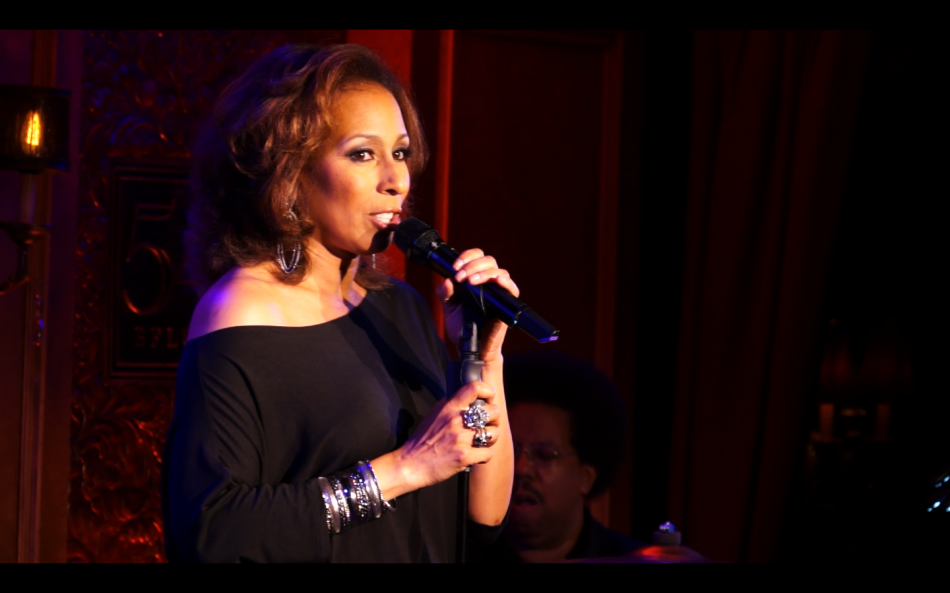