Charlie Rosen Big Band at 54 Below 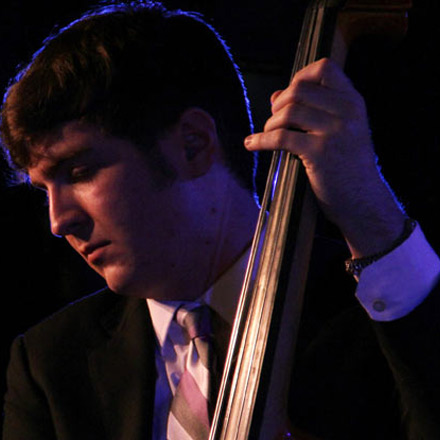 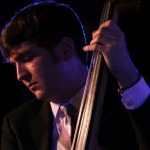 In my opinion Richard Frankel has the biggest cojones in Manhattan. When he opened a sumptuous supper club in a 54th street basement skeptics gave him mixed reviews — good and crazy, but they’re now eating Crow a la King while everything 54Below touches causes Frankel’s Gold Cup to overflow. Frankel opened booking Broadway stars like Patti LuPone, Christine Ebersole, Ben Vereen, Paulo Szot, but now even those who sometimes had difficulty filling traditional cabaret rooms like The Metropolitan Room and Don’t Tell Mama, have strangers leaping down the stairs to wine and dine and just feel fine listening to them at 54 Below. This is my favorite Broadway destination. I always leave feeling physically, mentally and spiritually uplifted. Who could ask for anything more?

On February 5th, I stopped there for the late show at 9:30 pm when Charlie Rosen’s Broadway Big Band would be taking the stage. I was sure finding a seat would be nooo problemo. I must have been good and crazy to assume that. The room was packed, and not with grey haired seniors but with a golden audience of the demographically desirable young‘uns aged 19-40. This was Charlie’s Band’s second gig at 54Below so the band had to be more than OK, and I was impressed with the singers he’d imported, particularly Margot Seibert, the star of Rocky, The Musical and Jeremy Jordan, with triple threat Broadway/TV credits for Bonnie and Clyde, Newsies and NBC’s Smash, as well as the forthcoming Jason Robert Brown song cycle film, The Last Five Years, about the mysteries of love.

At 9:30, a astonishing tsunami of melody, harmony and subtle discord burst forth from the 18 musicians (including a gorgeous female saxophone player!) ensconced on stage. Charlie Rosen’s complex and dominant arrangement of The Prologue from West Side Story reminded me of the iconic Stan Kenton Band. Only 24, Charlie has let no grass grow under his fingers. ‘I started playing on the piano at the age of three, studied bass in school, but I play many gigs on guitar and drums as well, and I’ve been learning brass instruments in my spare time.” What spare time? Does he write half notes with a pen between his toes? Charlie also contributed arrangements for Honeymoon in Vegas, composed the score for Roundabout’s Cyrano de Bergerac, was musical director and played bass for the onstage band in One Man, Two Govnors. Next step? The guitar, mandolin and zither you hear at Kander and Ebb’s The Visit will be played by him.

I was particularly taken by Hannah Elless, currently the ingénue at San Diego’s tryout of Bright Star, a folksy musical by The Steve Martin and Edie Brickell. Hannah sang You’re the Top with unabashed joy and enough understanding of the lyrics to make me realize what Porter actually meant by top and bottom. Her wistful but bold delivery of Kander and Ebb’s But the World Goes Round was equally impressive.

Charlie’s song choices were the best: Bernstein, Sondheim, Loesser, Rogers and Hart, Cy Coleman, Kander and Ebb. As for the vocalists, if not already, you’ll be seeing them starring on Broadway soon. Success hasn’t spoiled Jeremy Jordan. He’s more so in the present and his duet with Ben Fankhauser – they worked together in Newsies — on You’re Nothing Without Me tore down the house. Ciara Renee — between Pippin and Disney’s future Hunchback of Notre Dame, took us through Chicago with Actor/Writer Julia Mattison and gave My Funny Valentine a sense of desperation. Singer/composer/lyricist Nick Blaemire, soon of Signature Theater’s Soon, displayed J. Pierpont Finch’s crafty innocence in the How to Succeed Medley, and Lauren Moline, a last minute substitution, done herself proud as Flora the Red Menace.

Charlie Rosen’s Broadway Big Band returns to 54Below on May 7th at 9:30 pm. Do yourself a favor and mark it on your calendar.